Fifty-eight died and more than 800 were injured after a man opened fire on the Route 91 Harvest Festival on Oct. 1, 2017.

The Route 91 Harvest music festival was for years a highlight for their friend group, when Tiffany Reardon, Sabrina Mercadante and several others would book hotel rooms on the Strip for the long weekend even though they live in Henderson.

It coincided with Mercadante's birthday, so Reardon would decorate their room and buy a cake. Both work for the city of Henderson -- Reardon in the redevelopment agency and Mercadante as the city clerk. Both are Henderson natives who attended Basic High School, but not at the same time.

On Oct. 1, 2017, people around them were shot and killed at the country music festival at a venue across Las Vegas Boulevard from the Mandalay Bay resort. Fifty-eight died and more than 800 were injured. The approximately 22,000 in attendance left with sights, sounds and firsthand terror seared into their minds.

For these two women, already tight for years after meeting through mutual friends, it further forged an existing love. 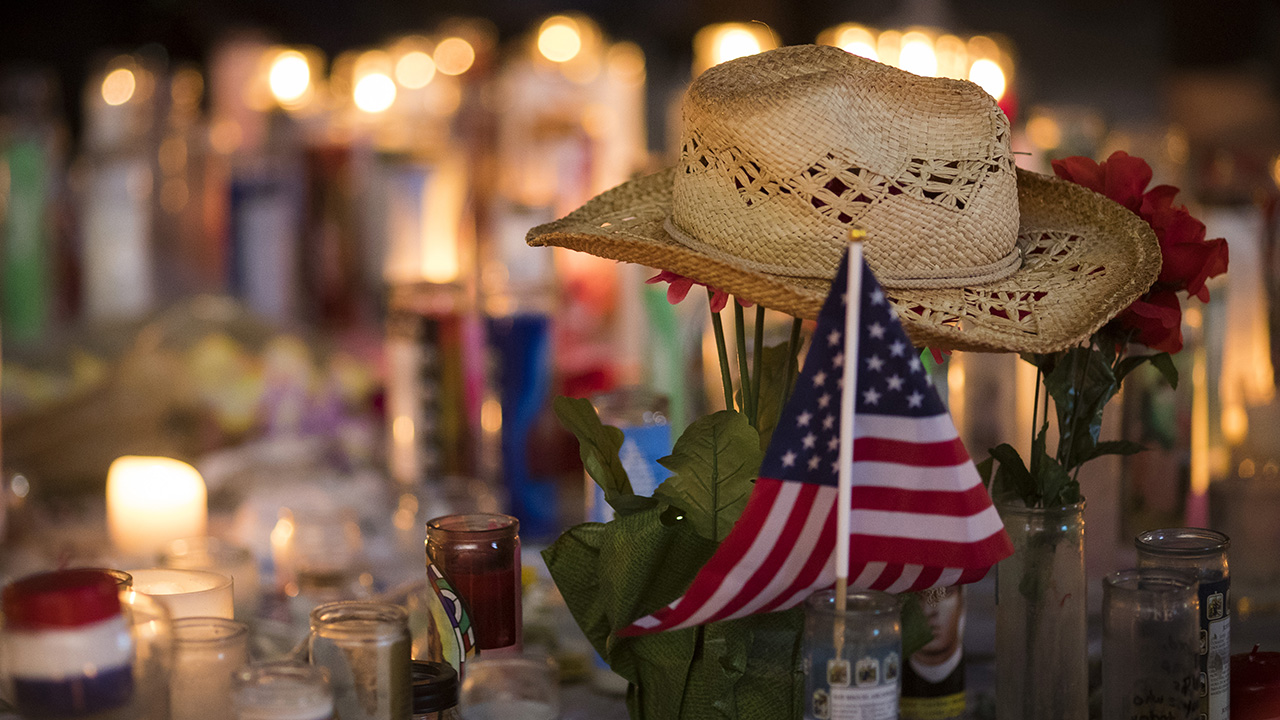 Even the concert security officers were having a good time. Big & Rich had just performed "God Bless America." Jason Aldean was on as the final act. Reardon and her friends were dancing.

"It was kind of a cap-off of a perfect weekend, until it wasn't," Reardon said.

Reardon, 39, Mecadante, who turns 57 Friday, and a third friend were on the grass, stage left, when Mercadante heard popping noises during opening lines of Aldean's "When She Says Baby." Mercadante turned to their friend, an off-duty Las Vegas police officer.

"He just says, 'Don't worry about it, it's just somebody playing with fireworks,'" she recalled. "And I think before he could finish that sentence he goes, 'No, that's a gun.'"

One of the hundreds of bullets raining from a suite on the 32nd floor of the Mandalay Bay pierced Mercadante's leg behind her right knee.

At some point, she realized that blood on her hands was hers. Reardon tore up her sweater for a tourniquet.

They huddled under a bar, then ran for the gates, past discarded personal belongings and fallen concertgoers who just minutes before had been dancing. A passing stranger in a red truck took them to a triage area set up on nearby Reno Avenue.

Not everybody left the staging area alive, Reardon said.

While she lay on the pavement, another stranger approached Mercadante. He reassured her that she would see her husband and two daughters again and used his cellphone to call Mercadante's husband, Craig, at home.

Nobody knew at first how badly Mercadante was hurt. Adrenaline masked her pain and black leggings obscured her blood loss. She took it as a good sign that medics tended to other victims before she finally got on a crowded ambulance to Sunrise Hospital & Medical Center.

Reardon headed to Sunrise Hospital, learned that Mercadante's injury was not life-threatening, and went home to Henderson.

"I sat home and just watched the news for days straight," Reardon said. "There's an overwhelming guilt when you see more faces pop up" of people who died that night.

"You just know that that could have been you." 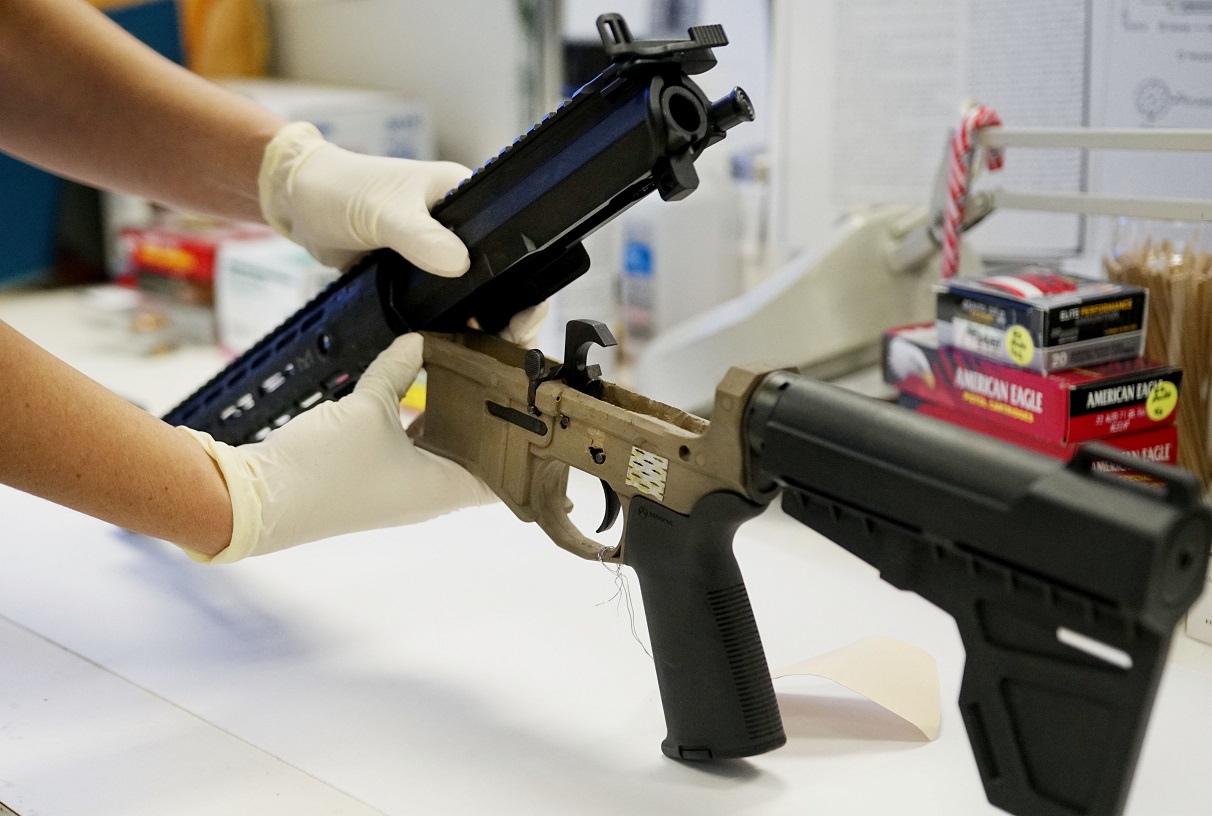 California Sues US Regulator in Bid to Deter ‘Ghost Guns' 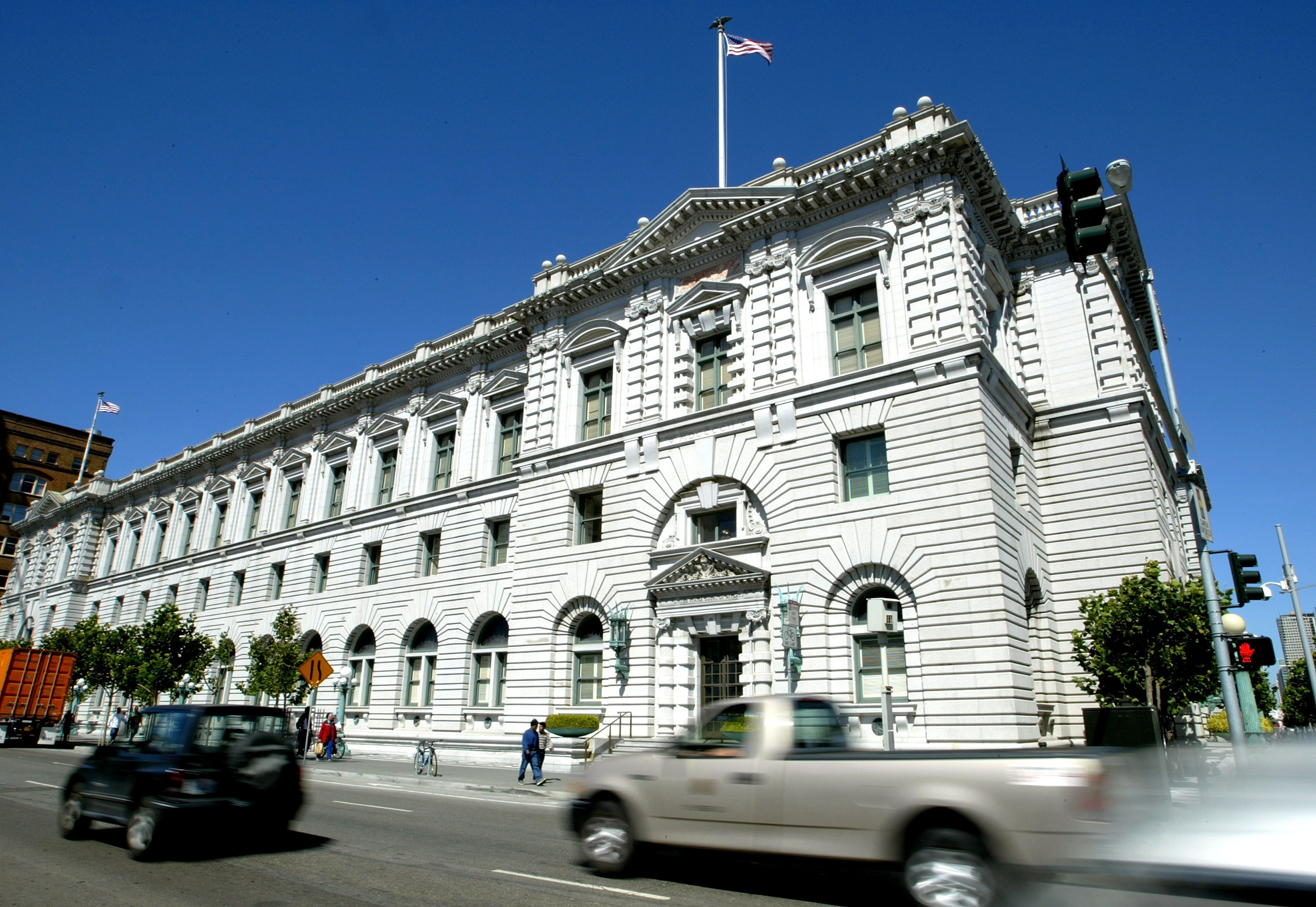 About 7 a.m. Oct. 2, Mercadante was cleared to go home with crutches and advised that eventually she would need surgery. Doctors discovered she had shrapnel in her leg but no injuries to major arteries or bones.

Reardon admits she struggled to process her trauma. The stress peaked about a year later, and though she carries it better now, it is always there.

"There's not a day that goes by that you don't think of it," she said. "It's a sound, it's a smell or the weather's just right, or a song, or even a nightmare, that takes you right back to that night."

She wants to break the stigma of mental illness; she said it's OK to not be OK, and to reach out for help. She said she found comfort in the immediate communitywide response, and progress through the Vegas Strong Resiliency Center.

She meditates, practices yoga and tries to perform good deeds, like buying coffee for the person behind her in line or contacting fellow survivors, in honor of the people who died. The Community Healing Garden in downtown Las Vegas is a peaceful place for her.

Mercadante says Henderson has good resources for supporting employees. A chaplain told her that everyone is born with a last day already set and Oct. 1, 2017, wasn't hers. That helped her with her guilt, she said.

She is, by nature, ebullient and outgoing. She makes friends easily. When she called the man who provided his cellphone to thank him for his caring, she found him at Sunrise, where his adult daughter was being treated for a gunshot wound to the hip. He was in Las Vegas from Myrtle Beach, South Carolina, to attend the music festival with his daughter and wife. The whole time he was with Mercadante on the street, he was also with his family.

Mercadante wrapped them into their friend group too.

She still attends concerts; she said she directly fights her fears. But she doesn't want other survivors to feel weak if their recovery isn't where hers is.

She knows how close she was to dying. It wasn't hypothetical.

On Thursday, she and Reardon will probably attend a sunrise memorial service. Maybe they'll take a spa day, like sisters do.

"I don't think there would be anything or anyone that could come between us at this point," she said. "The fact that we went through that together and we both came out alive on the other end, I think there's a bond there that can never be broken."