The new rate means the county officially meets the criteria to qualify for a move out of the current red tier and into the less-restrictive orange tier. However, the county needs to meet the orange tier criteria for two consecutive weeks before it can advance in the state's Blueprint for a Safer Economy.

As expected, Los Angeles County's COVID-19 case rate continued to fall Tuesday, putting the county on pace to move into an even less-restrictive tier of the state's economic-reopening blueprint by early April, which would allow for higher capacity at many businesses.

According to the state's weekly update of county-by-county COVID figures, Los Angeles County's average daily rate of new virus infections fell to 3.7 per 100,000 residents, down from 4.1 last week. A county qualifies for the orange tier if its case rate is 3.9 or less.

Want to know what you can do in each tier? Check out this explainer here.

The new rate means the county officially meets the criteria to qualify for a move out of the current red tier and into the less-restrictive orange tier. However, the county needs to meet the orange tier criteria for two consecutive weeks before it can advance in the state's Blueprint for a Safer Economy.

The county also needs to remain in the red tier for at least three weeks before it can advance to another tier. The state moved Los Angeles County into the red tier on March 12, so the earliest it could move to orange is the first weekend in April, assuming there's no reversal in the downward COVID case trends.

Moving to the orange tier would authorize the county to lift all capacity restrictions at retail and personal care businesses, while raising the capacity limit from 25% to 50% for movie theaters, churches, museums, zoos, aquariums and restaurants. Fitness center capacity could be increased from 10% to 25%. The orange tier also would allow for bars to reopen outdoors, while card rooms and family entertainment centers could be cleared to resume indoor operations.

The county could, however, opt to maintain stricter rules than the state authorizes. 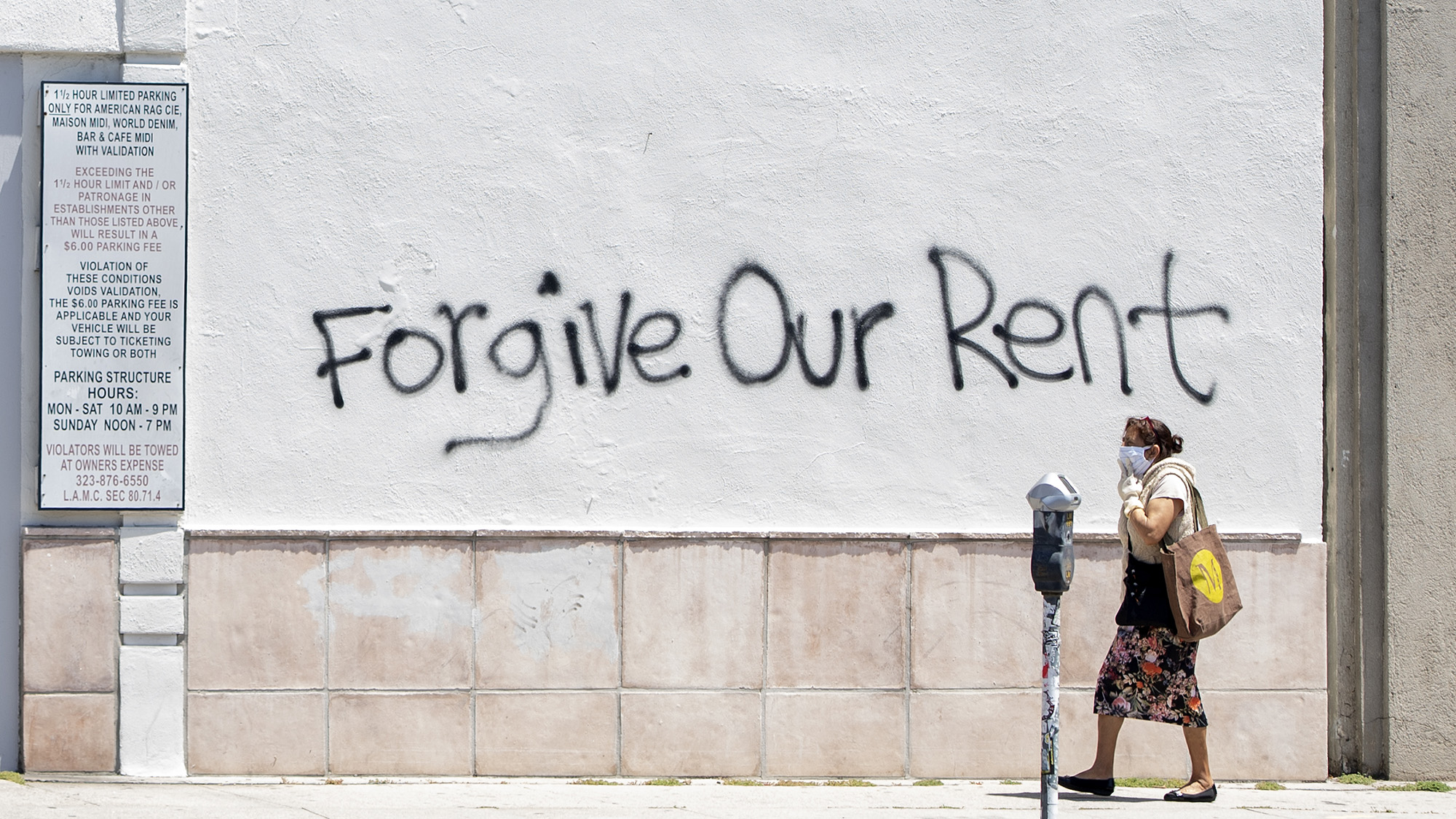 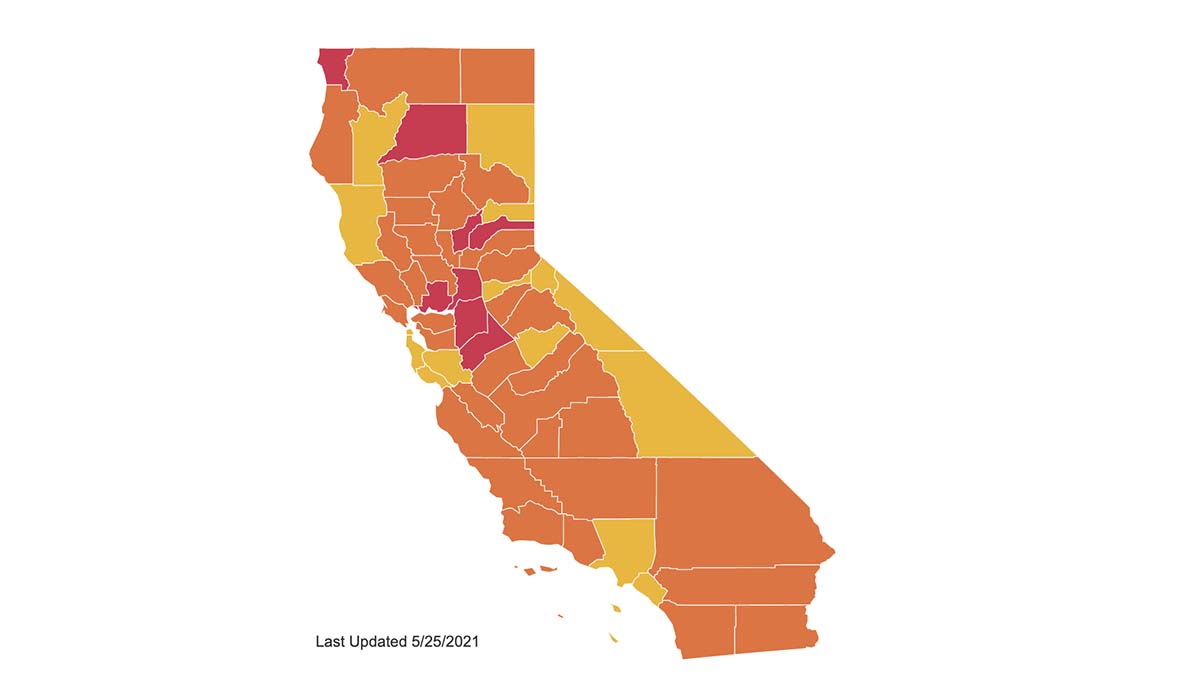 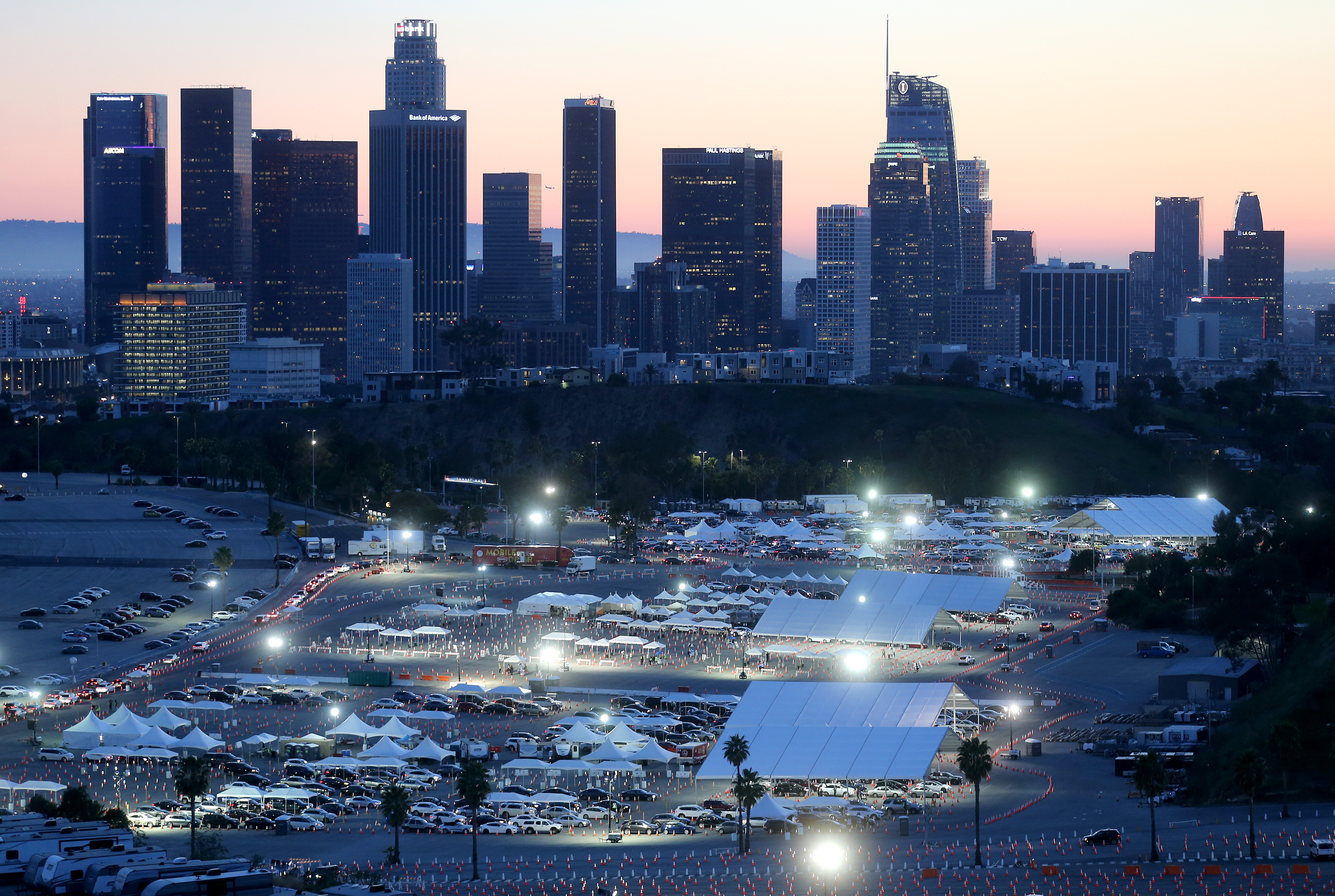 Speaking to the Board of Supervisors on Tuesday, county Public Health
Director Barbara Ferrer confirmed the timeline for a possible move to the
orange tier, but she again warned that increases in COVID-19 cases are being
seen in many states and other countries, so there is continuing fear of another
bump in infections locally.

"We continue to remain concerned about the potential risks that can thwart our progress,'' she said. "The risks include increased circulation of variants of concern, increased case numbers across much of Europe and many states, re-openings and actions taken be individuals related to spring break and spring holidays.''

She again pointed to recent testing showing increased presence of various COVID-19 variants, which are believed to be far more easily spread from person to person, meaning they could lead to a rapid rise in infections. The most recent testing on a limited number of specimens showed 16% of them were identified as a variant first found in New York, 5% a variant first identified in the United Kingdom and 40% a variant that developed in California and has been spreading worldwide.

"The results do indicate that variants are widely circulating, and it may make it easier for virus transmission to occur if we're not vigilant in practicing safety precautions,'' Ferrer said.

Ferrer said she remains confident that current vaccines are still effective against the variants, but said only a limited portion of the population has been vaccinated, and a rapid spread of infections could lead to another surge that overwhelms hospitals.

The county on Monday reported 516 new cases of COVID-19 and nine additional fatalities, though Monday's relatively low numbers may reflect reporting delays over the weekend.

Monday's numbers brought the county's totals to 1,214,178 cases and 22,806 deaths since the pandemic began, according to the county health department.

The number of county residents hospitalized with the virus was 719 as of Tuesday, a slight rise from 713 on Monday, according to state figures. The number of people in intensive care was listed at 180.

The county on Monday also registered another slight rise in the COVID-19 transmission rate -- which is the average number of people a COVID patient infects with the virus. The rate on Monday was listed at 0.93, up from 0.87 the previous week.

When the rate is below 1.0, COVID cases are projected to decrease, but if it tops 1.0, case numbers could begin rising again. The current figures suggest that one in 830 residents are infected with the virus and potentially spreading it to others.

Ferrer also said Monday that the county was entering into a memorandum of understanding with the state and Blue Shield for the giant health insurance company to oversee COVID-19 vaccination efforts. She stressed that the county's vaccination providers and overall distribution strategy would remain the same, but would now be coordinated with Blue Shield, allowing for more data dashboards among other improvements.

For COVID patients who have not been vaccinated, the antidepressant could help save lives. Joel Grover reported on NBC4 News on Monday, March 22, 2021.

The site is being operated in partnership with JWCH Institute Inc., and is located at the Bell Community Center at 6250 Pine Ave.

"When the first map detailing Los Angeles County's vaccination efforts by neighborhood was published in February, we immediately noticed a donut hole around Southeast Los Angeles,'' Board of Supervisors Chair Hilda Solis said. "Communities from this region had some of the lowest vaccination rates in the county, often a third of the rate of well-off neighborhoods despite having three times the case rates. This was devastating as it meant that our most vulnerable were being left behind.

"From the beginning of the pandemic, I made it clear that equity must remain at the forefront of our vaccination efforts. ... To that end, I am proud to partner with JWCH Institute Inc. in launching this community vaccination center for the region. Through this effort, we will begin to close the equity gaps that have hurt Southeast Los Angeles for so long and mark a new chapter for families in the region,'' she added.

Officials are hoping the site will distribute 1,000 vaccines in its first week.

To schedule an appointment, eligible Southeast Los Angeles County residents can call 323-538-7802, Monday through Friday between 9 a.m. and 6 p.m., or email vaccine@cityofbell.org.