Nearly five months after a gunman opened fire at Los Angeles airport, killing a TSA officer at a checkpoint,  lawmakers and Southern California officials met at the airport Friday afternoon for a Congressional hearing to discuss lessons from the rampage.

Paul Ciancia, 24, is accused of targeting TSA officers in the Nov. 1 attack, killing Officer Gerardo Hernandez and wounding two other officers and a passenger. The Pennsville, N.J., native, has pleaded not guilty to 11 federal charges, including murder of a federal officer. Hernandez was the TSA's first line-of-duty death.

In attendance at Friday's meeting were Hernandez's widow as well as the two officers who were wounded, James Speer and Tony Grigsby. 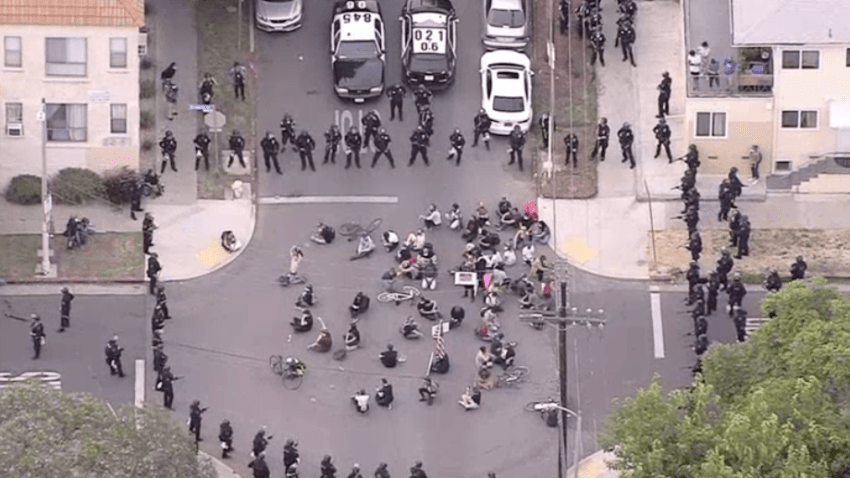 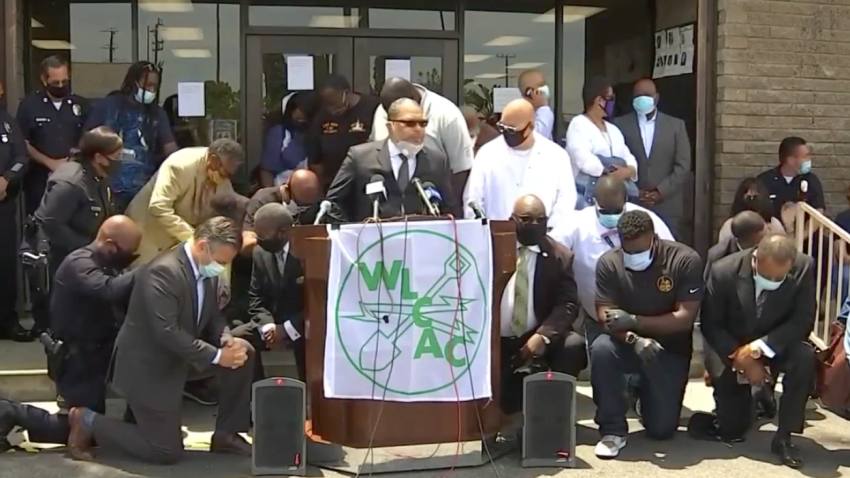 I'm recovering progressively, thank you," Speer told NBC4. Speer said he was able to retun to work this week. Grigsby hopes he can return soon.

"Everything's recovering nicely. So being here is helping me a lot, being around my family," Grigsby said.

David Cox, the president of the American Federation of Government Employees, a union that represents TSA workers, told the Transportation Safety Subcommittee that they need more protection.

"Unarmed, unprotected and exposed, TSA officers at terminal 3 checkpoint were easy targets for a man with an irrational hatred of TSA," Cox said.

The TSA union argued for a new class of armed law enforcement within TSA, but the subcommittee did not appear receptive.

"Introducing more guns into a checkpoint on a fixed basis I don't think is the solution," Rep. Michael McCaul said.

Airport Police Chief Patrick Gannon thinks officers shouldnt be in fixed positions, but instead allowed to roam and keep their location unpredictable.

The hearing before the House Committee on Homeland Security's subcommittee on transportation security comes after the airport operator issued a report last week that highlighted significant lapses in the emergency response, and a Transportation Security Administration report this week reviewing airport security at nearly 450 airports nationwide.

The TSA report made 14 recommendations to improve airport security, including more training on active shooter response, technological recommendations -- such as a greater number and more high-tech panic alarms at airports -- and requiring an armed law enforcement presence at checkpoints and ticket counters during peak hours. The shooting inside Terminal 3 at LAX "raised several questions regarding LEO (law enforcement officer) presence at and response to airport security checkpoints," according to the TSA report.

"I had to hold back tears when I watched passengers scrambling to get out, to get away. The fear that you saw and you sensed was overwhelming," Rep. Maxine Waters said.

The earlier report ordered by the Los Angeles World Airports, which operates LAX, found that lapses in communication and coordination led to delays in responding to the gunman and providing aid to victims.

Rep. Bennie Thompson, D-Miss., said in a statement this week that he has "lingering concerns" about TSA's ability to communicate with emergency responders despite $13 billion spent since the Sept. 11, 2001 terror attacks to improve inter-agency communications. The airport's review noted that multiple command posts were set up and officers from different agencies couldn't communicate easily by radio.

Airports are run by local operators, and because each airport is different, each is responsible for creating its own security plan that must be approved by TSA. The agency has general guidelines that airport plans must meet, but airport differences mean there's also a lack of consistency in security provided to TSA officers, who aren't armed.

More than 320 airports already participate in a law enforcement officer reimbursement program, adopted in 2003, that provides funds for state and local law enforcement at airports. Most establish a mandatory response time to checkpoints, some include a fixed post requirement.

The TSA review found that officers were concerned about their safety and wanted more done to improve their security.

The TSA national union has pushed for the agency to create its own unit of armed law enforcement unit to ensure the security of its officers at airports. J. David Cox Sr., the union's head, said in a statement Thursday that the two reports issued on the LAX shooting and airport security "made it clear that the security processes and systems at checkpoints nationwide are fundamentally broken."

Although both reports note systemic flaws, neither assigned responsibility to any person for failures Nov. 1. The airport's report also didn't mention an earlier AP report that found the two armed airport police officers assigned to Terminal 3 had left for breaks and were not inside the terminal when the shooting started.

One had left for the bathroom in the next terminal over, and the other was headed to lunch, the AP reported.

LAX Police Chief Gannon said he agreed with the TSA recommendations and that his officers are already highly visible in and around the security checkpoint and ticket areas. He said peak hours vary and that the department would keep an eye on such times to provide a highly visible police presence as necessary.