Some of the LAFD firefighters injured in Saturday's fire and explosion suffered critical injuries, but all are expected to survive.

Eleven firefighters suffered burn injuries when they escaped from a burning building through a ball of flames Saturday in downtown Los Angeles.

A twelfth firefighter was injured and released from the hospital Saturday night. All injured firefighters were expected to survive. They were inside the building in the 300 block of East Boyd Street around 6:30 p.m. when the blast rocked the neighborhood south of Little Tokyo.

LAFD Capt. Erik Scott said the explosion created a fireball that continued to grow to at least 30 feet high and 30 feet wide. Witness video showed fire and smoke climbing above the building.

A witness video shows a ball of fire and smoke rising from a building in downtown LA Saturday May 16, 2020. Credit: Spencer Richardson

"Firefighters had to go straight through that ball of flame to get to safety across the street," Scott said.

People nearby felt the fiery eruption and even reported metal debris flying through the air.

"It was a big jolt when it exploded," Rick Serafin, a witness, said. "It felt like an earthquake jolt. It was huge."

Dr. Marc Eckstein, medical director for LAFD and physician at the center, said all 11 firefighters would remain at the hospital overnight for observation and all were expected to survive their injuries.

Eckstein said they all arrived at the hospital awake and alert, but two firefighters were put on ventilators due to smoke inhalation and four were sent to the intensive care unit for burns. Most of the burns, he said, were on their upper extremities.

As of 9 a.m. on Sunday, three firefighters had been discharged from the hospital, according to officials. Eight firefighters remained hospitalized Sunday morning including two in critical but stable condition. Another firefighter was treated and released at the emergency room Saturday night for a minor extremity injury.

The two firefighters who were intubated were off ventilators, the LAFD said Sunday evening.

Three of the 11 firefighters suffered critical, but not life-threatening, injuries. Kim Tobin reports for the NBC4 News at 11 p.m. Saturday May 16, 2020.

Garcetti said, "The good news is that everybody is going to make it," but he added, "We have a lot of firefighters who are shaken up."

LAFD Chief Ralph M. Terrazas said the "mayday" call, which is used only when a firefighter is "down, missing or trapped," was "the kind of call I always dread."

He said the injured men, who were from Engine No. 9, realized something was wrong when they were inside the building but could not escape in time to avoid the blast. Their fire engine parked outside was charred, and the aerial ladder was damaged -- with eyewitnesses saying that firefighters on that ladder climbed down with their coats on fire.

Knowing that some were injured, Terrazas said many other firefighters from the scene were traumatized from the event.

"When one of your own is injured, you can imagine the amount of mental stress," he said.

The building that initially caught fire was Smoke Totes Warehouse distributor, "a supplier for those that make butane honey oil," Capt. Scott said.

The process of extracting honey oil, concentrated THC from marijuana, involves the use butane, a flammable odorless gas, and is illegal in California. Several butane canisters were found at the scene, the LAFD said.

The NBC4 I-Team tracks the history of the smoke shop business at the center of the fire that injured 11 firefighters in Downtown LA. Eric Leonard reports for the NBC4 News at 11 p.m. Saturday May 16, 2020.

The business has been operating at the site for at least a decade and has number of locations in downtown LA.

Certain locations that store any significant amount of regulated or controlled materials are required to display placards on the exterior to indicate what's inside, providing a warning for firefighters. The placards use a code system to provide information that helps firefighters decide how to approach the fire.

More than 230 firefighters responded to the fire, and firefighters had moved to a defensive posture for the fire attack, the LAFD said. Several Los Angeles Police Department vehicles were also visible at the scene.

The fire was knocked down in about two hours, Scott said.

It was not immediately known what caused the initial fire or the fiery explosion that followed, but the department said the cause of the fire would be heavily investigated.

Boyd Street will be closed between Wall Street and San Pedro street indefinitely due to the investigation, the LAFD said. Residents, employees and business owners will not be able to access the block until further notice, the department said. 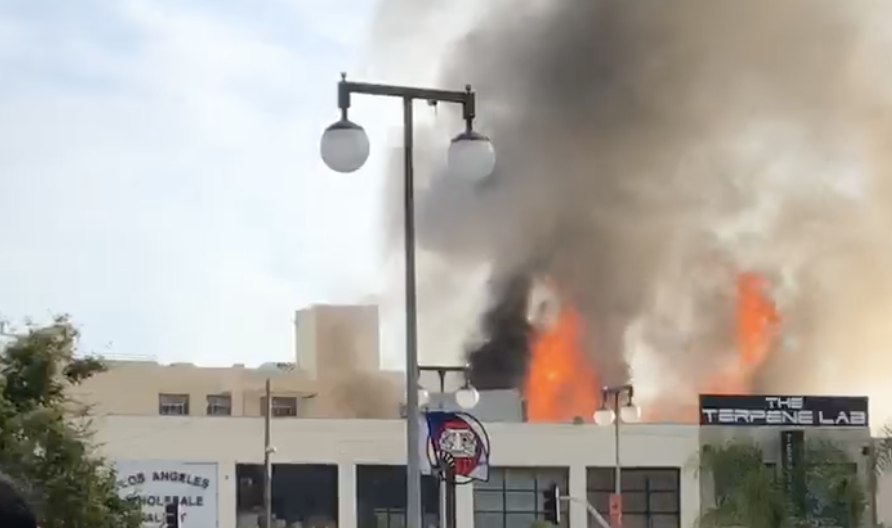 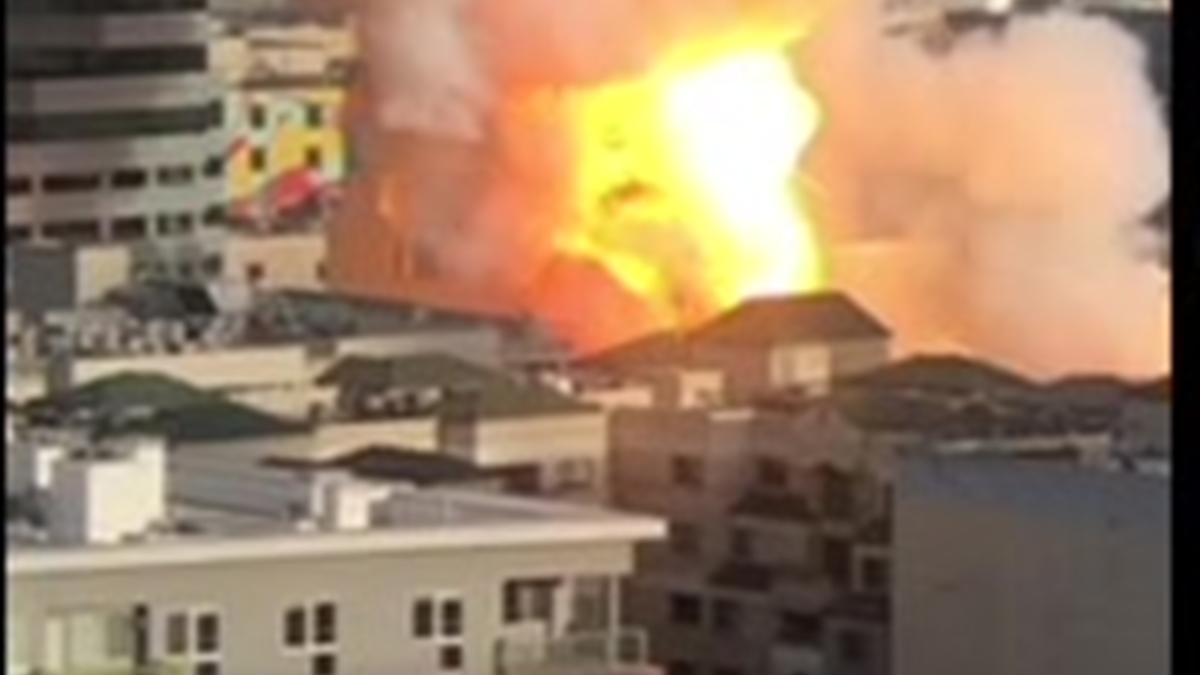