Man With Knife Killed by Officers at Alhambra Police Station

The man was unresponsive when officer tried to talk to him

After trying to communicate in various languages with a knife-wielding man who walked into the Alhambra Police Department Friday morning, officers shot and killed him when he would not respond.

Officers spent about five minutes trying to talk with the man, identified as an Asian who was 25 to 30 years old, but got no response, said Los Angeles County Sheriff's Department Lt. Dave Coleman.

"They tried multiple dialects and languages. No response at all," Coleman said. 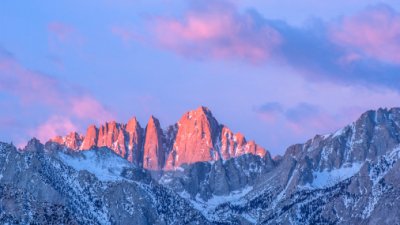 After the officer who made initial contact called for backup, three officers fired on the man, who was carrying a black backpack and "very, very large knife, at least 12 inches" in length, Coleman said.

"We don’t know what led up to his behavior," he said.

The officers were uninjured. The lobby and nearby streets were closed for the investigation at 211 S. First St. (map).

The man, who remains unidentified, entered the station at about 7:30 a.m., according to the sheriff's department. He was pronounced dead at the scene.

Aerial video showed evidence markers inside the lobby and on an exterior walkway to the lobby. Just before noon, Coleman said the area would remain closed for about eight hours while the crime lab documents "have multiple shell chasings, bullet fragements and other evidence."

Coleman said an officer at the scene had a nonlethal Taser but "wasn’t able to fire it."

First Street was closed between Main Street and Commonwealth Avenue.