The bear strolled the streets during the early hours of Friday

A big bear was spotted on camera Friday strolling through a Southern California neighborhood and searching for something to eat.

Monrovia police received no reports of the animal near the 800 block of Crescent Drive, and it didn’t appear the bear caused much of a problem.

At one point the bear could be seen tipping over a trash can with a pizza box in it, but walked away without digging for food.

Anderson said after a few run-ins with bears, he's learned to keep his trash locked up.

"Me and the bear, we've been at battle for a while," Anderson said. 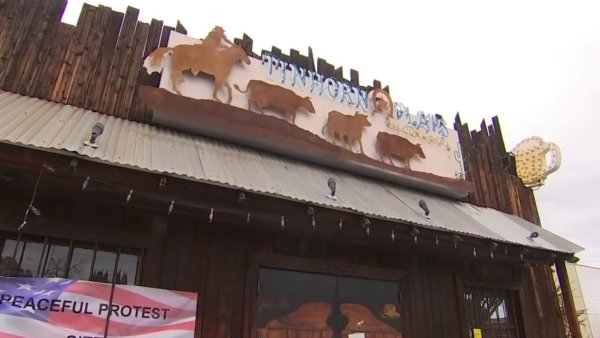 Wildlife officials said the unusually warm winter weather has thrown off hibernation periods for the animals, leading them to wake up at earlier times than normal.

Smith said with the unseasonably warm weather continuing, it wouldn't be surprising for bear sightings to be all the more common.