According to the Riverside County Department of Public Health, laboratory tests on the unidentified child showed no signs of the pathogen.

A child who turned feverish while quarantined at March Air Reserve Base with nearly 200 others for possible novel coronavirus exposure is not infected with the virus that originated in China, county health officials confirmed Wednesday.

According to the Riverside County Department of Public Health, laboratory tests on the unidentified child showed no signs of the pathogen. The youngster and one parent were released from an isolation ward at Riverside University Medical Center and returned to March to complete the quarantine process.

The youth had been taken to the Moreno Valley hospital by ambulance Monday night for screening. Lab draws were submitted to the U.S. Centers for Disease Control and Prevention for analysis, according to Dr. Cameron Kaiser, the county's public health officer. 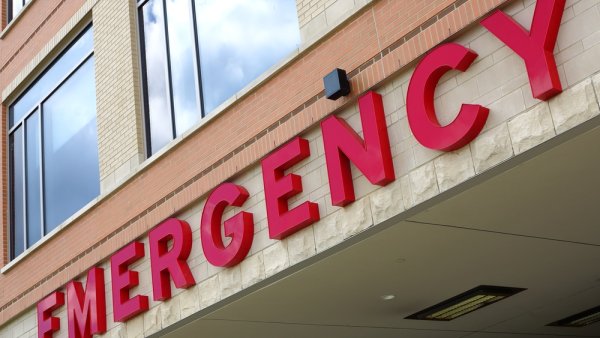 The child and parent were among 195 people, most of them U.S. State Department employees and their loved ones, placed under quarantine at March last week after being evacuated from Wuhan, China.

Kaiser told the Board of Supervisors on Tuesday there was minimal likelihood of a coronavirus threat to Riverside County residents, saying "the flu is going to kill more residents than coronavirus."

The doctor said multiple county agencies, in partnership with federal and state health authorities, were working in concert to adhere to a uniform protocol and were in a good "operational rhythm."

"We took more precautions than needed to move that minor off of the base," Kaiser said. "We have done more than what's necessary."

He was unsure whether the federal government would place any more quarantine cases at March.

"We're hoping the group there now is the last one, but if not, we will continue to provide excellent service," Kaiser told the board.

Officials noted that an individual who recently traveled to China and arrived Monday at Los Angeles International Airport was also placed in isolation at March, but away from the 195 others already there.

"The individual has no symptoms of novel coronavirus, but was moved to March out of an abundance of caution and because of their travel history," according to the county health department. ``The federal quarantine order for this person expires Feb. 6."

The 14-day quarantine order for the others expires Feb. 11.

In addition to March, federal officials have designated four other bases around the country as quarantine sites, including Marine Corps Air Station Miramar in San Diego County, where a plane carrying about 170 American evacuees from the Wuhan region touched down this morning. Those passengers will also undergo a 14-day quarantine ordered by the CDC.

The novel coronavirus epidemic has claimed at least 490 lives in China, exceeding the death toll of the severe acute respiratory syndrome -- SARS -- outbreak of 2003. More than 23,000 infections have been documented in China. The respiratory illness is treatable, and many patients are recovering, according to reports.

Federal officials said there have been 11 confirmed cases of coronavirus in the U.S., with six of those in California, including one case each in Los Angeles and Orange counties. Temporary quarantine and processing sites have been established at major airports, including LAX.

The virus was first identified by the Chinese government on Dec. 31, when authorities indicated an unknown pneumonia variant was impacting residents of Hubei province.

Since then, the 2019-nCoV has been confirmed in several dozen countries, according to the World Health Organization.