The cow was frightened, and struggled to avoid capture. It is now in the Baldwin Park Animal Care Center.

A frightened black cow that was spotted running loose Wednesday morning under the Pomona (60) Freeway in South El Monte was caught in La Puente and taken to an animal shelter, where staff were working to track down her owner.

The frightened cow struggled to avoid capture after she was eventually located about 10:30 a.m. at San Angelo Park at 245 S San Angelo Ave., a few miles away from where she was first seen several hours before, Baldwin Park Animal Care Center Manager Maria Rosales told City News Service.

It was not easy to capture her, Rosales said.

"It was just scared. There was commotion from squad cars and animal control vehicles," she said.

The first sighting of the cow was reported at 4:07 a.m. at Durfee Avenue and Peck Road, said Officer Patrick Kimball of the California Highway Patrol. Kimball said it was unknown how the cow got loose, or where the animal came from. The cow did not impact traffic while under the freeway, he said.

The cow was also spotted about 6 a.m. but animal control officers lost sight of her until she turned up at the park, Rosales said.

The cow was resting, eating and drinking at the Baldwin Park shelter while animal care staff use information on her ear tag to locate her owner, Rosales said. 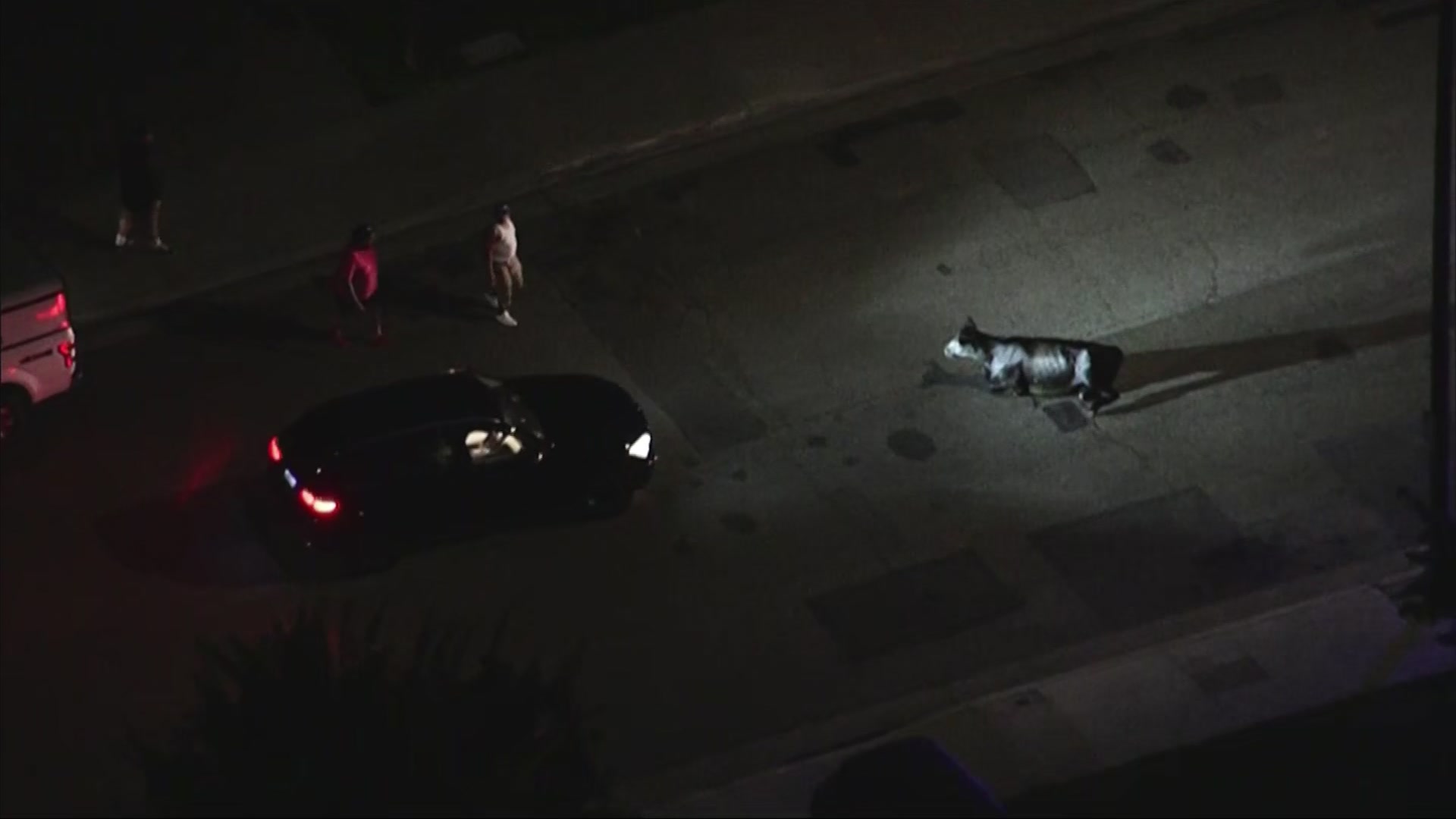 On the Moove: Cows Escape Slaughterhouse, Stampede Through Calif. Neighborhood 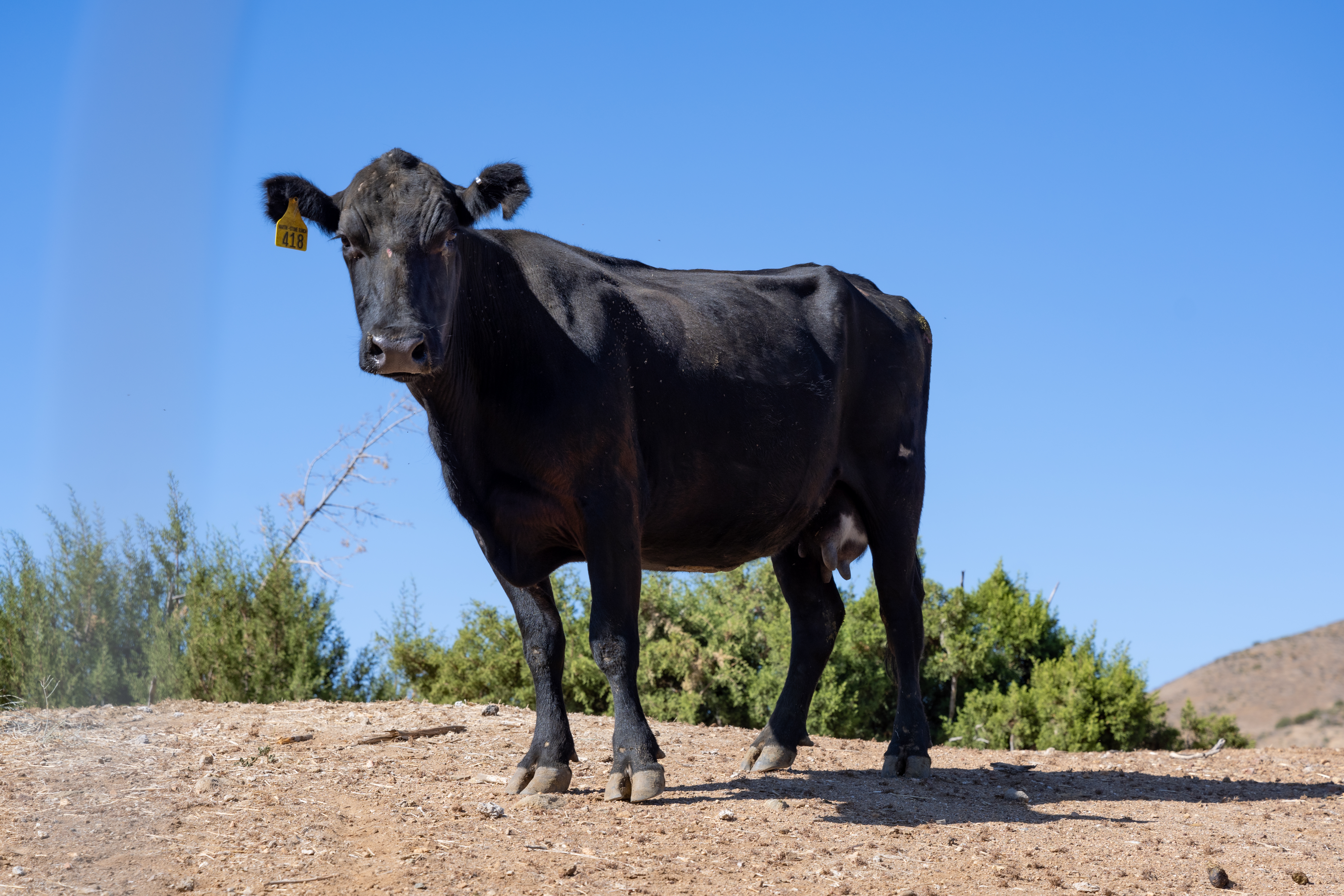 Only Surviving Cow That Escaped Slaughterhouse Arrives at New Home

They are not ruling out the possibility that the cow came from the same Pico Rivera slaughterhouse where 40 bovines escaped about a week ago, she said.

On June 22, the cattle escaped the slaughterhouse when an employee mistakenly left a door open. The animals stampeded through residential streets, causing some property damage.

One was killed by a sheriff's deputy after charging at a family, and one was recovered two days later in South El Monte, about five miles away, and donated to a local sanctuary. The other 38 cows were recovered and returned to the slaughterhouse, where they were killed.