Etta James, born in Los Angeles, has died at age 73

Etta James, the R&B legend who recorded enduring and soulful hits such as "At Last" and "Tell Mama," has died. She was 73.

James died early Friday at Riverside Community Hospital. Her career spanned the latter half of the 20th Century and into the 2000s.

"Etta James was a pioneer. Her ever-changing sound has influenced rock and roll, rhythm and blues, pop, soul and jazz artists, marking her place as one of the most important female artists of our time,'' said Rock and Roll Hall of Fame President and CEO Terry Stewart. "From Janis Joplin to Joss Stone, an incredible number of performers owe their debts to her. There is no mistaking the voice of Etta James, and it will live forever.''

Family members were told late last year that James had chronic leukemia, which led to her death, according to her personal physician. Since March 2010, James has received round-the-clock medical care at her home in Riverside, where she moved in the late 1980s after living in Los Angeles.

James, born Jan. 25, 1938 in Los Angeles, and a trio she formed in her mid-teens called "The Peaches" caught the attention of bandleader Johnny Otis, launching her career at an early age. The Grammy Award winner toured with Otis and other artists and recorded for Modern Records until the late 1950s before achieving her greatest success after signing with pre-eminent 1960s blues label Chess Records.

"All I Could Do Was Cry," "My Dearest Darling," "Trust in Me" and "Don’t Cry, Baby" were among the 60s hits recorded by James. The rise of Chess Records was the subject of the 2008 movie, "Cadillac Records," in which Beyonce Knowles played the role of James.

The singer battled drug addiction through much of her career, but launched a comback in the 1970s. Her 1973 album was nominated for a Grammy and she signed with Warner Brothers Records in the late 1970s.

At the 1984 Summer Olympics in LA, she performed during the opening ceremony. She was inducted into the Rock and Roll Hall of Fame in 1993. 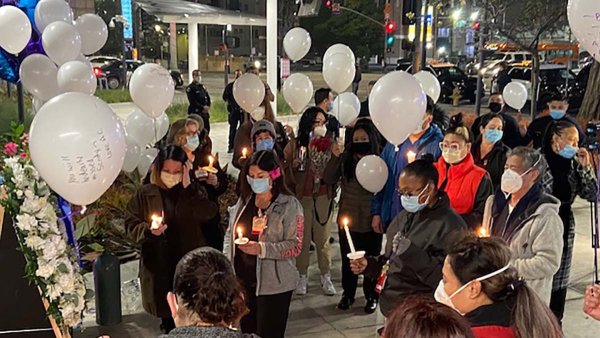 Here is a sampling of celebrity tributes for James online: