Some expect large numbers of homeless to seek refuge in system.

The experiences of smaller transit agencies have shown going fare-less to be a surefire way to boost ridership.

Now, Los Angeles-based Metro is exploring a pathway to becoming the world's largest agency to offer its rides for free.

"LA Metro has a moral obligation to pursue a fare-less system and help our region recover from both a once-in-a-lifetime pandemic and the devastating effects of the lack of affordability in the region," said chief executive Phil Washington.

But Washington recognizes there will be challenges. Among them, how to make up for the revenue loss?

Metro would have an advantage over older systems that rely on fare revenue to cover a greater portion of their total costs. For Metro, rider fares currently provides only 13% of system costs, roughly $250 to $300 million, according to Washington.

The rest is covered by taxes, federal and state support, and other sources. Washington believes savings from not having to maintain a fare collection and enforcement system could cover as much as one-third of the fare revenue. To cover the rest, revenue from congestion pricing on highways is one option Metro has considered in the past. Washington also speaks of increasing advertising revenue. Some suspect Metro will seek more from sales tax, but Metro said Friday it won't. Funding options are to be part of the task force report Washington has directed to be ready by year end.

"The farebox is not all that relevant to Metro," said professor James Moore, director of the transportation engineering program at USC. "Transit, the way it's organized in the US, is a wealth transfer. We're insuring that at least a minimum degree of mobility is available to everybody, regardless of income, so they can participate in the economy, and be employed, maybe participate in urban culture. So it's a really important quality-of-life step."

Moore is blunt in describing what he sees as a bigger challenge than funding MTA's service on buses and rail cars.

"I don't know how you keep all these vehicles from becoming rolling homeless encampments."

Even prior to COVID-19, some persons experiencing homelessness found refuge from the street in transit stations, or by riding trains back and forth without leaving a station and having to pay -- or evade -- fare again. Moore sees potential for this to expand under a fare-less plan.

"In terms of maintaining control and providing a service people are prepared to take, it's unclear to me how this will be implemented," said Moore. "I don't mean it shouldn't be or it's a bad idea. In fact, I think it's a relatively good idea. But the devil's in the details."

In recent decades, as it has been expanding rail alternatives to buses, Metro has sought not only to provide transportation for the car-less, but also to lure more affluent Angelenos out of their cars, which provides benefit by reducing congestion and pollution.

In recent years, Metro ridership had been in gradual decline, until the onset of the COVID-19 safer at home precautions, when daily ridership plummeted. Washington said it dropped from 1.2 million riders a day to as low as 275,000, before rebounding to around 600,000 now -- still half of pre-COVID numbers.

Going fare-less would not lead to any less security or an increase in crime, said
Washington, suggesting instead that riders would feel more secure with more
travelers around them.

Amid concerns raised about funding and homeless, Metro updated its blog Friday. 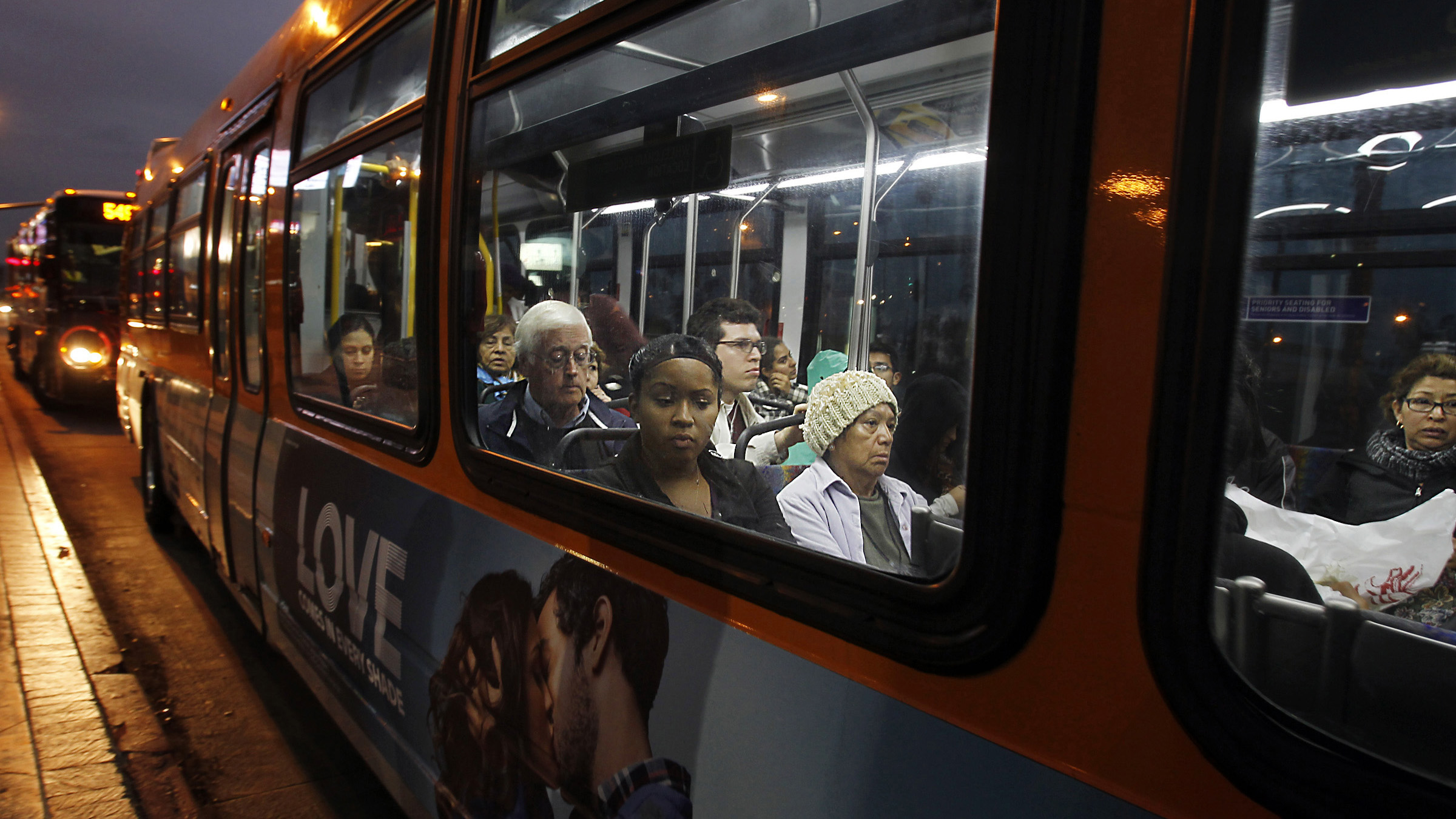 LA Metro, Metrolink Get More Than $1 Billion in COVID-19 Relief

A number of other transit agencies have made portions of their systems fare-less, often downtown areas. The Utah Transit Authority offers a "Free Fare Zone" in the core of Salt Lake City. On the west coast, in the Pacific Northwest, agencies in Portland and Seattle previously offered fare-less zones, but later cited funding squeezes in resuming fares.

Overseas, Dunkirk, France has been cited as a fare-less success story, with ridership increasing 85 percent.

Currently, the USA's largest fare-less transit is provided by the Kansas City Transportation Authority, which serves eight counties on both sides of the Kansas/Missouri border. It decided to begin a gradual transition to what it calls "Zero Fare Transit" before the end of last year, beginning with students and veterans, but the onset of COVID-19 hastened its adoption system-wide.

The mayor of Kansas City, Mo., Quinton Lucas, was a prime mover and remains a booster. Lucas says ridership has recovered to 60 percent of pre-COVID levels and expects the number to keep growing. Lucas also said the system has not seen an increase in crime or people experiencing homelessness on the system.

As improbable as it might sound, riding Metro buses and trains could soon be free -- a big relief to the over a million people that use the service, particularly during the pandemic. Beverly White reports for NBC LA at 11 p.m. Thursday Aug. 27, 2020.

"We have not had that issue in Kansas City. We now have free buses, fare-less transit, as well as a free streetcar, fixed-rail system, neither of which have become homeless encampments or anything of that sort," said Lucas. "Instead we've seen increased ridership, not just from populations in need, but also folks that hadn't ridden for any number of years, saying that this has become easier, it's become faster, it's become more efficient for them."

Lucas said a remaining challenge, in addition to a longterm funding solution, is including suburban areas.

Lucas recalls discussing it with Los Angeles Mayor Eric Garcetti, who serves on the Metro board, when both were in Iowa in February for the presidential caucuses. Though the LA metro area is an order of magnitude larger, Lucas notes there are similarities, particularly geographic sprawl, which makes offering transit more difficult than in denser, older east coast population centers.

Based on his experience, and familiarity with Southern California, the Kansas City mayor recommends Metro move forward with its fare-less plan.