Officials again pleaded for people to stay home for New Year's Eve to avoid going out or gathering with others.

On yet another day of record-setting COVID-19 deaths, Los Angeles County health officials said Thursday conditions continue to worsen at hospitals, with ambulances waiting up to eight hours to off-load patients, leading to a shortage of paramedic crews on the streets and longer 911 response times.

"The current surge of patients … it's kind of a hidden disaster," Cathy Chidester, director of the county Emergency Medical Services agency, said. "It's not a fire. It's not an earthquake. It's not a train wreck that's right in the public view and they can see what is happening and they can avoid that area. It's all happening behind the doors of households and hospitals. So nobody is really, the general public, is not really seeing what is going on."

Chidester said there are reports of hospitals being so overwhelmed that ambulances are waiting seven or eight hours in emergency bays, forcing patients to be treated in the ambulance. But more importantly, the delay is keeping the ambulances out of service, leaving them unable to respond to additional emergency medical calls, she said. 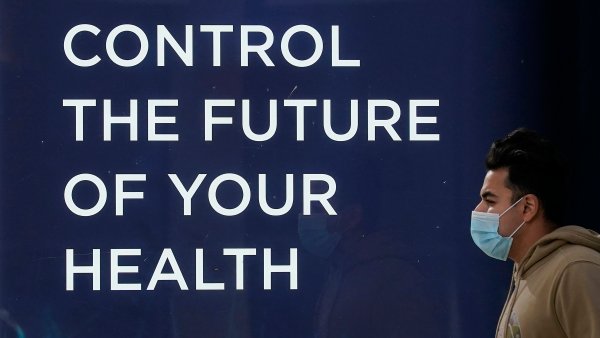 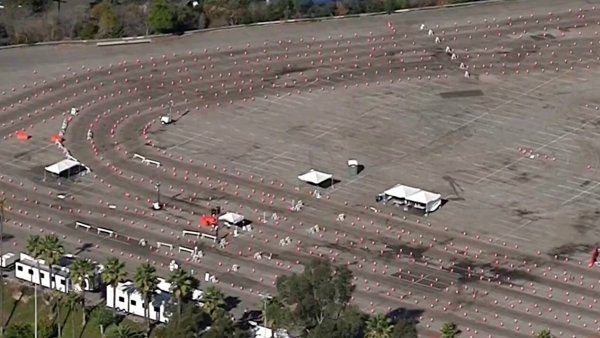 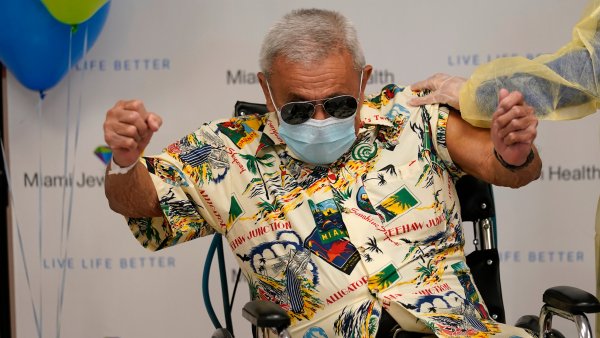 Race to Vaccinate Millions in US Off to Slow, Messy Start

"We're running out of ambulances, and our response to 911 calls is getting longer and longer," Chidester said.

She said in the Antelope Valley, the county is using ambulances and ambulance companies "that are not traditionally 911-response ambulances" just to keep up with the demand.

The county on Thursday reported a pandemic-high 7,546 people in hospitals due to COVID-19, with 20% of them in intensive care. The state, which tends to have more updated numbers, put the figure slightly higher, at 7,613, with 1,580 in ICU.

Most recent figures from the county Department of Health Services showed a total of 773 available and staffed hospital beds across the county, including just 57 adult ICU beds. Those numbers change rapidly throughout the day.

Protesters showed up at a concert on Skid Row, concerned about the potential for a super-spreader event. Video broadcast Thursday Dec. 31, 2020 on Today in LA.

With increased hospitalizations come increased deaths, and the county on Thursday reported another record number of fatalities -- 290 -- although some of those deaths were attributed to a reporting backlog dating back to the Christmas holiday weekend. County Public Health Director Barbara Ferrer noted that 86% of people who have died from COVID-19 in the county had underlying health conditions, down from more than 90% in the early days of the pandemic.

That drop "indicates that, in fact, there are more people than ever not only passing away, but passing away without any underlying health conditions."

The county announced another 15,129 confirmed COVID-19 infections, raising the countywide total since the pandemic began to 770,602. The overall rate of people testing positive for the virus stood at 15%, but the current daily rate is much higher, at about 22%, meaning more than 1 in 5 people who are tested for the virus test positive.

Ferrer again pointed to younger residents for driving up the number of cases. She said among people aged 30 to 49, an average of 4,419 people per day are testing positive for the virus, an 850% increase from early November, when an average of 463 tested positive daily. Among 18-29 year olds, the daily average has more than doubled.

But those younger patients aren't the ones dying from it. In a standard pattern, younger residents are being infected more often, then passing the virus to older residents, who are at higher risk of being hospitalized or dying. Ferrer noted that among people aged 80 and older, an average of 40 people are dying every day from the virus -- up from four in early November.

"With no decline in the number of new cases, our hospitals continue to be overwhelmed," Ferrer said. "As more and more people are rushed to hospitals, the tragic fact is that hundreds more people will die every week from COVID-19. These trends unfortunately will continue into January, and if we do nothing, definitely beyond."

Dr. Christina Ghaly, the county's health services director, noted that many coronavirus testing sites will be closed on Friday due to the New Year's Day holiday. And she again pleaded for people to stay home for New Year's Eve to avoid going out or gathering with others.

"We need everyone to do their part," she said. "If only a fraction of people disregard this expectation, we will only make this surge worse as we head into the new year."

Chidester said if residents could see what's happening inside hospitals, they would see the crisis in the eyes of health care workers.

"It's like the deer in the headlights," she said. "They are overwhelmed. They are pale. They are trying to do the best they can with limited resources at this point because there's so many patients. … When you go into the hospital and into the ICUs, it's still very quiet, but believe me, it's a disaster. It is just heart-wrenching what is happening within our hospitals. … There is no doubt, and I'll tell you right now, we are in the midst of a disaster."