According to state figures, there were 400 people hospitalized with the virus as of Saturday in Los Angeles County, up from 379 on Friday. The number of those patients in intensive care increased from 86 to 87.

Los Angeles County reported 415 new cases of COVID-19 and 20 additional deaths Saturday, while the number of coronavirus patients in county hospitals ticked up a bit.

According to state figures, there were 400 people hospitalized with the virus as of Saturday in Los Angeles County, up from 379 on Friday. The number of those patients in intensive care increased from 86 to 87.

Saturday's figures brought the county's totals to 1,235,422 cases and 23,995 deaths since the pandemic began, according to the Los Angeles County Department of Public Health. 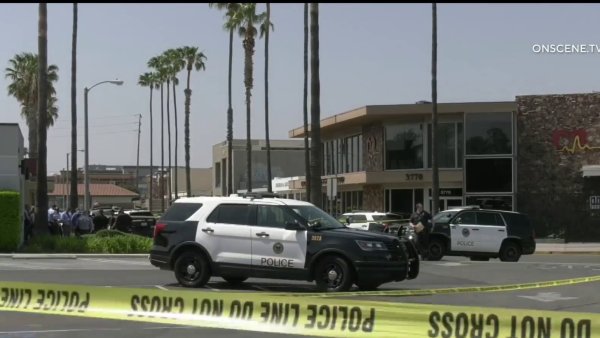 “While transmission is low, and we continue to see declines in cases, hospitalizations, and deaths, we are approaching the terrible milestone of 24,000 COVID-19 deaths in L.A. County,” Public Health Director Barbara Ferrer said. “There continues to be higher risk of COVID-19 transmission and severe health outcomes among unvaccinated people. Please get vaccinated as soon as you can. Protecting yourself and your family by getting vaccinated is the best gift you can give this Mother's Day.”

Despite Saturday's increase, the county's average number of people hospitalized due to COVID-19 has fallen to its lowest point since the onset of the pandemic. The county's five-day average daily number of people hospitalized due to COVID-19 was 389 as of Friday. Officials have been touting vaccinations as the key to keeping hospital beds empty, noting that inoculated residents are highly protected from infection, but even if they do still contract the virus, they are extremely unlikely to wind up hospitalized.

“We see the power of vaccinations in our low metrics and reduced transmission,” Ferrer said Friday.

Ferrer said the number of shots administered in the county last week fell about 25% from the previous week. As a result, most vaccination sites, including all the ones operated by the county, are offering shots without appointments.

The county has reduced the size of its four large-scale vaccination sites, but Ferrer said they would remain open, despite a decision by Orange County officials to close their large sites.

Ferrer said Thursday the county does not want to prematurely close the large-scale sites without ensuring the communities in which they're located will still have easy access to vaccinations. She also noted that the federal government could open vaccinations to youth age 12-15 as early as next week, potentially increasing demand for the Pfizer vaccine, which has cold-storage requirements the county is equipped to meet.

The percentage of Black and Latino residents being vaccinated has improved greatly since February, with a 593% increase in vaccination rates among Latina/o residents aged 16 and up, and a 414% rise in the vaccination rate among Black residents 16 and over.

LA Count is now officially in the yellow tier, it's the last stop before the tier system is lifted potentially next month. Yellow allows more customers inside most businesses, but for many making a profit stills a challenge. Patrick Healy reports for the NBC4 News on Thursday, May 6, 2021.

Despite the large increases, those populations still have the lowest overall rate of vaccination, with just 37% of the eligible Black population vaccinated, and 40% of the Latina/o population.

Ferrer stressed the importance of vaccinations, particularly as more people start intermingling with this week's loosening of health restrictions in accordance with the county's move to the least-restrictive yellow tier of the state's Blueprint for a Safer Economy.

Los Angeles is the only Southern California county to advance to the yellow tier. The rest of the region remains in the slightly more restrictive orange tier.

Asked why L.A. appears to be outpacing neighboring counties in reducing case rates, Ferrer credited residents and businesses for adhering to health guidelines. But she also said the winter surge in infections is also a contributing factor to the current low case numbers.

“We had a devastating surge here with huge numbers of people that got infected, and many of those people are still carrying around some natural immunity,” she said.

“The unfortunate thing about that natural immunity is that it is going to wane over time. It's really important that people know that, yes, you have some protection if you were already infected, if you already got sick. But that protection diminishes fairly quickly over time. And that's why we urge everybody who's already been infected to come in and get vaccinated. But certainly for now, I think it has helped us in the spring keep our numbers down.”