A city councilman said he will introduce a measure Friday that would require sprinklers in residential buildings built more than 50 years ago.

Residents displaced when flames tore through a 1960s-era Los Angeles apartment tower and injured 13 people this week are wondering why the management company didn't install sprinklers after another destructive blaze seven years ago.

City officials said after the 2013 fire “that it shouldn’t take another tragedy” to get sprinklers into older buildings that are exempt from retrofitting rules, City Councilman Mike Bonin said Thursday. “But it did.”

Bonin will introduce a measure Friday that would require sprinklers in residential buildings built more than 50 years ago, before regulations required fire-suppression systems in buildings taller than 75 feet (23 meters). 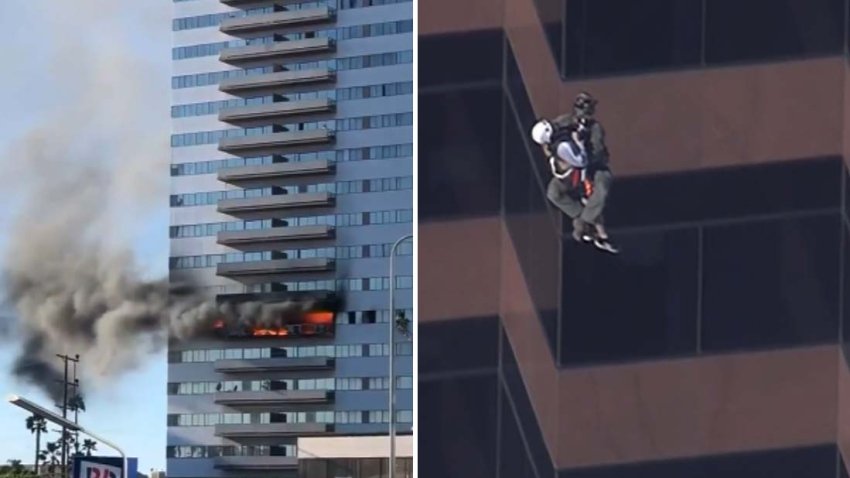 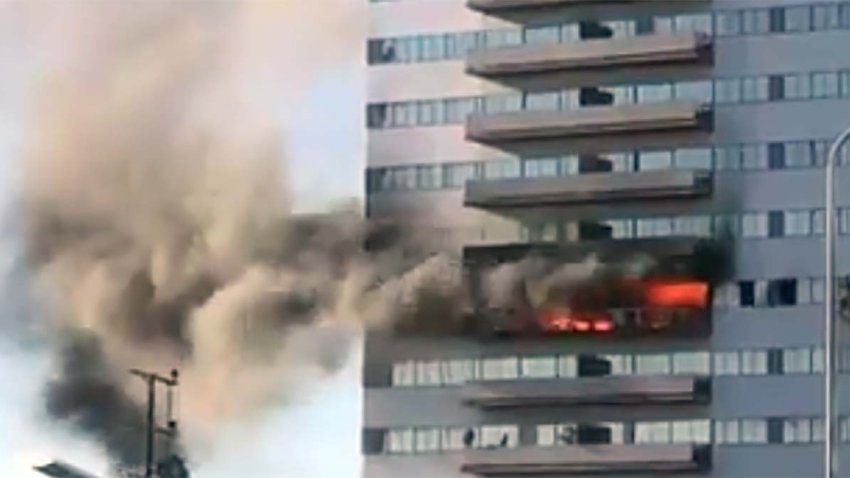 It’s an issue that officials in other U.S. cities have grappled with in recent years. Honolulu passed regulations requiring stricter safety rules for buildings with 10 floors or more after a fire raged through a 35-story condominium in 2017, killing four people. It was built in 1971, before the city required condos to have a sprinkler system.

In Chicago, a 2015 law required residential high-rises that were built before 1975 to install fire sprinklers. In New York City, many older residential buildings lack sprinklers, a fact that made headlines in 2018 when a fire at Trump Tower killed a resident and injured firefighters.

The Los Angeles City Council has considered expanding the sprinkler requirement for years but they “petered out in committee,” Bonin said.

Previously, the effort faced objections from building owners who said the fixes would be too expensive and would drive up rents. This time, council members are committed to getting the law passed, and they have the backing of building owners and tenants' groups, Bonin said.

Neighbors tell their harrowing stories of escape after a West LA apartment fire. Angie Crouch reports for the NBC4 News at 11 a..m on Wednesday, Jan. 29, 2020.

He said officials hope to find federal grants to cover the installation costs, but if not, he wants to see management companies pick up the tab. For the most part, they are corporations — “not mom-and-pop owners” — that can afford the costs.

Los Angeles Fire Chief Ralph Terrazas recommended in 2017 that sprinklers be installed in all 55 high-rise buildings that still lacked them. At the time, the department estimated that the updates would cost about $6,000 per unit.

“Is someone really going to come to council chambers and argue that the life of a tenant isn’t worth 6,000 bucks?” Bonin asked.

Images of flames spewing from the seventh floor of the Barrington Plaza on Wednesday were eerily similar to those from the 2013 fire that caused injuries and gutted the 11th floor.

Puja Oza and her roommate Dalia Kingsbury got calls and texts from friends about the fire before they heard smoke alarms. Still wearing pajamas, they ran with their golden retriever, Seymour, and their panicked neighbors down 16 flights.

In a hotel the next day, Oza wondered whether a sprinkler system would have doused the flames before they got out of control.

“The fire destroyed three other apartments in the time it took for firefighters to get up there,” she said. “I just don’t understand how it’s not already a law. It’s really ridiculous.”

Tenants filed a class-action lawsuit Thursday accusing the building's owner, Douglas Emmett Inc., of negligence. Company officials didn’t immediately respond to calls and emails seeking comment on the lawsuit, the fire and the lack of sprinklers.

“Across the city, we see owners minimize spending on maintenance and upkeep in order to maximize profits, and cutting corners on fire safety is just one particularly egregious way their greed can endanger the lives of tenants,” he said.

Eleven people were treated after Wednesday’s fire, mostly for smoke inhalation. Seven of them, including a 3-month-old child, were sent to hospitals.

In some dramatic rescues, helicopter crews plucked 15 people from the roof and a ladder was used to save a man who clung to the outside of the building as flames raged in nearby apartments.

Hundreds of firefighters doused the fire but the entire building was deemed to dangerous to inhabit, leaving 339 tenants displaced.

The building passed a fire inspection in June, Scott said.