Last of 12 Firefighters Injured in May Explosion Released from Hospital

Carbon dioxide and butane canisters were found inside the building butit is unknown if they contributed to the explosion.

The last of 12 firefighters injured in a fiery explosion in the downtown Los Angeles Toy District two months ago was released from the hospital, officials said Tuesday.

An update from Margaret Stewart of the Los Angeles Fire Department did not name Capt. Victor Aguirre, but read: "We're grateful that all firefighters injured in the Boyd Street Fire have now been released from the hospital. We're happy to report that three firefighters have already returned to duty and the remainder are all continuing their recoveries.''

The May 16 explosion occurred about 6:30 p.m. while crews were responding to a fire in a single-story building at 327 Boyd St. housing Smoke Tokes Warehouse Distributor, "a supplier for those who make butane honey oil," according to LAFD Capt. Erik Scott.

Firefighters had begun an offensive battle inside the building when there was an explosion and multiple buildings became involved, Scott said.

The Los Angeles city Fire Chief sat down with the NBCLA I-Team to explain. Lolita Lopez reports for the NBC4 News on Thursday, May 21, 2020.

Some of the 11 firefighters hospitalized with burn injuries after the "massive fireball" engulfed them were taken to County-USC Medical Center, and two of them were initially listed in critical but stable condition. A12th firefighter was treated and released from an emergency room that day for a minor extremity injury.

The LAFD's arson and counterterrorism unit, the criminal conspiracy section of the Los Angeles Police Department's Major Crimes Division and the federal Bureau of Alcohol, Tobacco, Firearms and Explosives were investigating whether criminal conduct was involved in the explosion.

Carbon dioxide and butane canisters were found inside the building but it is unknown if they contributed to the explosion, LAFD spokesman Nicholas Prange said earlier. 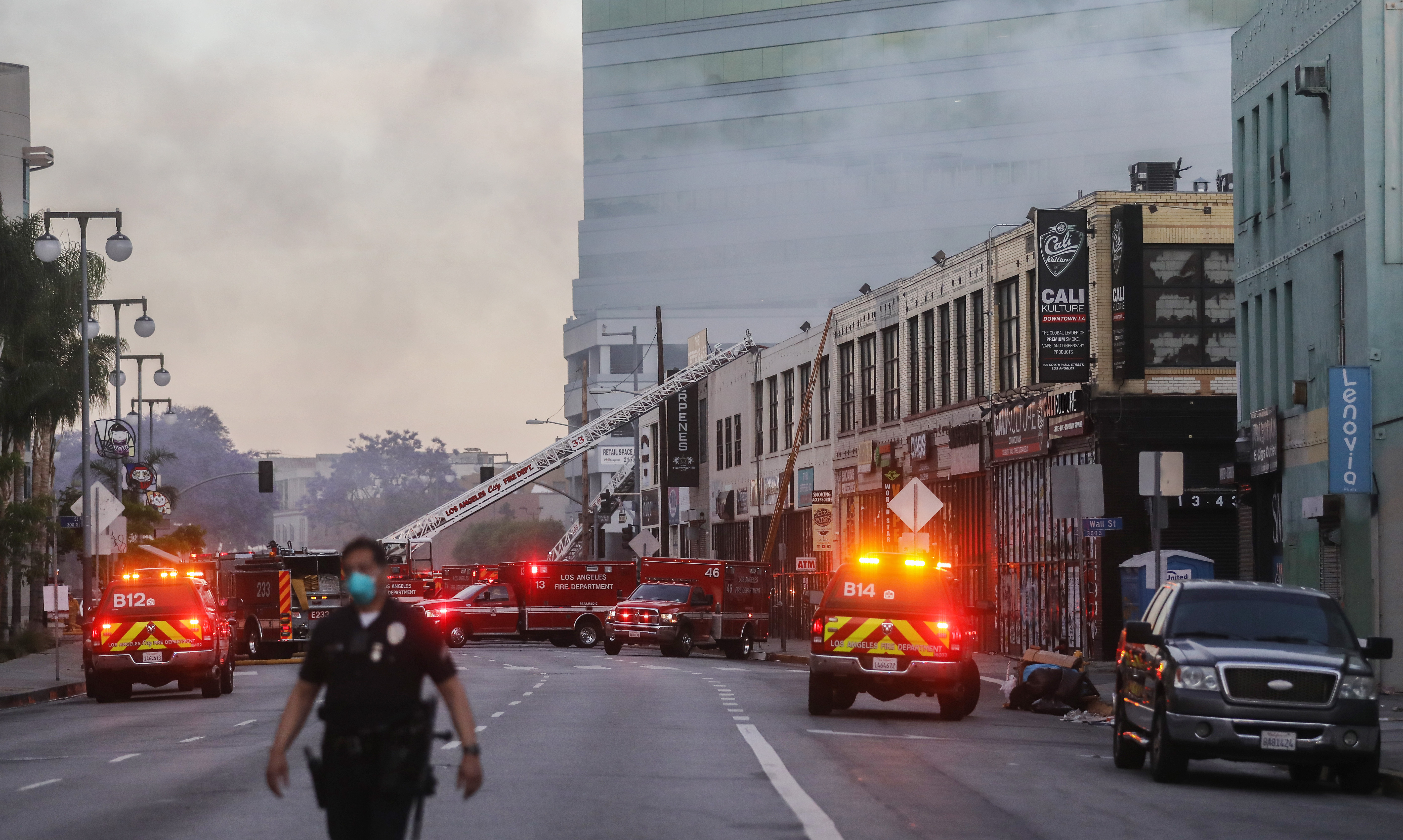 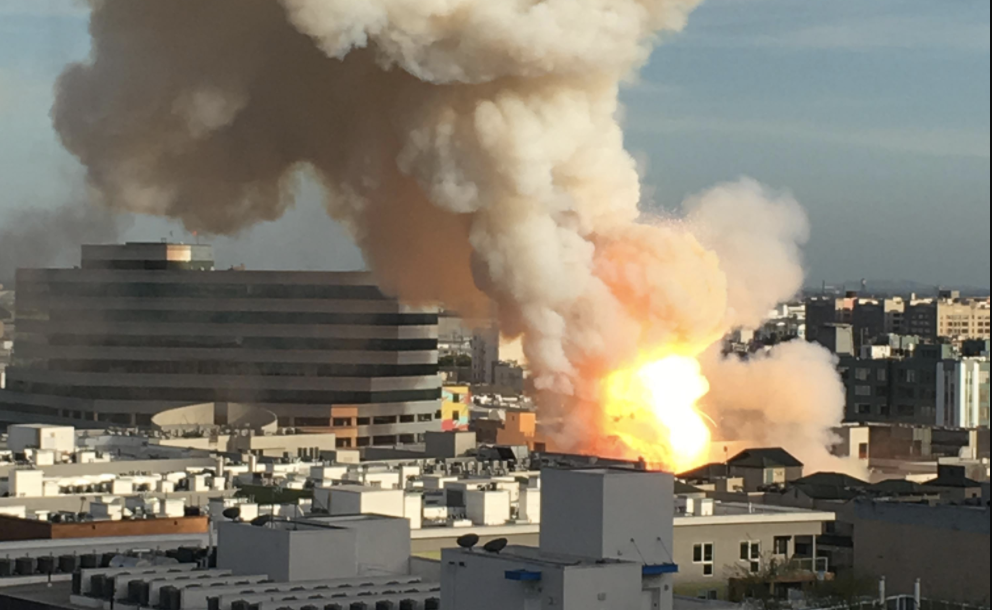 Stewart said Tuesday that the LAFD is awaiting "the release of the ATF National Response Team's report regarding the fire's cause. No further information is available at this time.''

A GoFundMe account raised nearly $180,000 to assist Aguirre and his family with long-term bills, as well as to bring meals to his wife and children, who stayed at a hotel near where he was hospitalized. The goal was $150,000.