LA County Schools Can Reopen Due to Dropping COVID Rate, But Not All Campuses Will

Elementary schools could soon be resuming in-person classes across Los Angeles County, with the county's rate of new COVID-19 infections dropping below the state's threshold today for reopening campuses for students in pre-kindergarten through sixth grade.

But campuses in the Los Angeles Unified School District -- the largest of about 80 school districts in the county -- will likely remain closed for now, as the district's teachers' union demands vaccinations before returning.

School districts in the county will decide individually whether to actually open campuses for students in pre-kindergarten through sixth grade.

Those that do welcome students back will need to meet a series of safety protocols -- such as limited class sizes and provision of protective equipment -- while also continuing to offer a distance learning option to accommodate families wary of sending their children to in-person classes. 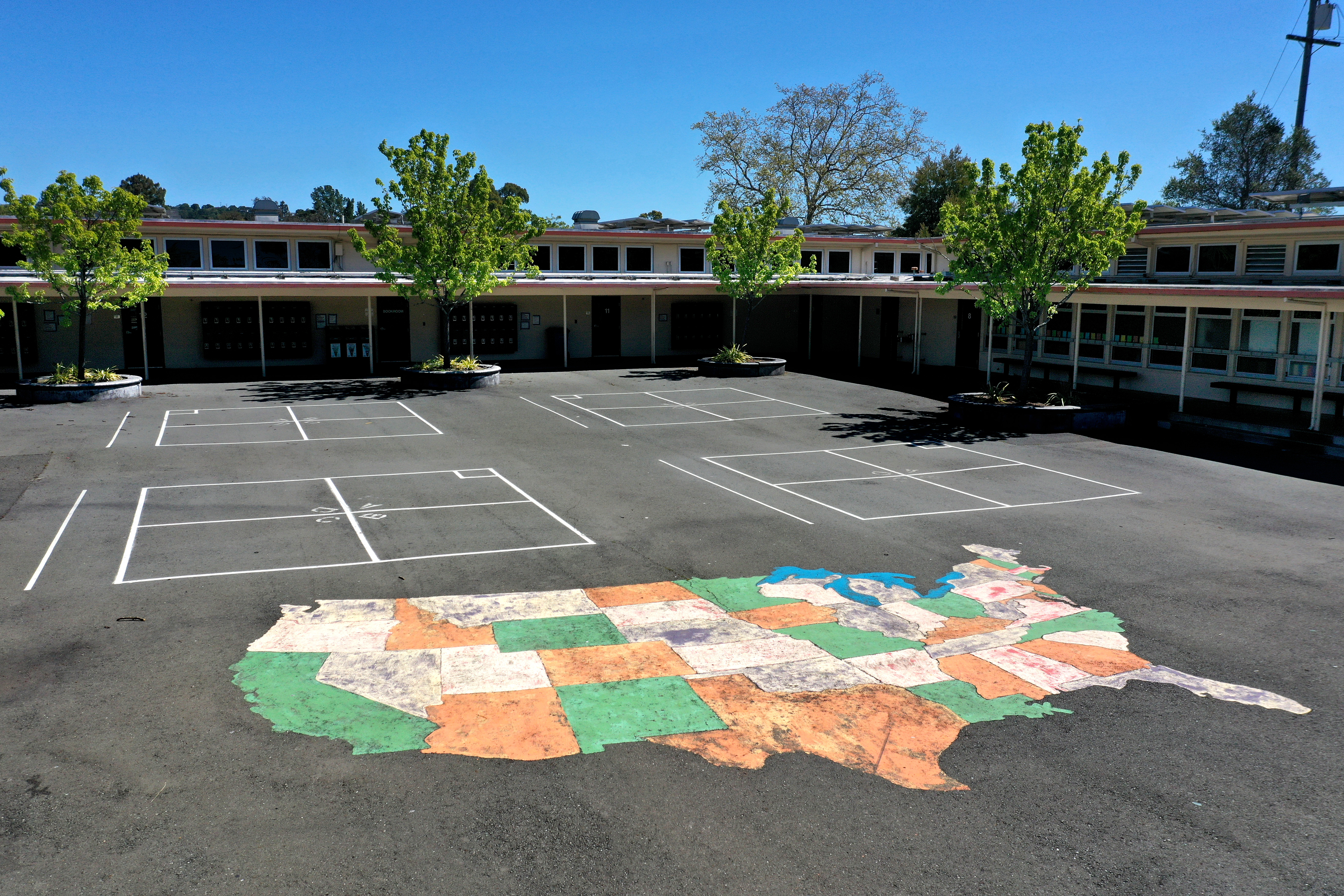 Map: Californians Can Track Status of School Reopenings on This Interactive Map 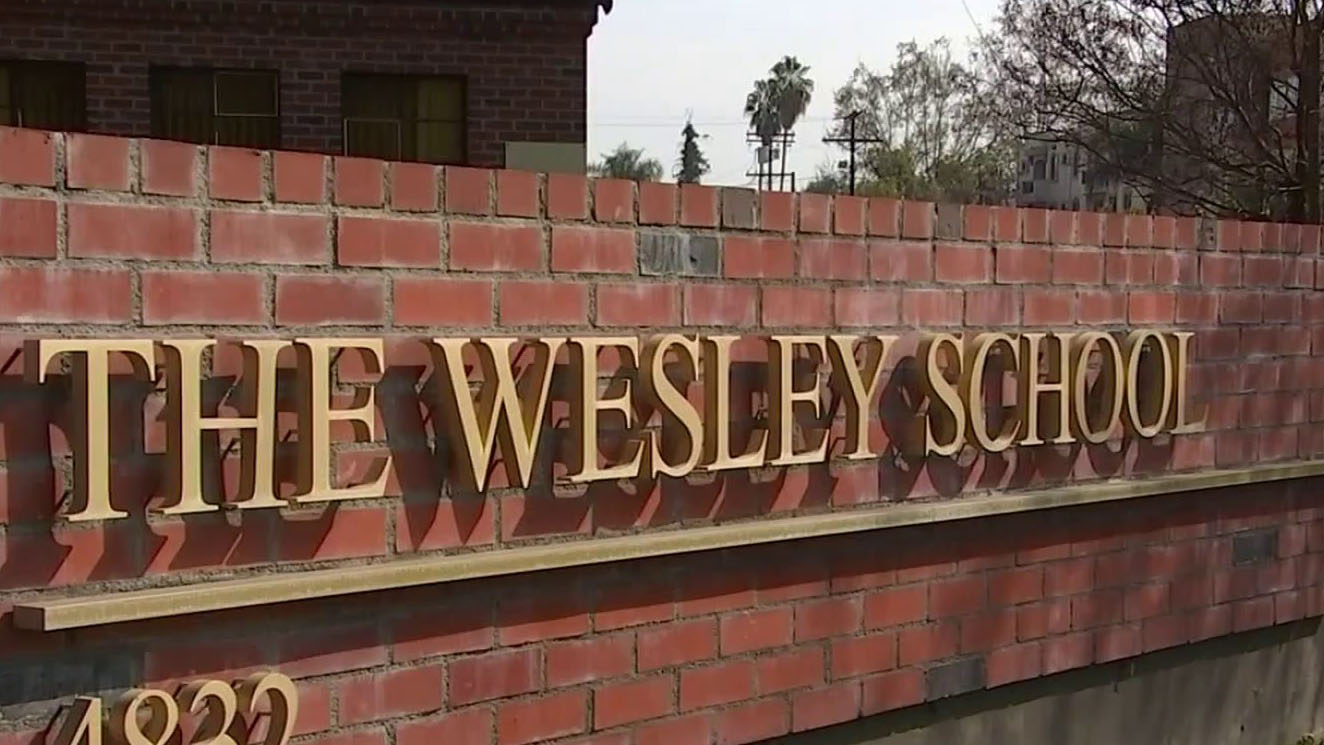 NoHo Private School Teachers Get Vaccine. How'd They Do it? 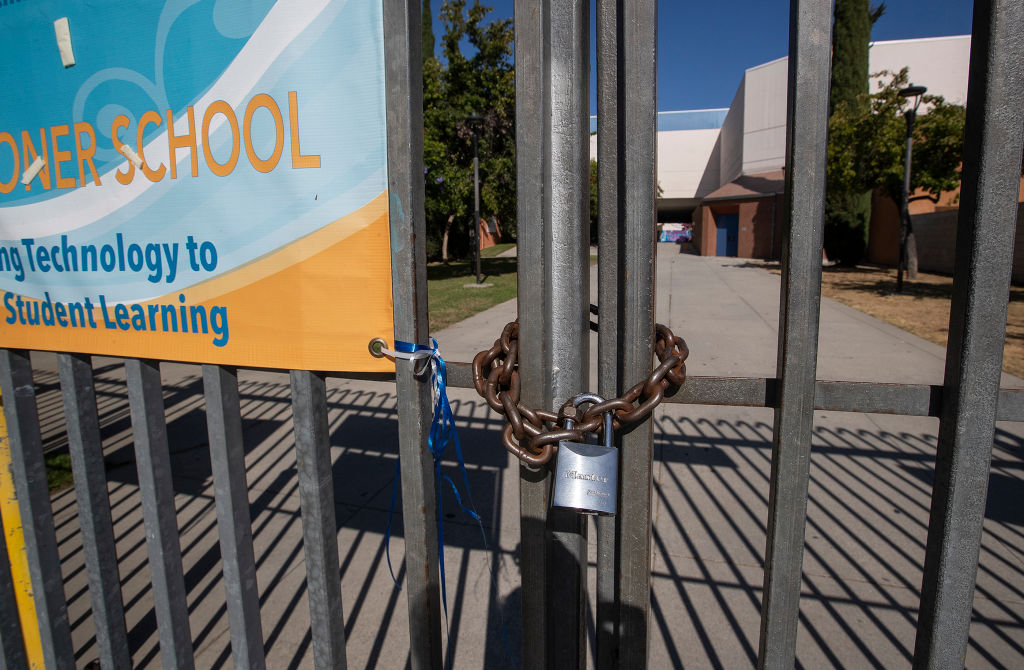 In-person instruction has been unavailable to the vast majority of the roughly 1.5 million students in public and private schools countywide since March 2020, but the state permits elementary schools to reopen as soon as counties reach an adjusted average new daily case rate of 25 per 100,000 residents. Los Angeles County met that threshold Tuesday, when new state figures put the county's case average at 20 per 100,000 residents.

In-person classes cannot resume for grades seven through 12 until the county's rate of new COVID cases falls to seven per 100,000 residents.

Public Health Director Barbara Ferrer said 12 school districts in the county have already had their safety plans approved, and two other districts have plans that are under review. A total of 173 private or charter schools have also had plans approved, with seven other private/charters awaiting approval of their plans.

A full list of the approved districts and schools was not immediately released, but Ferrer said it would eventually posted on the health department website. She noted that LAUSD is among the 12 districts that have had safety plans approved.

But LAUSD, the nation's second-largest school system, is not expected to open classrooms immediately, with the United Teachers Los Angeles union insisting that educators and staff be vaccinated prior to returning to in-person instruction. The union has also insisted that no in-person instruction should resume until the average new case rate drops to seven per 100,000 residents -- a level that would allow the county to emerge from the most restrictive "purple'' tier of the state's economic reopening roadmap.

The union issued a statement Tuesday saying reopening schools while the county is still in the "purple'' tier will "almost certainly lead to an increase in infections and school closures, creating even more instability and frustration.''

"Resuming in-person instruction when cases are so high and without proper health and safety protocols will result in a yo-yo effect of closures, upending the very educational stability that our students and communities deserve,'' UTLA President Cecily Myart-Cruz said.

The U.S. Centers for Disease Control and Prevention issued school-reopening guidelines last week, stating that vaccinations for teachers should not be a pre-requisite for in-person learning to resume. Gov. Gavin Newsom, who has proposed a $6.6 billion plan for reopening campuses and providing funding for safety protocols on campuses, has also said schools can reopen before teachers and staff are vaccinated.

Ferrer said Tuesday she respects the need for districts to make reopening decisions in partnership with parents and labor groups.

"I've always said the decision to open a school gets made by that school community,'' Ferrer said. "There's no way to open schools without teachers and staff feeling comfortable being in buildings, and without parents being comfortable about sending their children. So this is a pathway forward when there's a school community that feels like this is the time for them to be able to reopen.''

She said she was confident that if schools adhere to required safety protocols, the risk of infection is low. She noted that more than 2,200 schools have had some form of in-person offerings -- such as child care, instruction for high-needs students and under waivers for the youngest students -- since September, and infections have been relatively rare, with 86 outbreaks of three or more cases reported in that five-month period.

LAUSD Superintendent Austin Beutner, who has supported UTLA in its call for vaccinations for teachers, said Monday that beyond that issue, the district has done its part in comprehensively ensuring that every campus is safe and ready to welcome back students, including:

-- retrofitting 80 million square feet of school buildings to make sure air is properly filtered;
-- cleaning and sanitizing every room in every school;
-- providing masks and PPE;
-- reconfiguring classrooms and facilities to maintain social distance
-- creating a school-based COVID-19 testing and contact tracing program.

Ferrer said schools that opt to reopen will have to enforce face-covering and social distancing requirements, and students will be limited to small, fixed groups, meaning students will be with the same group of classmates, with no interaction with other groups of students. Schools will also have to maintain regular testing programs, have approved ventilation systems and must immediately report any instances of three infections that occur within a 14-day period.

Beutner announced Monday that the LAUSD's first school-based COVID-19 vaccination center will open Wednesday at Roybal Learning Center at 1200 Colton
St. near downtown Los Angeles. Moderna vaccines will be administered by LAUSD school nurses and other licensed health care professionals -- but only to people eligible to be vaccinated in the county: health care workers, long-term care residents and staff and people aged 65 and older.

The county plans to expand the availability of vaccinations on March 1 to various classes of essential workers, including teachers. But Ferrer noted those workers represent 1.5 million people, and given the continued limited supply of vaccine, it will take time to get them all fully vaccinated.

Ben Drati, superintendent of the Santa Monica-Malibu Unified School District, issued a statement Monday saying the district had reached a tentative agreement with its teachers' union regarding a return to in-person classes. But that deal is also dependent on vaccines -- meaning the district's campuses will likely remain closed until at least mid-March.

According to the tentative agreement, which still needs to be ratified by the union, "vaccines must be available to teachers and campus staff for a period of 15 days prior to students returning.''

"The Los Angeles County Office of Education remains committed to guiding and supporting our 80 districts in addressing the impact of COVID-19 in the second half of the school year and beyond,'' she said. "This includes identifying interventions to address learning loss and working with districts to develop protocols to safely celebrate the class of 2021, including options for commencement ceremonies this spring.''

California health officials recently released an interactive map that allows Angelenos and others across the state to track the status of campus reopenings. The Safe Schools Reopening Map provides data on the status of reopening and safety planning for school districts, charter and private schools in Los Angeles and across California. Officials said they hope it will help communities and school staff evaluate their own reopening plans.

The map was created through a partnership between the state, county office of education and the California Collaborative in Education Excellence.

It can be accessed at https://bit.ly/3jHh1xz.