Former Laker invests $100 million in PPP loans specifically for minority and women owned businesses. Fatmobile owner Mark Webster hopes the money will hold him over, until work picks up, and he can be reunited with his family.

With COVID-19 social restrictions ramping up again, Mark Webster says his catering truck business is “up against the wall.” Trying to plan but not panic, Webster gave up his apartment and sent his young family back to Minneapolis while he tried to save his business, getting an assist from Lakers legend and community activist Magic Johnson.

On a bright November afternoon, before the newest round of restrictions, Mark Webster served up Fatburgers in front of an apartment complex in downtown LA. It was his first catering gig in months.

“Man it's great to be out here working again,” Webster said as he organized orders and stacked burgers high with lettuce, tomatoes and relish.

In the middle of an afternoon rush, Webster told his cook “teamwork makes the dream work,” and when customers said “have a good day,” he quickly replied, “you have a better one!” Frank Vogel: Lakers ‘Have to be Even Better' to Repeat as Champions 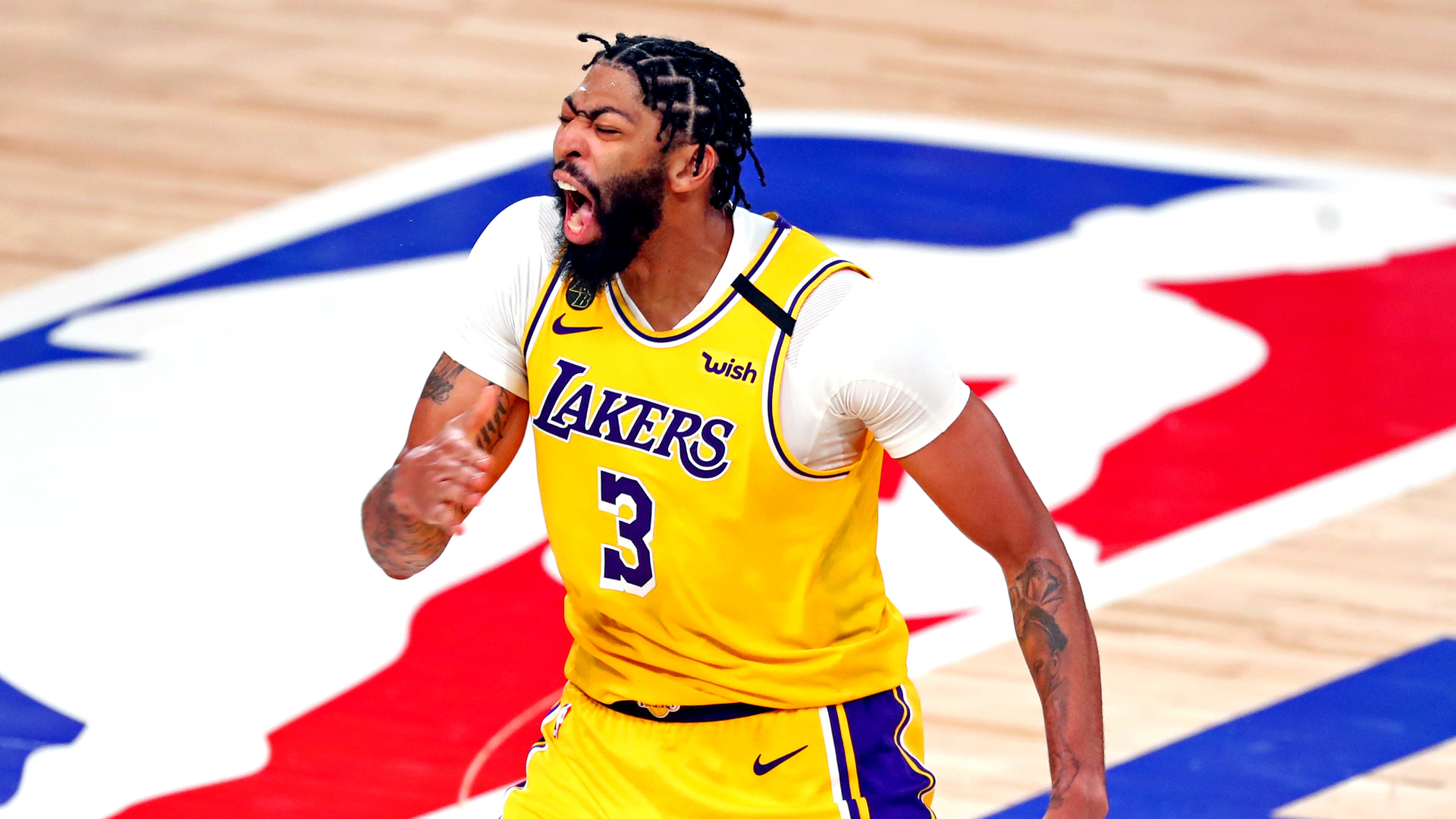 Several years ago, Webster moved to LA from Minnesota chasing “bigger opportunities” and “warmer weather.” He picked up work as a production and logistics coordinator in reality TV.

Webster now owns a “Fatmobile,” the food truck and catering arm of the LA based burger chain, Fatburger.

“My business revolves around large groups of people coming together. Basically within one week everything that I had booked was canceled,” Webster said.

With so much uncertainty, Webster gave notice to his apartment. His wife, two young sons and infant daughter returned to Minneapolis to live with family. Webster stayed in LA, hoping things would get better.

In April, Congress passed a $2 trillion stimulus package, that included $60 billion for small businesses. The Paycheck Protection Program, known more informally as “PPP loans,” were administered by big banks, but Webster felt left out of the opportunity.

“As a small kind of minority business owner a lot of getting access to that stuff has always been challenging” Webster said.

Many black and brown owned small businesses were left out of PPP funding, because they did not have “lending relationships” with the big banks administering the loans.

Webster did not even apply. He only began to have confidence that he may be able to secure a loan, when Magic “Eavin” Johnson announced that his Equitrust Life Insurance Company was investing $100 million in PPP loans, specifically for minority and women owned businesses.

“Just knowing his track record, just knowing what he's about -- what he stands for -- specifically in Los Angeles,” Webster said about Johnson.

Johnson, a former Laker and five time NBA champion, has spent a busy post basketball career focused on economic empowerment in underserved communities. Equitrust partnered with MBE Capital Partners and Carver Federal Savings. These three minority owned institutions have funded over $300 million in loans, including more than 3,000 loans in California.

“I've never seen this much capital come into our communities,” said Carra Wallace, President of MBE.

Wallace says the average loan was $20,730, but they funded loans as low as $1,500. Many of these loans went to businesses with sole proprietors, including hair stylists, tow truck drivers and construction crews that haul waste.

Wallace says the impact of this money goes beyond the business itself.

“Seventy percent of minorities are hired by minority owned businesses, so we understood that unless you grow and scale minority businesses you will never change the economic outcomes in these communities.”

The mayor warmed that 3,000 people could die due to COVID-19 in LA County in December alone, which would match the city's murders for a decade. Robert Kovacik reported on NBC4 News on Wednesday, Dec. 2, 2020.

Webster received his loan in August.

“It literally was a life raft for me,” he said.

Webster said the loan allowed him to hold onto his business, and hopes that he will soon hold the people he is working so hard for.

“Just to hold my daughter and you know -- play with my boys. That's what's really driving me -- is my family,” Webster said.