The D-Day Doll, a Douglas C-53D manufactured in 1943 to carry paratroopers and cargo in World War II, will lead the formation of vintage planes.

An 18-plane formation of historic planes will fly over the Inland Empire, Orange and Los Angeles counties on Memorial Day, saluting veterans and health care workers.

“We came up with the idea after seeing the Thunderbirds and Blue Angels making the rounds,'' Commemorative Air Force Inland Empire Wing Operations Manager Bill Prosser told City News Service. “We're going to be a lot slower than the T-Birds and Angels so people can see us better.

The U.S. Navy Blue Angels and U.S. Air Force Thunderbirds have crossed the nation, making high-speed, low-pass appearances as part of “Operation America Strong,'' a morale-booster in answer to this spread of coronavirus. The Thunderbirds were in the Los Angeles metropolitan area last week.

Prosser said he and CAF IE Wing Commander Steve Rose reached out to organizations statewide to solicit support for what's been dubbed “Memorial Day: Operation Social Strong,'' and the response was immediate.

“We've got no sponsors, just partners,'' he told City News Service. “We reached out to them, and they said, 'Heck, yeah, let's do this!'''

The IE Wing's Riverside-based “D-Day Doll,'' a Douglas C-53D manufactured in 1943 to carry paratroopers and cargo in World War II, will lead the formation, which will also feature C-47 transports, P-40 Warhawks and P-51 Mustangs.

The formation has 19 designated flyover locations, listed below, in order of the planned itinerary, with the operation starting about noon on May 25:

“On the D-Day Doll, we'll be carrying a veteran from each war going back 80 years -- a World War II vet, a Korean War vet, a Vietnam vet, an Afghanistan vet and an Iraqi Freedom vet,'' Prosser said. “We cannot forget our veterans who gave so much. Memorial Day is about remembering those who gave the ultimate sacrifice. Veterans Day is for all veterans. But Memorial Day is to honor all those who secured the freedoms we have today.''

With health care workers on the front lines in the battle against COVID-19, they deserve recognition on the occasion, as well, Prosser said. 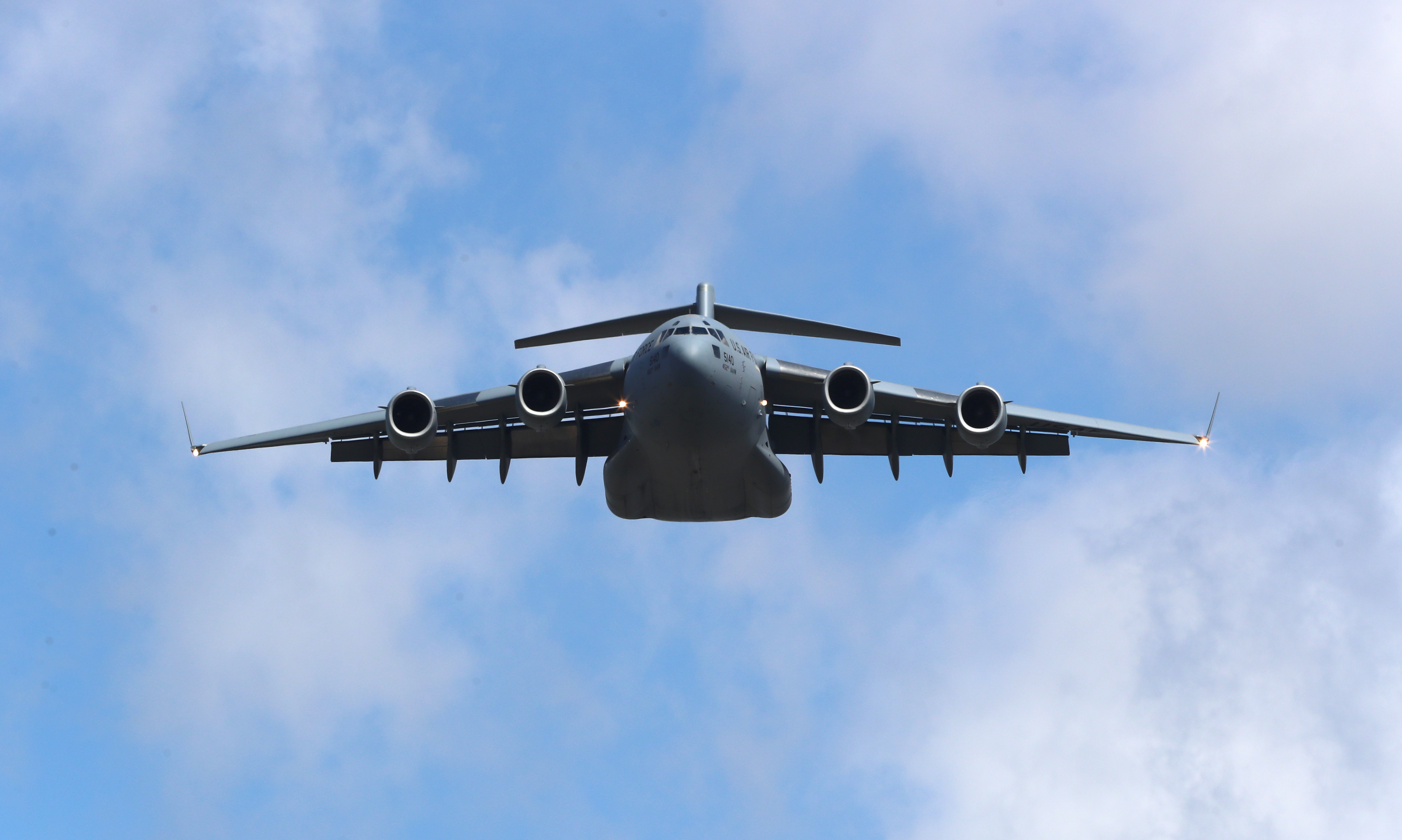 Along with the CAF aircraft, the Palm Springs Air Museum's Planes of Fame will be in the formation, as well as a Flabob Express transport from Jurupa Valley, a historic aircraft owned by the Benovia Winery in Santa Rosa and Betsy's Biscuit Bomber, a restored C-47 based in Paso Robles.