The families who are the faces of those in need, worried about making ends meet, have one less worry with the help of these programs.

Organizations are opening a world of produce for food-insecure families across Southern California.

Nonprofits like Seeds of Hope and the Pico-Union Project are under an umbrella of groups with Food Forward at the top.

Rick Nahmias is the founder of Food Forward, a nonprofit organization that brings fresh surplus fruits and vegetables to people experiencing food insecurity across 8 counties in Southern California and tribal lands in Arizona and New Mexico.

“Produce will come and land here and be here for maybe 2 hours, two days at most. We call it the produce pit stop for a reason,” he said. 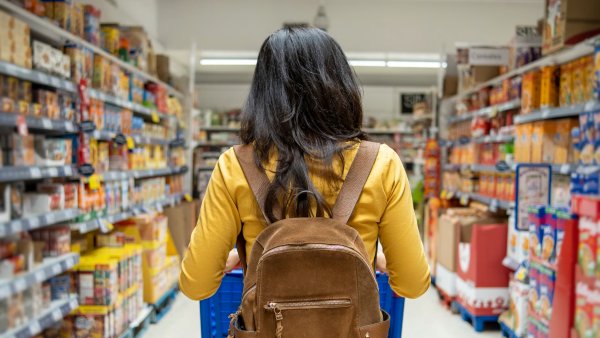 The Food Forward pit stop in Bell is the warehouse where food is rescued from businesses and restaurants and then given to other groups from the Union Rescue Mission to hundreds more, providing produce to 160,000 families every single day.

“There is a huge human and environmental cost to the food that we are producing, and if we are wasting it, it’s criminal,” Nahmias added.

Which is why California's new cal-recycle law that starts in January, requires residents to put food waste into your green yard waste bins, and restaurants to donate unused produce to groups like Food Forward, in an attempt to reduce greenhouse gases by 75%.

Rachel Wagoner is the director of Cal-Recycle. She says food waste accounts for so much methane gas, the new law could reverse some of the effects we’ve already seen from climate change.

“When we achieve that 75% reduction goal, it’s the equivalent of taking 1.7 million cars off the road. We can make this difference every single day. We all need to be a part of the solution and by reducing the amount of food and other organic waste we throw away, we are helping solve that problem every day.”

A line formed in a Pico-Union neighborhood even before the food distribution started.

Erica Nieves, who works with Seeds of Hope, explained what they do.

“We do 1,000 bags every Friday. We have broccoli, it’s organic, always a medley of things.”

The families who are the faces of those in need, worried about making ends meet, have one less worry with the help of these programs.

“This for us, and for them, is a huge relief, a huge weight off their shoulders,” Nieves said.