The county's positivity rates qualify for the yellow tier, but the case counts are still in the orange tier.

Orange County reported just 73 new COVID-19 cases Wednesday and five more fatalities, most of which date back to February, as hospitalization rates inched down.

The number of COVID-19 patients in county hospitals decreased from 128 Tuesday to 125, while the number of intensive care unit patients dropped from 27 to 24.

Orange County's weekly averages for COVID-19 metrics, which are released on Tuesdays, kept it in the orange tier of the state's economic reopening system, although it meets two of three categories for the least- restrictive yellow tier, according to most recent figures.

Four cities, Providence Health and Edwards Lifesciences are all working together with a goal of 2000 vaccines a day, five days a week in Orange County. Vikki Vargas reports for NBC4 News at 5 p.m. on April 22, 2021.

The county's weekly averages for adjusted daily case rate per 100,000 residents improved from 2.8 last Tuesday to 2.6. The overall test positivity rate remained at 1.4%. The county's Health Equity Quartile rate, which measures positivity in hotspots in disadvantaged communities, increased from 1.7% to 1.9%.

The county's positivity rates qualify for the yellow tier, but the case counts are still in the orange tier. A graduation into the yellow tier requires that the case rate must get below 2 per 100,000 people. A county must maintain metrics for a tier for two weeks before graduating to a less-restrictive level.

“One thing for concern is the number of people who are hospitalized now seem to be younger and that is across the state as well,” Dr. Clayton Chau, the county's chief public health officer and director of the Orange County Health Care Agency, told the Board of Supervisors at their regular meeting Tuesday.

“That's because we've done quite well in vaccinating our most vulnerable victims age 65 and older,” Chau said.

People are ditching distancing and masks ahead of schedule, and it could have a major impact. Lolita Lopez reported on NBC4 News on Friday, April 23, 2021.

As of April 18, the county had vaccinated 80% of its residents in that age group, he said. Meanwhile, Supervisor Don Wagner rebutted a tweet suggesting that he subscribed to a debunked conspiracy theory at Tuesday's board meeting that vaccines include some sort of ingredient used to track recipients. The out-of- context quote of Wagner asking Chau about the conspiracy theory suggested he believed in it when he was actually asking Chau to explain to the many residents who advanced the claim Tuesday that they are mistaken.

“It's dishonest what they're trying to say,” Wagner told City News Service. “It's clear in context. We were going through all the things they were saying.” The claim that vaccines can be used to track recipients is “not anything to take seriously. The county government is not trying to invade anyone's privacy or to microchip people or any of that... In context, it is very clear we were taking Dr. Chau through the disinformation to give him a chance to debunk it and to assure the public there's nothing nefarious going on,” Wagner said.

Many of the speakers Tuesday continued to assail the concept of a “vaccine passport,” which is not the same as the vaccine verification system the county is adopting. “We're trying to give our patients the proof they want that they've been vaccinated,” Wagner said.

Anyone who receives a vaccine at a county-run site can voluntarily opt in to a process that generates a QR code that will prove vaccination. If private businesses want to restrict access based on vaccinations they are free to do so, but the county has no intention of doing the same on public property, officials said.

Pants on fire, says PolitiFact's Bill McCarthy. He joined LX News to discuss a false claim circulated by Fox and The Daily Mail that President Joe Biden was going to require Americans to eat less beef in order to meet climate goals.

“There is no tracking and tracing mechanism,” Supervisor Lisa Bartlett said. “There is no big government following them around. If they have a smart phone they're already being tracked.”

“There are marketing companies out there that if you have a smart phone and GPS they can track you. If you have a car with a black box in it the insurance companies and the auto manufacturers can figure out where the vehicle was if it is stolen.”

The QR code also will not contain anything other than the name of the recipient and verification of vaccine receipt, Chau said. “There is no (Health Insurance Portability and Accountability Act) information on it. It is just a matter of convenience,” Bartlett said.

Supervisor Katrina Foley and Board Chairman Andrew Do noted they received a letter from the Orange County Business Council supporting a vaccine verification program. The county, meanwhile, has dispensed 2.57 million doses of vaccines with 978,000 people considered fully vaccinated, Chau said. About 1.9 million people have received their first dose, Chau said. The county continues to test around the state average, Chau said.

The CDC doesn't want you going out with friends right after full vaccination, but is encouraging waiting two weeks for coronavirus antibodies to kick in. NBC News Medical Correspondent Dr. John Torres weighs in on those guidelines and also discusses the COVID-19 crisis in India, where hundreds of thousands of cases are being reported each day, and oxygen and ventilators are in high demand.

The county's average this week is 308.8 per 100,000 residents. The county received 9,555 tests on Wednesday, raising the total to 3,633,674. Chau said the county is expecting to receive 22% fewer vaccines in the next two to three weeks. It is not certain why that is, but Chau said it probably has to do with the pause in distribution of the Johnson & Johnson vaccine, which was lifted on Friday, while officials studied blood-clotting issues to about 15 people out of 8 million recipients.

Chau also said he anticipates demand for vaccines at the county-run super Point of Distribution sites to drop off soon, prompting a pivot to more mobile clinics to target vaccine hesitancy among certain demographics.

“We will have to consider how do we consolidate or close the super PODs because the resources will probably outweigh the demand,” Chau said.

Bartlett said it appears the county needs to vaccinate 740,000 more residents, “which is a lot,” before the county can achieve herd immunity.

Chau admitted some anxiety about reaching herd immunity in time for a mid-June goal due to the declining allocation of vaccines. The board voted Tuesday to spend $5 million of federal relief package money to help arts-related nonprofit organizations and $10 million for “meal gap” assistance to seniors and others experiencing “food insecurity” as a result of the pandemic. 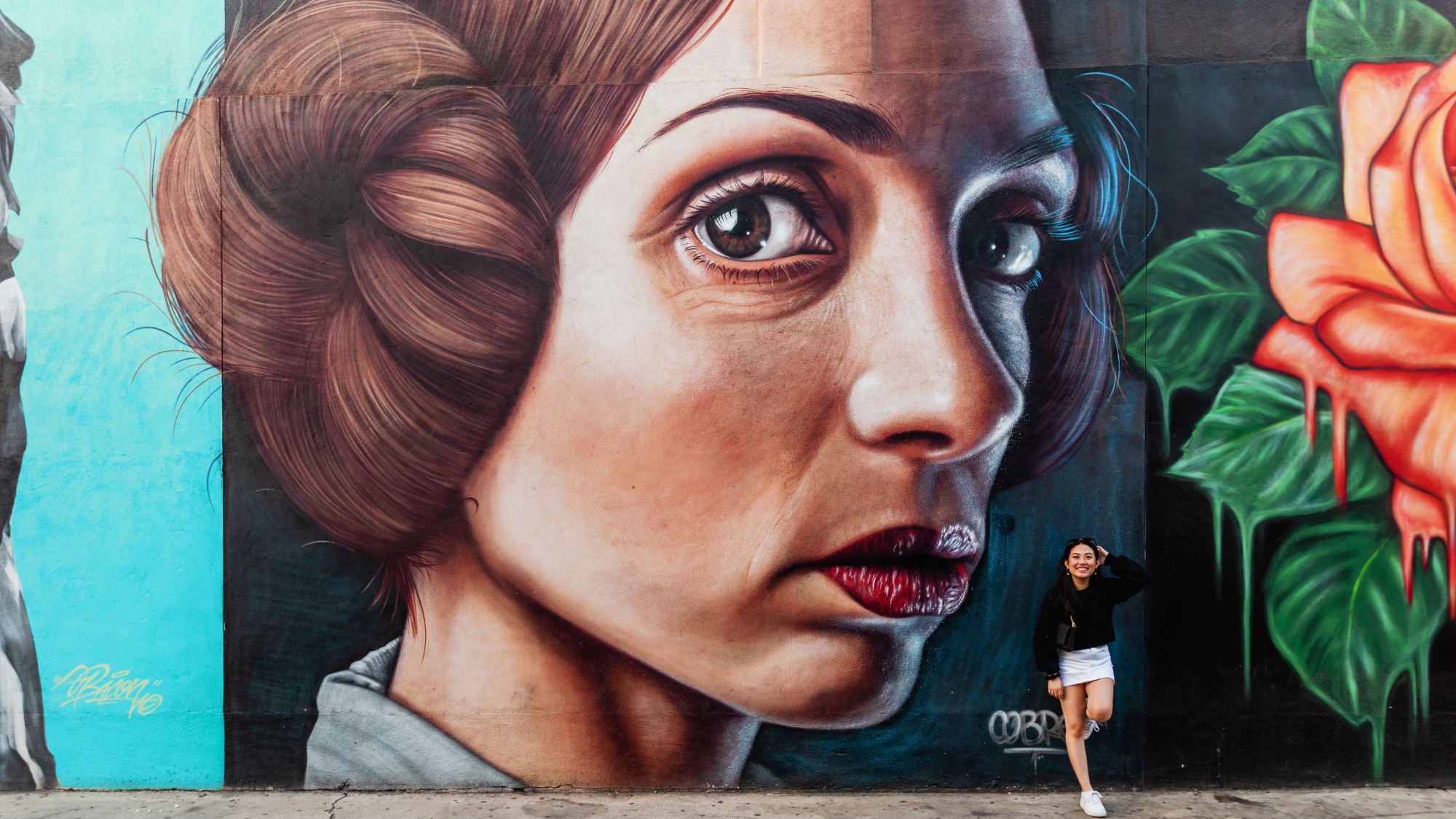 The Murals of Modesto Are Cosmically Good 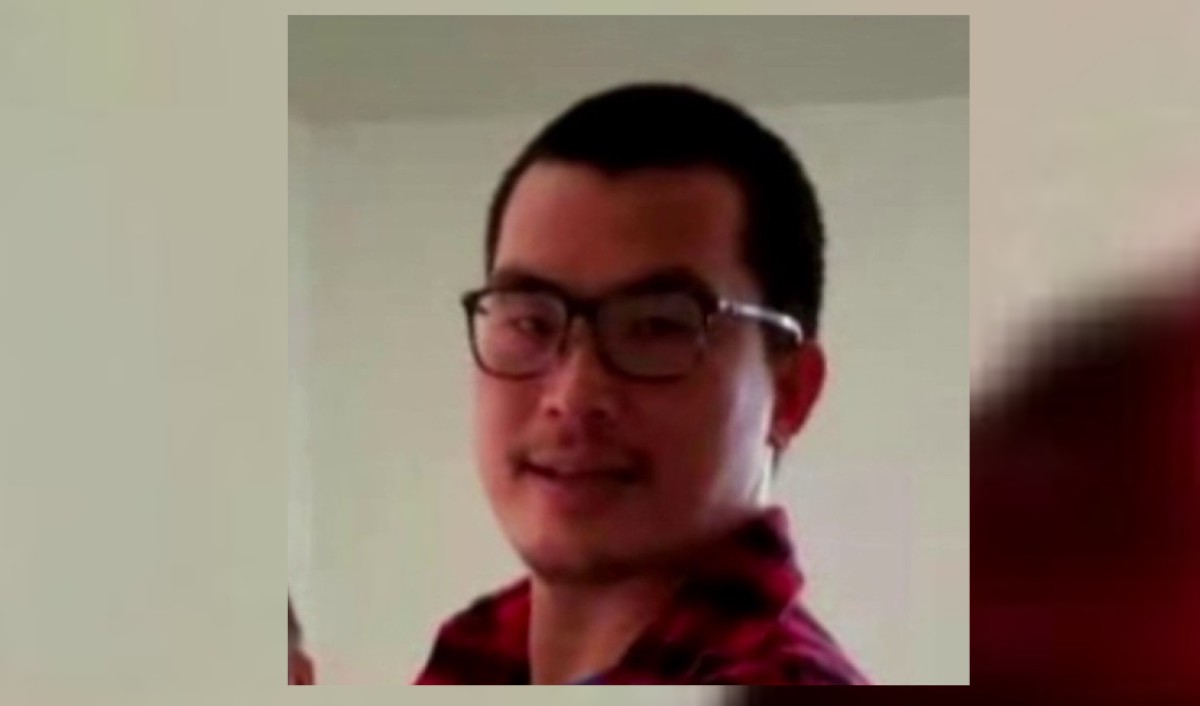 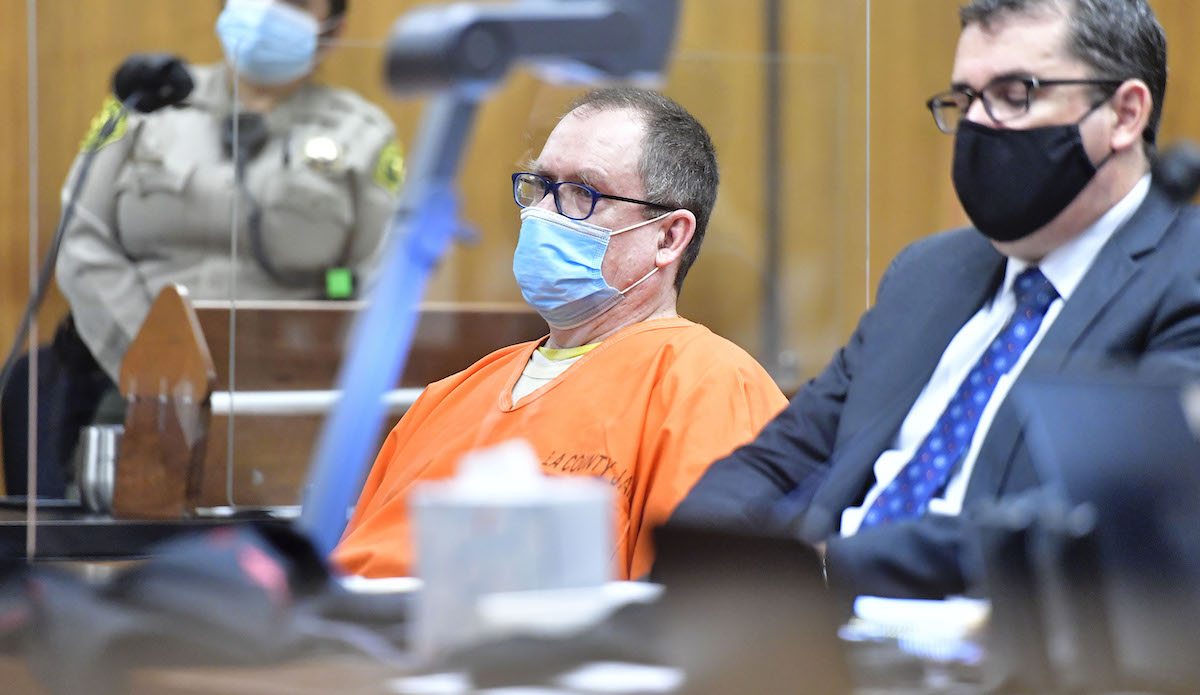