After Prosecutors' Request, Police Back Down From Plan to Release Orange Shooting Video

Four people, including a 9-year-old boy, were killed March 31 when a gunman opened fire at an Orange office building.

The man suspected of shooting and killing four people at an Orange office complex last month and one of the wounded victims remain hospitalized, police said at a Wednesday news conference that was expected to include the release of responding officers' body-worm camera video.

Police had planned to release video Wednesday that is part of the investigation into the March 31 shooting that left four people dead, including a 9-year-old boy. The video, part of a critical incident debrief, includes 911 calls and video from cameras worn by the first responding officers. But before the scheduled news conference, Orange police said prosecutors asked that they not release the video because of potential impacts on the criminal investigation.

Orange County District Attorney Todd Spitzer sent a letter earlier in the day asking police not to release the nine-minute video they had prepared, which included portions of 911 calls and footage in which gunshots are heard.

“While new laws require your department to release videos after the incident occurs, there are exceptions when there is an on-going criminal prosecution,” Spitzer wrote. “Releasing the video could have a negative impact on the prosecution of this case and the future decisions about this case.”

The man accused in the shooting rampage was charged with murder and attempted murder. He remains hospitalized after being shot and wounded.

Authorities have said they will investigate whether the injury was self-inflicted or caused by officers’ gunfire.

The suspect allegedly used a bike cable lock to lock gates to the building from the inside before opening fire, police said. 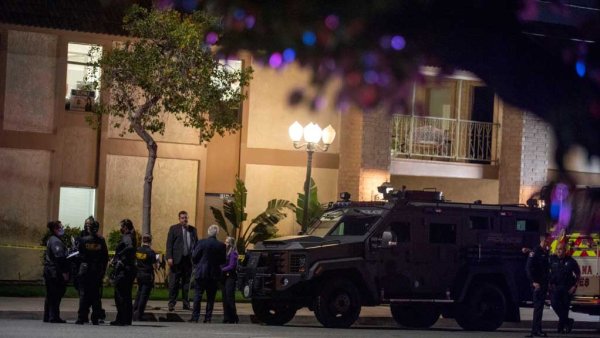 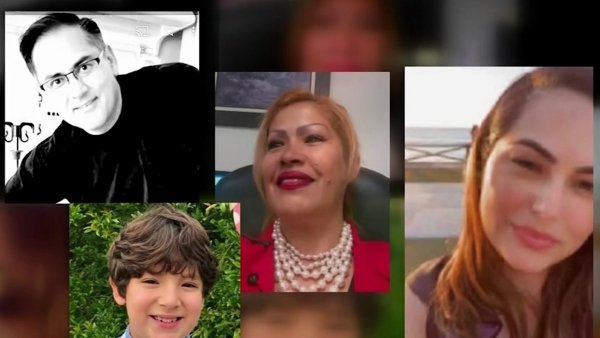 The suspected shooter, from nearby Fullerton, was staying at a motel in the neighboring city of Anaheim and used a rented car to arrive at the office building on Lincoln Avenue. He chained the front and rear gates to the complex with bicycle cable locks and was spotted on security video wearing a bandana over his face, brandishing a semiautomatic handgun and hauling a backpack that contained pepper spray, handcuffs and ammunition, police said.

The preliminary motive is believed to be related to a business and personal relationship between the suspect and victims, investigators said.

The accused OC killer's arraignment from his hospital bed was delayed again. John Cádiz Klemack reports for the NBC4 News on Monday, April 5, 2021.

Authorities identified the people killed in the attack as Luis Tovar, 50, who owned Unified Homes; Leticia Solis Guzman, 58; and Jenevieve Raygoza, 28, and her brother, Matthew Farias, 9.

The 9-year-old boy was found cradled in the arms of a wounded woman later identified as Blanca Tomayo, the mother of Matthew and Raygoza. She remains hospitalized, police said Wednesday.