The pilot was the only person aboard the twin-engine Cessna 337 Skymaster when it crashed April 20 near the 210 Freeway in the northern San Fernando Valley.

A pilot killed when his plane went down near a Southern California freeway last month reported a problem with the aircraft's landing gear before the crash.

The pilot was the only person aboard the twin-engine Cessna 337 Skymaster when it crashed around midday April 20 near the 210 Freeway in the northern San Fernando Valley community of Sylmar. 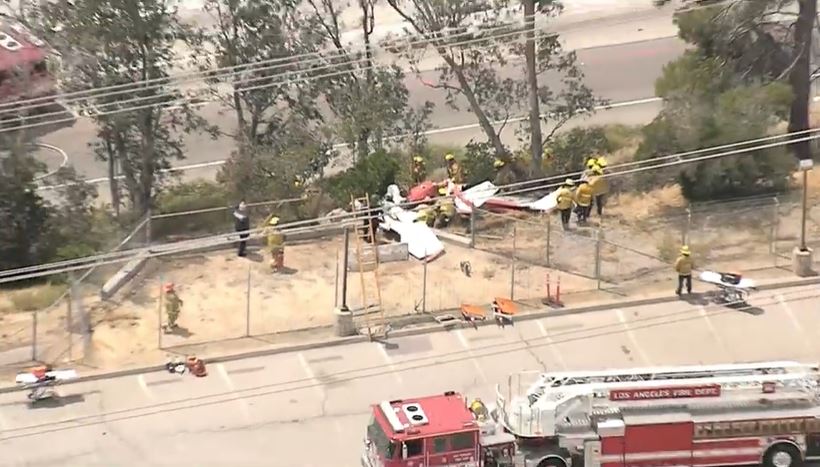 Pilot Killed in Plane Crash in Sylmar Area is Identified

The pilot, a 62-year-old Torrance man, reported after takeoff from nearby Whiteman Airport that the plane's landing gear did fully retract, according to a preliminary report released by the National Transportation Safety Board. After a request to climb and stay over the airport, there were no further communications with the tower, the report stated.

“Tower personnel approved his request. There were no further radio transmissions from the pilot,” the preliminary report released Monday said.

The plane crashed on an embankment near the 210 Freeway in the nothern San Fernando Valley community of Sylmar. Witnesses said the plane was in a left turn when its nose dropped. The plane then spiraled to the ground and crashed between two trees about 80 feet from the freeway.

An investigation is now underway after a plane crashed into an embankment along the 210 Freeway in Sylmar. The pilot was killed. Gordon Tokumatsu reports for the NBC4 News at 4 on Wednesday, April 20, 2022.

The aircraft's left wing struck a fence before the crash, the third near Whiteman Airport in recent months. In November, a plane crashed in a neighborhood near the runway, killing a Civil Air Patrol pilot. In January, a plane landed on train tracks near the airport and was struck by a Metrolink train. LAPD officers rescued the pilot from the wreckage moments before the train crashed into the plane.

The county Board of Supervisors asked its staff to begin compiling documents and data that would need to be presented to the FAA if the county opted to seek a closure of the airport.

The NTSB investigation into the cause of the April 20 crash is ongoing.