After running from the car, a driver involved in a chase attacked a woman on a sidewalk in West Los Angeles.

A pursuit driver is in custody after a dangerous chase through the West LA area, where he abandoned the vehicle and allegedly mugged a woman on the street.

The driver of the black vehicle, a possible murder suspect, was seen driving on the southbound 405 Freeway.

He exited the highway onto streets and drove through residential areas until he reached a cul de sac, where he abandoned the vehicle and ran. The man jumped over a fence and went through the backyard of a house until he came out to a main street.

A woman was seen walking two small dogs when the pursuit driver approached her. They appeared to be talking when he reached towards her and she struggled to fight back, falling onto the ground.

The man was seen grabbing onto the woman's shirt as she struggled to get away.

He then ran away and into a Starbucks on the corner of National Boulevard and South Barrington Avenue.

Police took the man into custody and provided aid to the woman as she approached the officers. 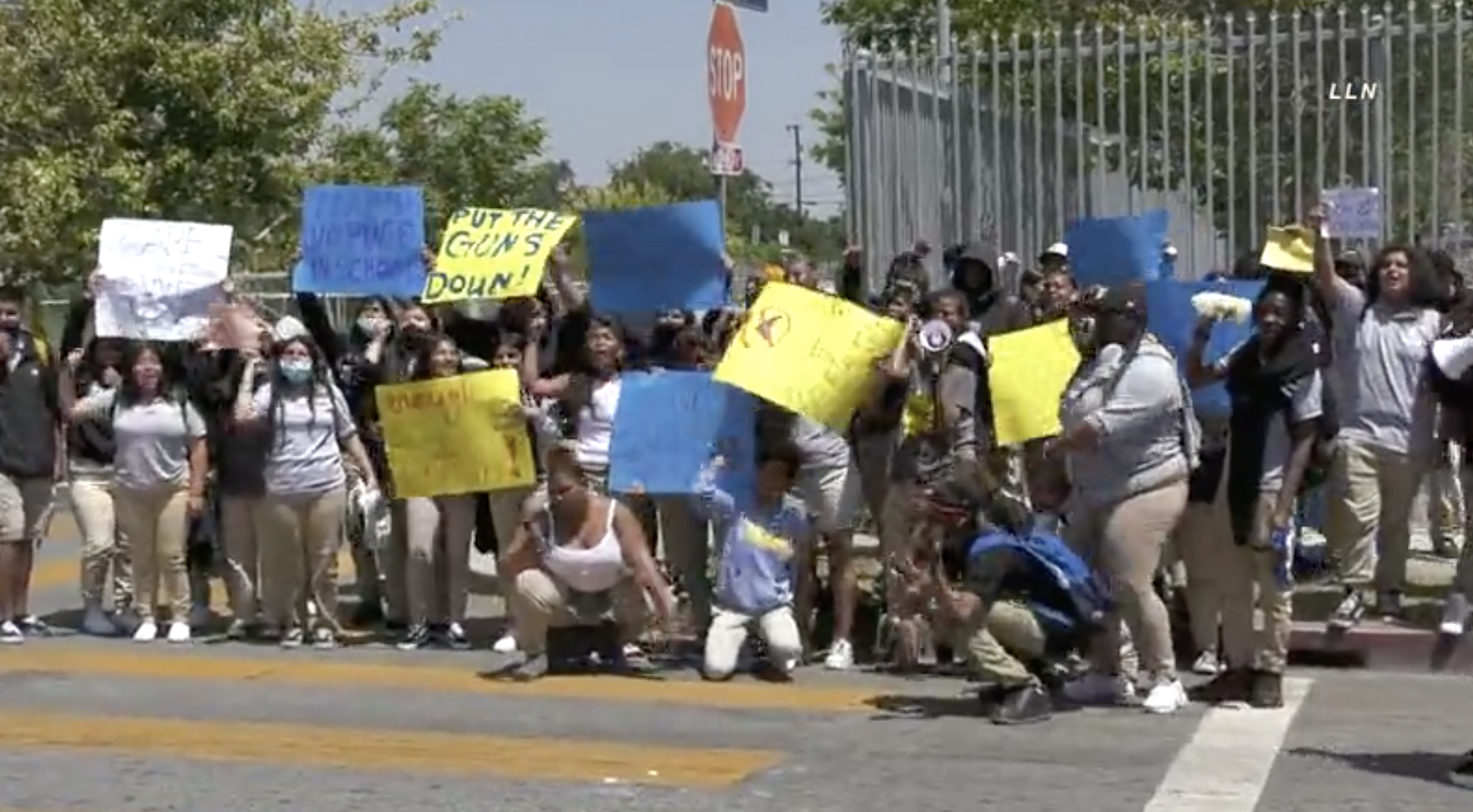 The Long Beach Police Department said the driver was a possible suspect in the death of a woman found with gunshot wounds at the intersection of East Artesia Boulevard and Cherry Avenue in Long Beach. The woman was transported to a hospital where she later died.

The motive for the shooting remains under investigation.

The 32-year-old Wilmington resident was booked on suspicion of murder. He was being held on $2 million bond.

The victim and suspect were long-time acquaintances, police said, adding that he targeted the victim, identified only as a woman in her 30s.