Alfredo Luna Jr., 41, was arrested on Inauguration Day, Jan. 20, stemming from a prior search of his home that turned up an unregistered assault rifle.

A Palm Springs Unified School District patrol officer arrested during an investigation into domestic extremism by an FBI Joint Terrorism Task Force pleaded not guilty on Monday to a felony weapons charge.

Alfredo Luna Jr., 41, was arrested on Inauguration Day, Jan. 20, stemming from a prior search of his home that turned up an unregistered assault rifle, according to court papers.

Luna was arraigned at the Larson Justice Center in Indio before Riverside County Superior Court Judge James Hawkins, who scheduled a felony settlement conference for July 23. 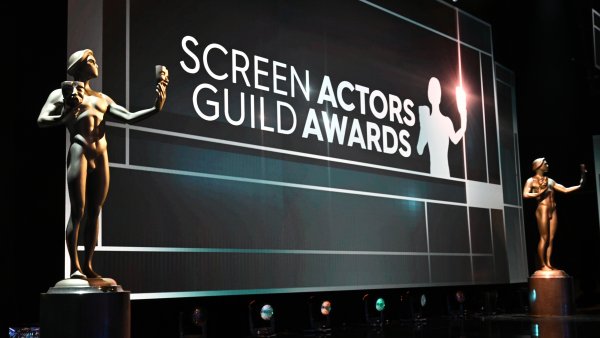 SAG Awards Will Return in February 2022 With 2-Hour Show

Luna, who remains out of custody on a $250,000 bond, is charged with one felony count of possession of an assault weapon, which is illegal to possess in California.

Court papers allege that Luna, a former Cathedral City police officer, was an adherent to the QAnon conspiracy theory and a right-wing militia group involved in storming the U.S. Capitol on Jan. 6.

John Candias, a Rialto Police Department detective and member of the task force, wrote in a declaration in support of arrest warrant that a search of the defendant's home yielded an unregistered Smith and Wesson assault rifle under his bed.

Investigators stated that when they questioned Luna about the gun, he said he had bought it from a former co-worker at the Cathedral City Police Department during his time there, but could not remember the seller's name.

Authorities said they also seized a half-dozen other guns registered to Luna in accordance with a temporary gun and ammunition restraining order authorities had obtained against him.

Luna allegedly admitted to being an "adherent to the Qanon conspirator movement and the Three-Percenter (3%) militia group" while being interviewed during the search warrant execution, according to the warrant.

QAnon is a group of right-wing conspiracy theorists who claim that former President Donald Trump is secretly saving the world from a cabal of child-eating Satanists, while the Three Percenters is a far-right, anti-government militia group.

Both groups have been linked to the riots at the U.S. Capitol building on Jan. 6, though it was not alleged that Luna was involved in that action.

Candias went on to write that Luna is a "former U.S. Marine and fully capable of inflicting lethal violence."

A separate arrest warrant alleges that Luna had been "posting messages and images of his discontent for government officials and advocates others to carry out violence" on social media and that his "behavior is consistent with pre-incident indicators of extreme violence."

Exactly what was contained in the posts was not specified.

Palm Springs Unified School District spokeswoman Joan Boiko said Luna was placed on paid administrative leave soon after his arrest, and that his employment with the district ended on April 7. She declined to say if he resigned or was fired.

Luna passed a background check before being hired as a patrol officer with PSUSD in the summer of 2020, the district previously announced.

Luna was hired on as a police officer with the Cathedral City Police Department in February 2006, but was terminated from that job in January 2019 due to "misconduct," a department official said. The official confirmed an internal investigation found that he falsified his time card, but that it was not the reason he was terminated.

Luna has no documented felony convictions in Riverside County.