A pursuit through a neighborhood north of Los Angeles ended Thursday when California Highway Patrol officers sent the vehicle into two spins after the driver circled around the same area several times for nearly an hour.

Authorities pursued the driver -- wanted in connection with a robbery -- on surface streets, but backed off at times when the driver entered hillside neighborhoods above La Crescenta and La Canada Flintridge. The area is about 15 miles north of downtown Los Angeles. 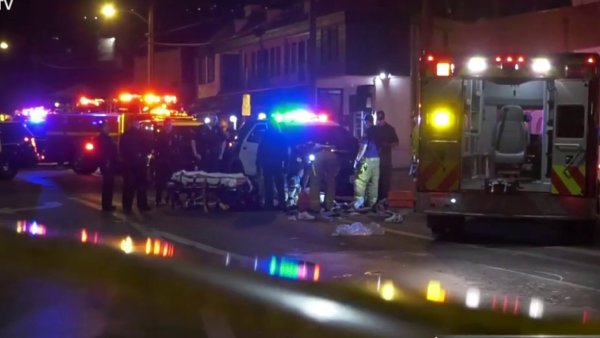 After entering a residential area in Sunland, a CHP officer employed a slow-speed pursuit intervention maneuver, spinning the car around and following it as the vehicle rolled in reverse. The officer used his vehicle to bump the car back around before it came to a stop on the side of the street.

After a brief standoff, the driver exited the car and surrendered.