With a highly diverse population, mayoral candidates will need to communicate with voters in scores of neighborhoods with separate identities.

The diversity of Los Angeles is on display in the emerging race to replace Mayor Eric Garcetti and the winning candidate who emerges from the growing field of hopefuls will need to navigate rivalries and forge alliances across the city’s racial and ethnic communities.

No single group dominates at the ballot box in the nation’s second-most-populous city, which makes coalition-building an essential task.

Democratic U.S. Rep. Karen Bass formally stepped into the 2022 contest Monday, hoping to become the first female and the second Black mayor. Tom Bradley, the first Black mayor, held the post from 1973 to 1993.

Bass represents a district in Congress that is anchored to some of the city’s traditional Black neighborhoods, where she also grew up. She promised to prioritize the city’s unchecked homeless crisis, which has seen trash-strewn encampments spread into virtually every corner of the city.

“I’ve spent my entire life bringing groups of people together in coalitions to solve complex problems and produce concrete change, especially in times of crisis,” Bass said in a statement.

“With my whole heart, I’m ready,” she tweeted.

The 67-year-old Democrat from LA's 37th Congressional District joins a field of high-profile hopefuls seeking to succeed Mayor Eric Garcetti, who's termed out. Ted Chen reports for the NBC4 News on Monday, Sept. 27, 2021.

Bass will be competing for votes with an array of diverse candidates.

City Councilman Kevin de Leon, who once led the state Senate before being termed out, is a Latino born to a Guatemalan mother and father with Chinese ancestry; Black businessman Mel Wilson is from the San Fernando Valley area; Jessica Lall, who leads a downtown business group and is of Indian descent; City Attorney Mike Feuer is Jewish; and city Councilman Joe Buscaino, who spent 15 years with the Los Angeles Police Department is a first-generation Italian American whose parents came from Sicily.

The race is nonpartisan but the leading contenders all are Democrats, unsurprising in a city where the party’s voters outnumber Republicans 3-to-1. Bass and de Leon are favorites of the party’s progressive wing, with other candidates parked across the Democratic spectrum.

The winner of the 2022 contest will inherit a city facing a tangle of urban ills, including buckled roads and sidewalks, a spiking crime rate, LA’s notoriously snarled traffic and home prices that have soared out of reach for many working-class families. The primary is in June.

Candidates will need to communicate with voters in scores of neighborhoods with separate identities: single-family homeowners in the vast sprawl of the San Fernando Valley, Latinos who predominate east of downtown, young professionals in trendy Silver Lake or residents in the traditionally Black neighborhoods of South Los Angeles.

The Asian vote is in play in the Koreatown and Little Tokyo neighborhoods, and there are sizeable populations of Armenians, Russians and others.

Ninety-two languages other than English are spoken in the Los Angeles Unified School District, which enrolls 650,000 students in LA and surrounding communities. 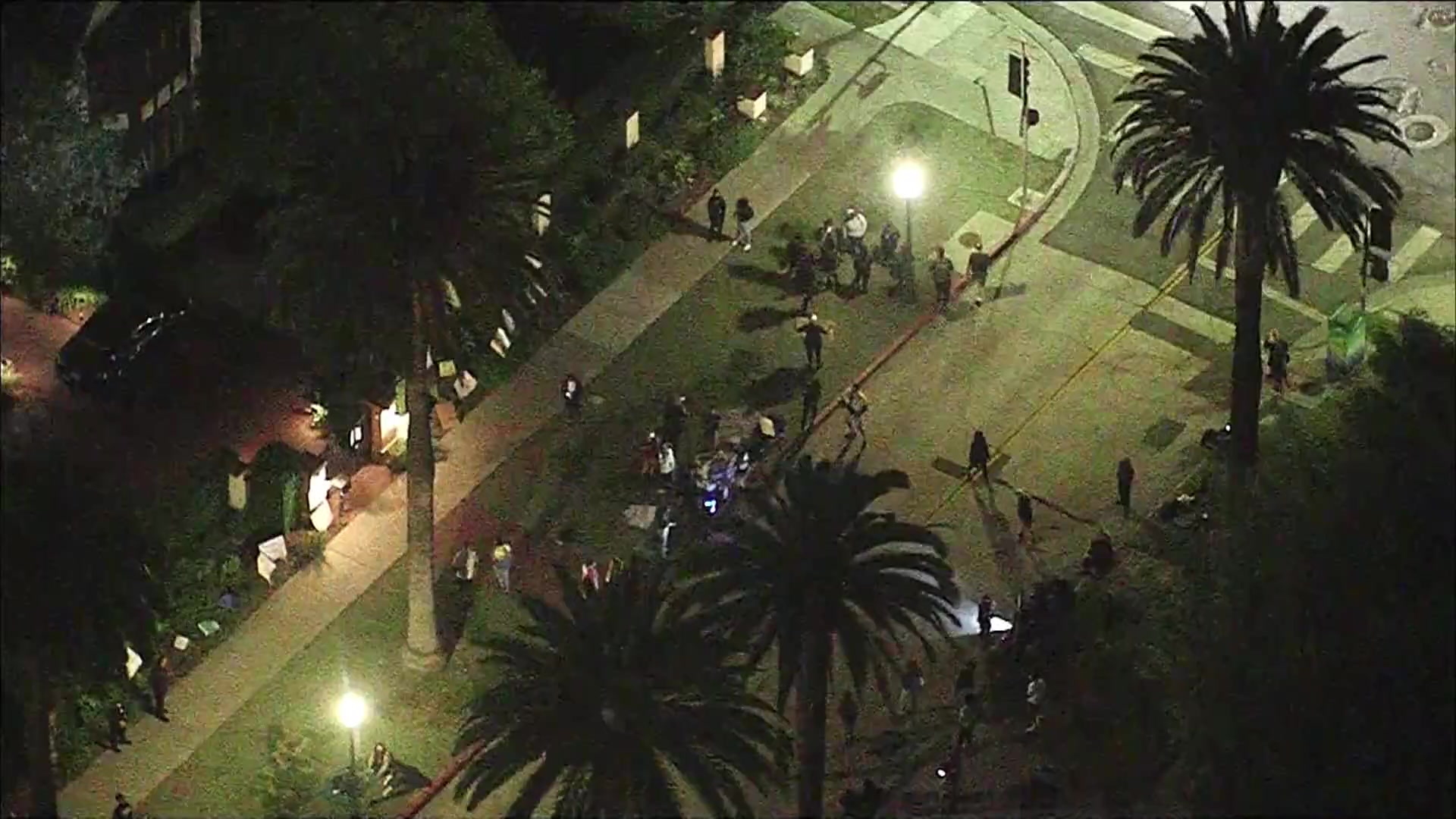 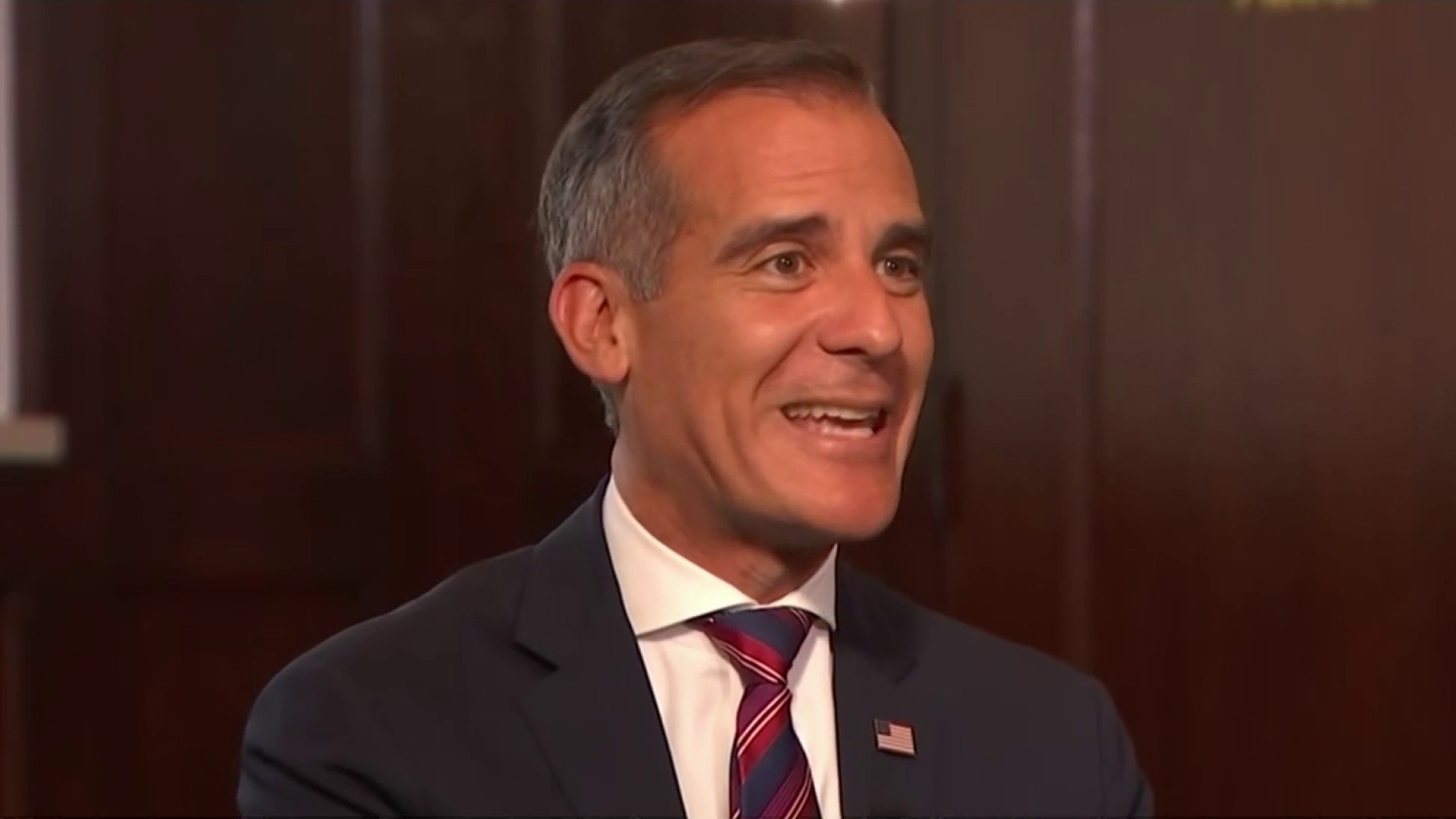 “This city is a quilt with different patterns on it,” said Democratic consultant Michael Trujillo, who is advising Buscaino. The overarching issue will be homelessness, he predicted, with voters looking for a candidate who will put a date on the calendar to end the lines of sagging tents and rusty RVs that have become fixtures along freeways, on vacant lots and below overpasses.

With such a diverse electorate “you have to be able to speak with a common theme,” Trujillo added. The candidate who can maintain that theme “is most likely to become the next mayor of Los Angeles.”

In 2005, when Democrat Antonio Villaraigosa became the first Latino mayor in more than a century, he had to overcome fears in the Black community that they would be displaced from government jobs in favor of Latinos. When he was a candidate, Villaraigosa talked about overcoming the “black-brown divide” that can breed violence.

Villaraigosa eventually won after vowing to unite the city and winning endorsements from prominent Black people, including Democratic U.S. Rep. Maxine Waters. He took the mayoralty from then-Mayor James Hahn, another Democrat who lost support in the Black community after the ouster of then-LAPD Chief Bernard Parks, who is Black.

Bradley, also a Democrat, became the city’s first Black mayor by building an alliance of Blacks and white liberals that shifted the city away from its conservative roots.

Garcetti was first elected in 2013 with strong support from Latino and white voters, including in Republican-leaning areas, even though he was outperformed by rival Wendy Greuel in traditionally Black neighborhoods.

Garcetti, nominated by President Joe Biden to serve as ambassador to India, often shifts into Spanish during his appearances and reminds audiences of his Mexican-Jewish-Italian roots, jokingly calling himself a “kosher burrito.”

NBC4’S Conan Nolan and Chuck Todd of Meet the Press weigh in on the possibility that Los Angeles Mayor Eric Garcetti may leave his post and take the ambassadorship to India. While some may criticize the mayor if he leaves office early, there are a lot of good reasons why he would accept a nomination to be the ambassador to India. And, former House Speaker Paul Ryan at the Ronald Reagan Library this week gave his advice to the GOP about the Trump obsession.

Bass, 67, was a physician’s assistant and community organizer who became the first Black woman speaker of the state Assembly in 2008. She’s serving her sixth term in the House, and previously headed the Congressional Black Caucus.

She was on Biden’s short list when he was considering a vice presidential pick and she also is close to her fellow Californian who leads the U.S. House — San Francisco’s Nancy Pelosi.

Latino and Black people are pillars of the Democratic Party in California and frequently end up on the same side of political issues, but there also has been conflict over the years as the Latino population in LA and across the state surged.

Black people make up only about 9% of LA’s population while Latinos are about half, though they can be inconsistent voters and many are too young to vote, or not citizens. Whites account for about 30% of residents.

Jaime Regalado, former executive director of the Pat Brown Institute of Public Affairs at California State University, Los Angeles, said winning primary candidates will need to put together a coalition that will generate 22% to 25% of the primary vote - enough to advance to a two-person November runoff in a crowded field.

“One group is not going to be enough,” he said, adding that Bass is likely to draw a large chunk of the Black and liberal vote, forcing her rivals to hunt for support where they “probably weren't thinking of looking for votes.”

With Bass getting in, it's “a scramble,” he said.