"I hope they can see from this incident, this person or these people who are getting let out, for clearly a violent, criminal act, I mean... what if it was their daughter?" her son said.

The son of a woman randomly attacked and killed in Riverside as she walked her dogs said the whole family is in utter shock, and wants to know why the suspect was out of jail in the first place.

"My heart... it felt like it was getting torn in half. I’m an only child too. My mother came here to this country to give me my American dream," her son Yi Bai said. 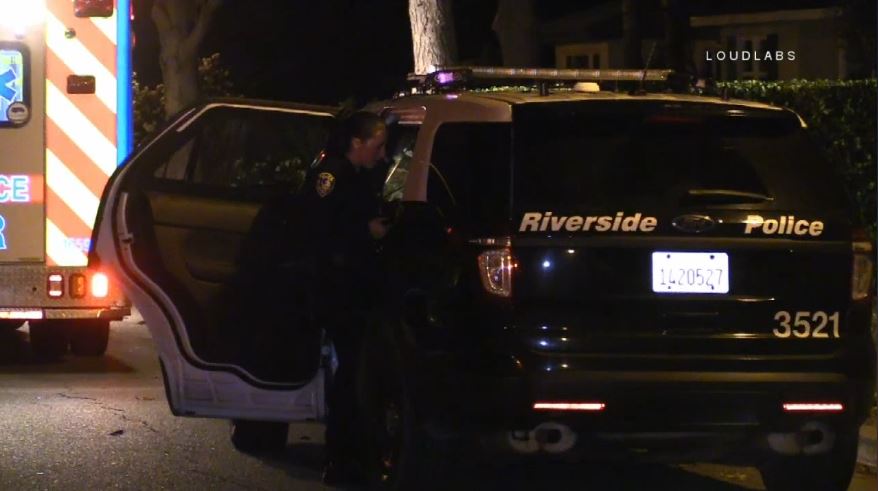 Riverside County Authorities Looking for Suspect Who Shot at Vehicle, Injuring a Person

Riverside Police said Meng was walking her dogs near Stonewall Drive and Golden Avenue early Saturday morning when she was confronted and stabbed to death by a homeless woman. The suspect was identified as 23-year-old Darlene Stephanie Montoya.

Police said Montoya was just released from jail under COVID-19 protocols after allegedly attacking a woman with a skateboard a week before. She was booked for an assault with a deadly weapon charge.

"To have her go out into the streets again -- it was just a few days ago that this happened, not a year ago, where they could say that her mental situation had changed," Bai said.

A neighbor who captured surveillance video says you can see the deadly encounter in the distance. Investigators are reviewing the footage, but calling it a random attack.

Detectives interviewed Montoya and say they determined that race did not appear to be a factor in the attack.

“The suspect is homeless from LA County and is obviously experiencing mental health and substance abuse issues,” Officer Ryan Railsback said, adding that “the attack could have happened to anyone.”

Neighbors have been stopping by, leaving flowers and candles and their condolences.

Family members say they hope lawmakers and leaders consider who they’re letting out of jail under new pandemic protocols.

"I hope they can see from this incident, this person or these people who are getting let out, for clearly a violent, criminal act, I mean... what if it was their daughter?" her son said.

Montoya was arrested on suspicion of murder, a weapons violation and suspicion of being under the influence of an illegal substance and was being held without bail.