The images of Russia's invasion of Ukraine produce painful emotions for the owner of a Russian deli in Orange County.

Yelena Kasimov’s heart breaks when she sees the violence in Ukraine.

The owner of Moscow Deli in Costa Mesa wants people to know that many others in Southern California’s Russian community feel the same way about Vladimir Putin's invasion.

“War is not good,” Kasimov said. “It shouldn’t happen to any people. They want to live their lives. They don’t want to live Putin’s life.” 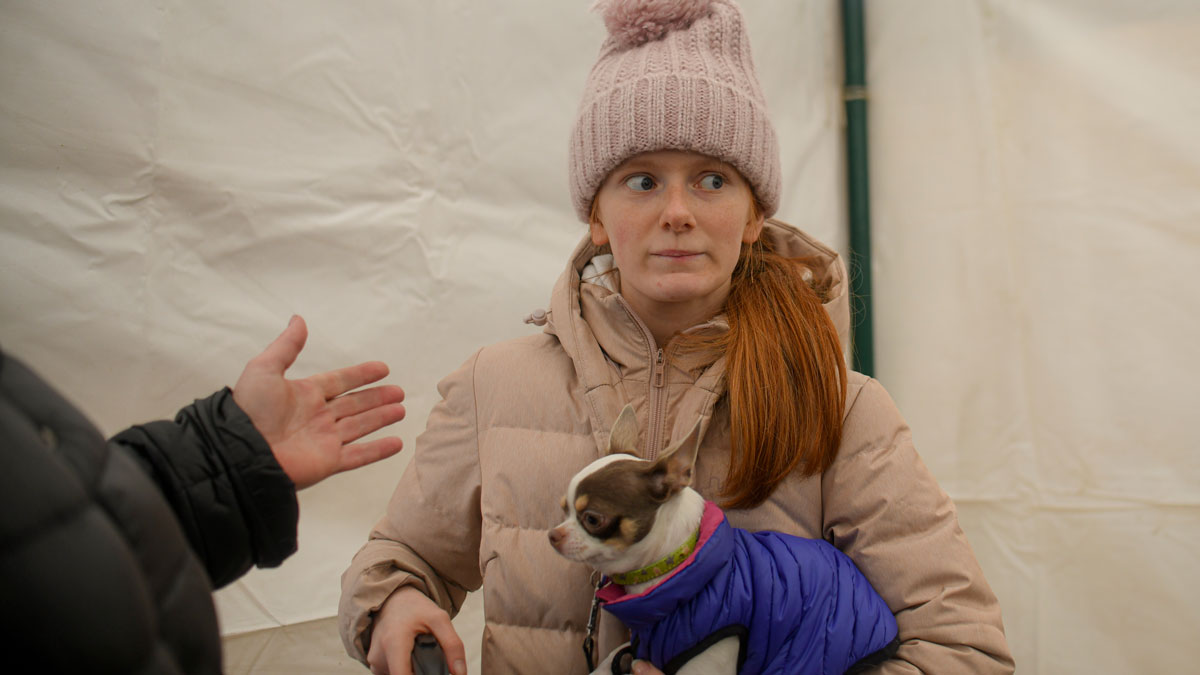 Southern California is home to many from the Eastern European diaspora, a place where Russians, Ukrainians and others from the region have settled into a life geographically far removed from the violence. The war triggered by Russia’s Putin still provokes painful emotions more than 6,000 miles away.

Kasimov, who has owned the Moscow Deli for nearly 20 years, said she has gone through a range of feelings since Russia invaded Ukraine 10 days ago. She watched in horror as air strikes rained down on Ukrainian cities and people were forced to make life or death decisions as they fled their country.

At first, there was shame and fear stemming from how she thought others might perceive her and the Russian deli.

“But when I was thinking about it day after day, why shame? I’m Russian. I’m not supporting war. I shouldn’t be shamed that I’m Russian.

“Everyone understands it’s not right. It’s terrible what’s happening over there.”