Here's what to know about wet weather early this week in Southern California.

Evacuations were ordered in part of Orange County after a morning of steady rain throughout Southern California from a spring storm that has more in store for the region.

Rain continued through the morning before tapering off. But another wave of showers is in the forecast for Monday evening.

The rainfall will come in two rounds Monday and Tuesday, with a break in the middle.

Here's when and where to expect the heavy rain as you head out the door Monday morning:

Send us your storm photos! Click here to send NBCLA your photos and videos.

The biggest chance for thunderstorms comes in the afternoon.

The rain will make for slick roads and possibly some street flooding, so commuters and other travelers should take care driving on Monday. 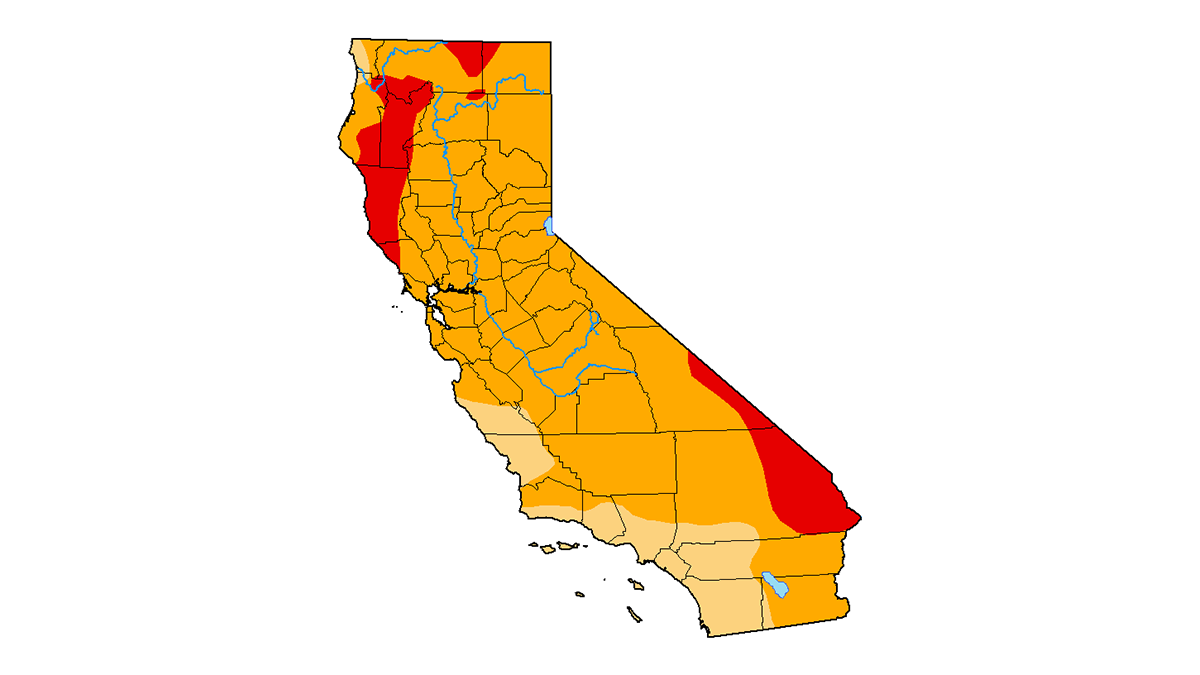 Map: Winter Rain and Snow Wipe Out Worst of Drought in California

For lower elevations at the coasts and inland, rainfall will likely range between .5" and 2" total.

The foothills and mountains could see between 2" and 3" of rain. Above 6,000 feet, anywhere between 6" and a foot of snow could fall.

The storm, coming right at the end of SoCal's winter storm season, is set to bring much-needed moisture to a parched California.

To the north, the Bay Area is also expecting some moisture Sunday night into Monday morning as the storm moves down the coast. San Diego will see the same storm system starting Monday during rush hour.

Gusty winds will blow through the mountains and deserts as the storm picks up.

A wind advisory is in place for the LA and Ventura County mountains starting at 2pm Sunday, and continuing until 2pm Monday. Winds will reach speeds between 20 and 30 miles per hour, while gusts could go up to 45 mph.

Winter Storm Warning for the Mountains

A winter storm warning was issued for parts of Los Angeles County. That will be in effect until 6 a.m. Tuesday.

Travel could be very difficult to impossible in the effected areas and strong winds can cause tree damage.

Sunday's cooler weather will stick around for Monday's storm, with temperatures ranging from the high 40s or low 50s to the low 60s in most parts of the region.