Student pilot Brian Carson says he had some heavy thoughts after the emergency landing on the 101 Freeway northwest of Los Angeles.

Video shot by a student pilot provides a view from the plane cockpit when his flight instructors took control to make an emergency landing Monday on a Southern California freeway.

An oil pressure problem forced the pilot to land the single-engine Cessna on the southbound 101 Freeway during a training flight from Camarillo to John Wayne Airport in Orange County. The instructor brought the plane down in Westlake Village without striking any cars.

No one was injured

Brian Carson said the heart-pounding experience northwest of Los Angeles gave him a lot to think about.

“You know, I’ve been kind of thinking about it,” Carson said. “I’ve got some people I’ve got to reach out to, say some thing I’ve left unsaid for a while. 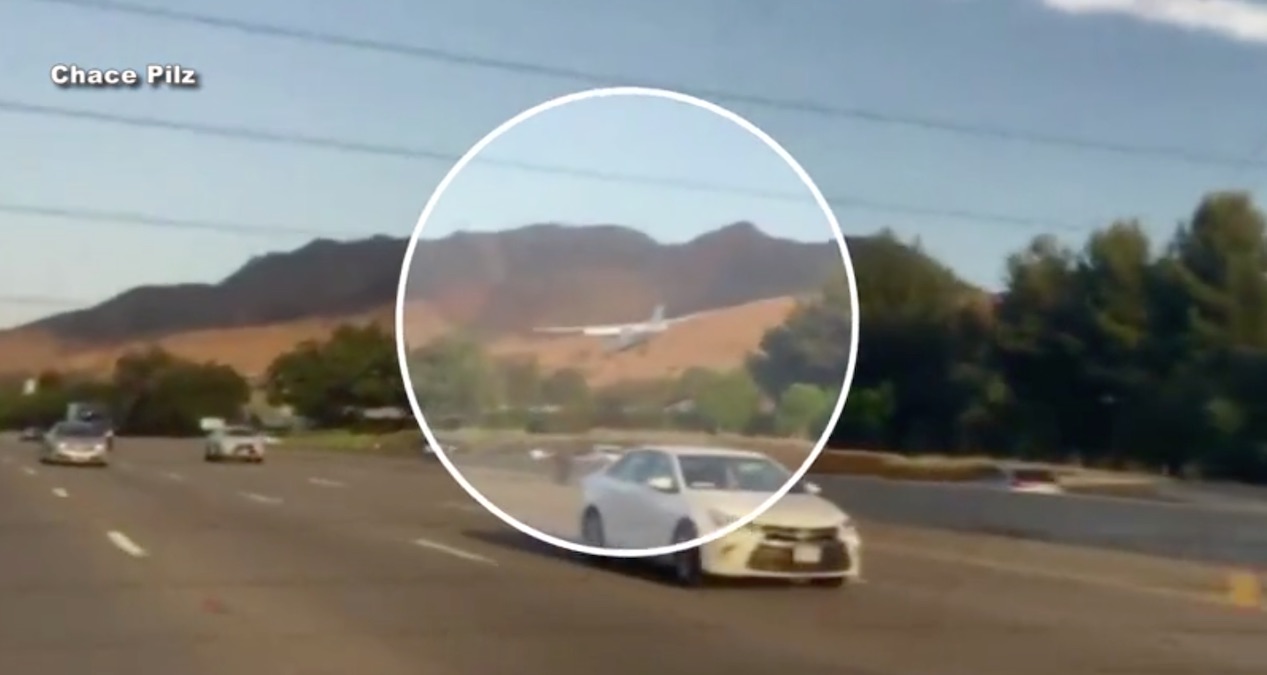 Carson said he and his instructor were planning to fly again this week.

The southbound side of the freeway was closed after the landing. Authorities eventually pushed  the plane off the freeway and onto a nearby street.