‘The Other Door' Bar Turns Into ‘Risky Business' During COVID Pandemic

The bar Risky Business is open to patrons who pay $10 and sign and prove with documentation that they've been fully vaccinated.

Bar co-owner Jonathan Katz hopes that, years from now, children will look at old "Risky Business" membership cards and ask their parents, "Why were you a member of a private club back in 2021?"

That way, his current patrons will get the chance to explain that his bar was a vaccinated-only club during the COVID pandemic.

To become a member, bar goers have to go online and pay a $10 membership fee. They also have to sign a consent form to confirming they received the date of their second dose of vaccine. 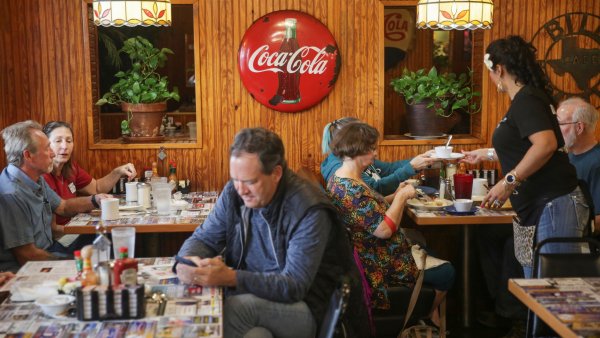 That way, patrons don't have to play the game of chance that's become so familiar during the pandemic - who's vaccinated and who isn't?

"Everybody in this room is going to be vaccinated," Katz said. "And that, for me, is a better risk profile."

That includes Katz and his employees, so customers don't need to worry about them, either.

Previously known for 10 years as The Other Door, the bar off Burbank Boulevard — filled with collectors' items and antiques — decided to go "members only" after months of closure.

Now, Katz said, it's "no shoes, no shirt, no vaccination … no service."

Other, larger venues have adopted the same strategy, such as Dodger Stadium, which allows vaccinated people to mingle in designated sections. But the idea is still new for small, indoor settings such as Risky Business.

The response to the first opening weekend has been overwhelmingly positive, Katz said. The only exception has been some minor pushback online from people who feel they're being excluded because of their beliefs.

"This is the choice we made, and I have no problem with them going somewhere else," he said.

As for members of Risky Business, they can wear a mask inside if they want to, but it's not required — because why would it be?