The woman, who is believed to be about 40-50 years old, died at the scene.

A woman was fatally struck by several vehicles, including a sheriff's department patrol vehicle, in Watts Friday and at least one of the civilian drivers fled the scene.

The preliminary investigation by the Los Angeles Police Department, which is handling the investigation, found that the pedestrian was struck by several vehicles after being struck by the deputy's vehicle, and at least one of them fled the scene, according to LAPD Officer Tony Im.

But the sheriff's department maintains that the deputy's vehicle was the last one to hit the victim. 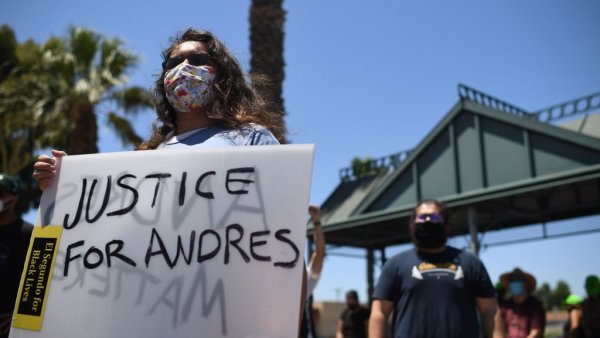 “Early this morning a deputy driving a patrol vehicle struck an object on the roadway while traveling westbound on Imperial Highway approaching Slater Avenue,” a sheriff's statement reads. “The deputy immediately stopped and learned the object was a person. The preliminary investigation revealed the person was laying on the roadway because they had been struck by several other vehicles, prior to the deputy collision.”

The woman, who is believed to be about 40-50 years old, died at the scene. Her name was not immediately released.