Marlene Alatorre was 19 years old, a recent high school graduate and a new mother when her life was wrenched away Saturday night, the latest innocent bystander to be killed in a high-speed police chase that turned deadly.

"They won't let me see her because she's in pieces," her mother cried at the scene. The driver "came out of the freeway and tore her apart."

The bloody Boyle Heights crash, which traumatized a neighborhood this weekend, was one of hundreds of high-speed chases that end in injury or death each year in California, despite a state law designed to limit their speed and reduce danger. 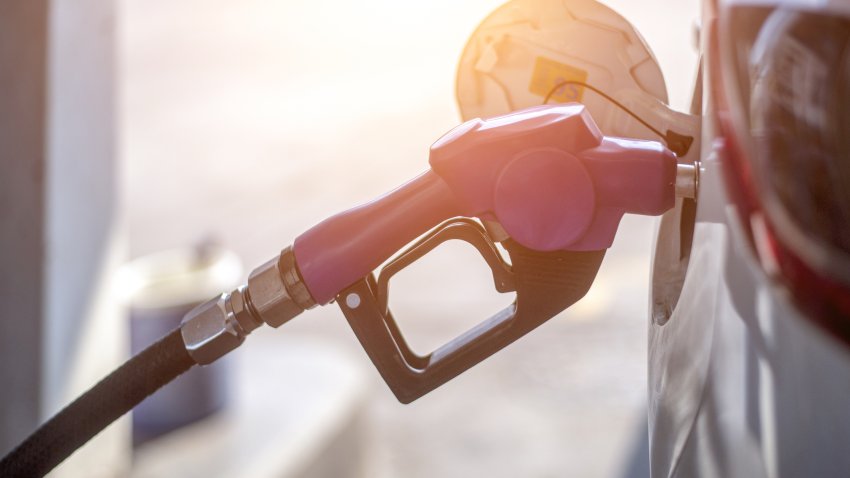 Alatorre and Claudia Fernandez, 38, were at a taco truck parked near a Lucy's laundromat in Boyle Heights when a gray Toyota Camry driven by a suspected drunk driver careened into them, smashing the food truck and flipping over a wall, police said at the scene. Three other people were injured.

The California Highway Patrol blamed the 38-year-old suspected drunk driver for the crash, saying she led them on a chase that started near the Los Angeles Convention Center on the Santa Monica Freeway (I-10), continued onto the Santa Ana Freeway (I-5) and culminated in the collision and fire.

The woman, whose name had not yet been released on Sunday, has been taken into custody on suspicion of drunken driving with "more serious charges to follow," said CHP officer Patrick Kimball.

But statistics show that hundreds of Californians are injured each year in crashes resulting from high-speed pursuits.

And the number of innocent bystanders who die after such pursuits is about the same as before a 2007 law was enacted requiring law enforcement agencies to develop policies aimed at limiting these incidents.

In 2010, the last year for which the state has statistics, police in California engaged in 5,024 high-speed chases, according to the CHP's annual report on the subject to the state legislature.

Of those, 1508 resulted in crashes, injuring 766 people and killing 32. Of the people who were killed, 14 were either passengers in the cars being pursued or innocent bystanders.

By comparison, in 2003, the year cited by legislators when they passed California's law aimed at reducing high-speed chases, California led the nation in deaths after such pursuits. Of the 46 people who died that year, 15 were fleeing drivers, 18 were passengers, and 12 were innocent bystanders.

Including Alatorre and Fernandez, at least 21 people have been hurt so far this year in Southern California as a result of high-speed police chases that end in crashes, according to an informal survey of NBC4 news archives. Two more were shot and killed by police after a chase and another shot himself.

On Friday, a pursuit that reached speeds up to 100 mph ended with the arrest in Hollywood of a suspected drunk driver who crashed into three cars and wounded five people, including a 3-year-old boy.

In February, three people were wounded after a pursuit that ended with a crash in the Westlake area of Los Angeles.

A few weeks later in March, three people were wounded when the driver of a Cadillac Escalade crashed head-on into another vehicle at the end of a pursuit in Santa Ana. Police initiated the pursuit after noticing suspicious activity by two men in the Escalade.

An Anaheim woman suspected of forging a check led Anaheim police on a pursuit in April that ended with a three-vehicle collision, wounding two, including the woman police were seeking.

Also in April, Los Angeles police shot and killed a 19-year-old in Woodland Hills after a pursuit that was initiated when officers said the young man was driving recklessly.

The California Highway Patrol was itself involved in about 1,600 pursuits in 2010, resulting in 226 injuries and 13 deaths, according to the agency's report.

Still, the agency defended the pursuits, saying that they often yield important arrests and save lives.

"Although tragic," the CHP said in its report, "fatalities to uninvolved third parties are uncommon."