The two leaders know each other well, having traveled together when both were vice presidents

President Joe Biden and China’s Xi Jinping's more than three-hour virtual talk concluded with the leaders of the superpowers agreeing they need to tread carefully as their nations find themselves in an increasingly fraught competition.

Facing domestic pressures at home, both Biden and Xi seemed determined to lower the temperature in what for both sides is their most significant — and frequently turbulent — relationship on the global stage.

“As I’ve said before, it seems to me our responsibility as leaders of China and the United States is to ensure that the competition between our countries does not veer into conflict, whether intended or unintended,” Biden told Xi at the start of their virtual meeting Monday. “Just simple, straightforward competition.”

Xi greeted the U.S. president as his “old friend” and echoed Biden’s cordial tone in his own opening remarks, saying, “China and the United States need to increase communication and cooperation.” 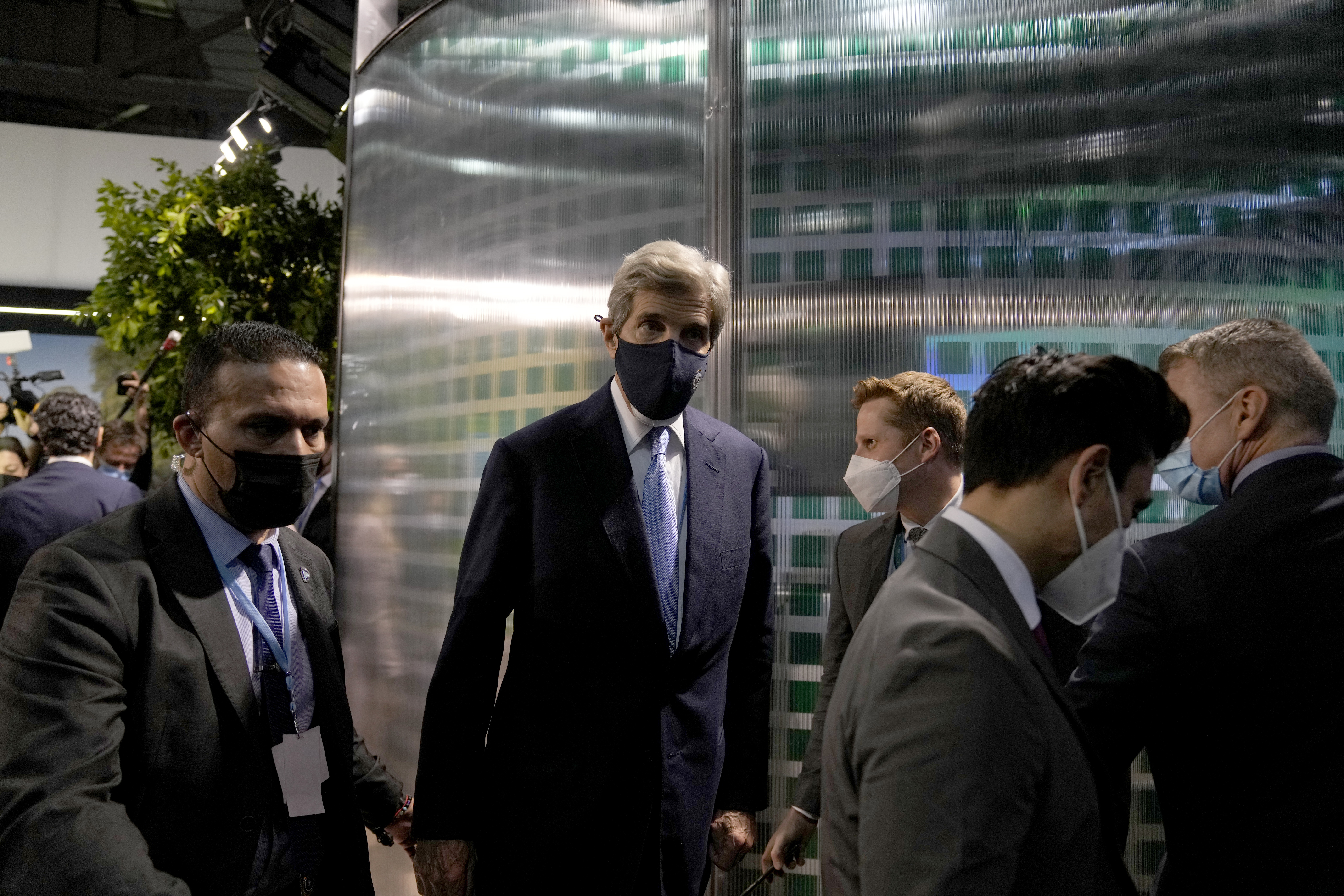 China, US Pledge to Increase Cooperation at UN Climate Talks 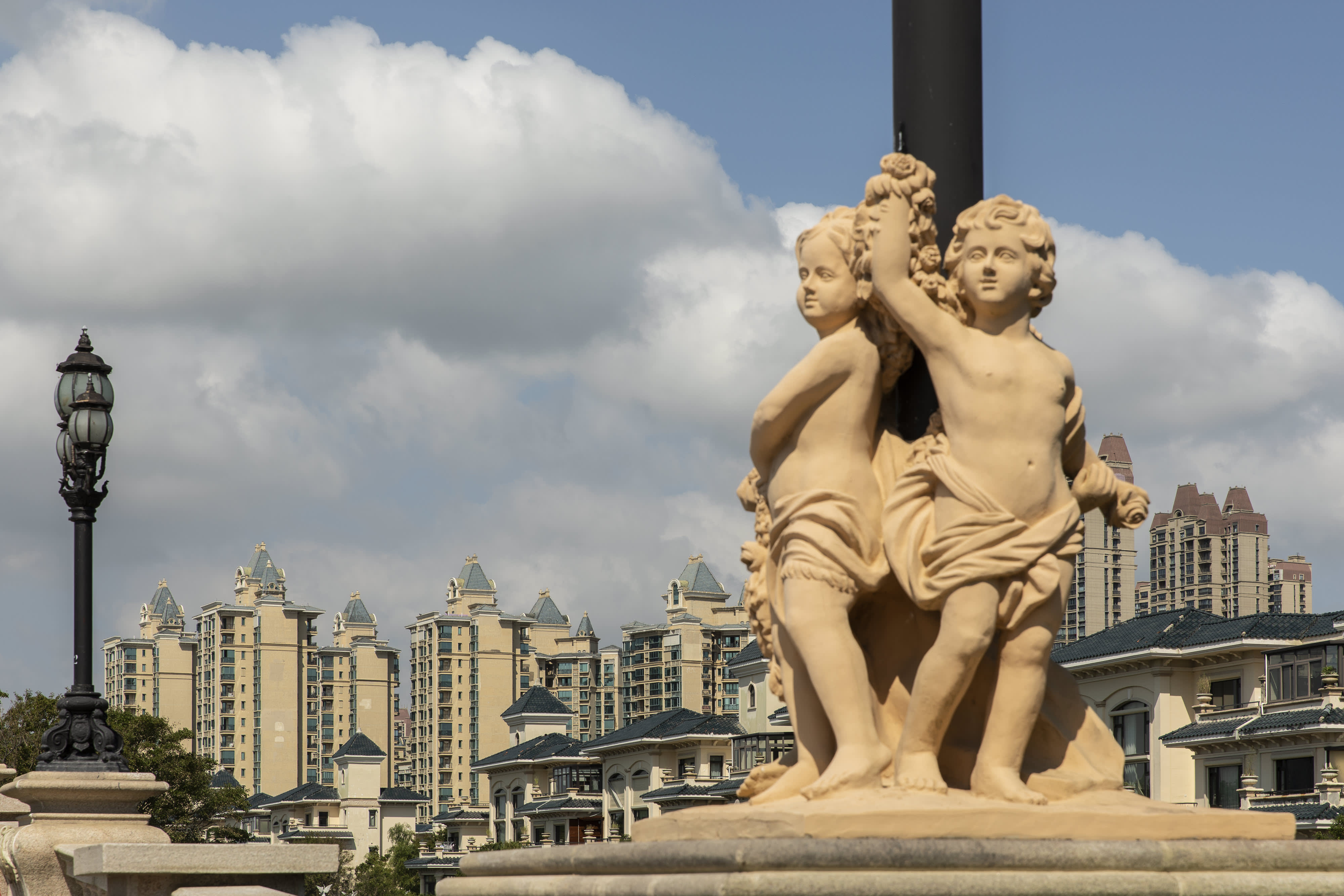 Fed Says China's Real Estate Troubles Could Spill Over to the U.S.

The relationship has had no shortage of tension since Biden strode into the White House in January and quickly criticized Beijing for human rights abuses against Uyghurs in northwest China, suppression of democratic protests in Hong Kong, military aggression against the self-ruled island of Taiwan and more. Xi’s deputies, meanwhile, have lashed out against the Biden White House for interfering in what they see as internal Chinese matters.

The White House in a statement said that Biden again raised concerns about China's human rights practices, and made clear that he sought to “protect American workers and industries from the PRC’s unfair trade and economic practices.” The two also spoke about key regional challenges, including North Korea, Afghanistan and Iran.

As the U.S.-China tensions have mounted, both leaders also have found themselves under the weight of increased challenges in their own backyards.

Biden, who has watched his poll numbers diminish amid concerns about the lingering coronavirus pandemic, inflation and supply chain problems, was looking to find a measure of equilibrium on the most consequential foreign policy matter he faces.

Xi, meanwhile, is facing a COVID-19 resurgence, rampant energy shortages, and a looming housing crisis that Biden officials worry could cause tremors in the global market.

“Right now, both China and the United States are at critical stages of development, and humanity lives in a global village, and we face multiple challenges together,” Xi said.

The two leaders know each other well, having traveled together when both were vice presidents.

The U.S. president was joined in the Roosevelt Room for the video call by Secretary of State Antony Blinken and a handful of aides. Xi, for his part, was accompanied in the East Hall of the Great Hall of the People by communist party director Ding Xuexiang and a number of advisers.

The high-level diplomacy had a touch of pandemic Zoom meeting informality as the two leaders waved to each other once they saw one another on the screen, with Xi telling Biden, “It’s the first time for us to meet virtually, although it’s not as good as a face-to-face meeting.”

This week, President Joe Biden called out China in a press conference, saying Chinese President Xi Jinping doesn't have a "democratic bone in his body," even comparing him to Russian President Vladimir Putin. Words that China is not taking without a response. Plus, North Korea resumes missile testing while rejecting new attempts at diplomacy.

Biden would have preferred to meet Xi in person, but the Chinese leader has not left his country since the start of the coronavirus pandemic. The White House floated the idea of a virtual meeting as the next best thing to allow for the two leaders to have a candid conversation about a wide range of strains in the relationship.

Xi told Biden that while it was nice to see him that a virtual meeting wasn't “as good as a face-to-face meeting.”

Chinese officials said in advance that Taiwan would be their top issue for the talks. Tensions have heightened as the Chinese military has dispatched an increasing number of fighter jets near the self-ruled island of Taiwan, which Beijing considers part of its territory.

The White House said Biden will abide by the longstanding U.S. “One China” policy, which recognizes Beijing but allows informal relations and defense ties with Taipei. Chinese military forces held exercises last week near Taiwan in response to a visit by a U.S. congressional delegation to the island.

With Beijing set to host the Winter Olympics in February and Xi expected to be approved by Communist Party leaders to serve as party leader next year and then third term as president in 2023 — unprecedented in recent Chinese history — the Chinese leader may be looking to stabilize the relationship in the near term. White House press secretary Jen Psaki added that the “condensing of power” in China made the leader-to-leader conversations essential.

“China and the United States should respect each other, coexist in peace, and pursue win-win cooperation,” Xi said.

Despite his domestic problems, White House officials made the case that Biden was coming into the meeting from a position of strength.

Earlier Monday, Biden signed into law a $1 trillion infrastructure bill, legislation to upgrade the nation’s crumbling infrastructure that the Democrat argued is crucial for the U.S. as it seeks to retain a competitive edge over China.

“Because of this law, next year will be the first year in 20 years American infrastructure investment will grow faster than China’s,” Biden declared at his signing ceremony. “We will will once again have the best roads, bridges, ports and airports over the next decade.”

The White House set low expectations for the meeting with Xi: No major announcements or even a joint statement were anticipated.

Both leaders gave nods to their history with the other. Biden noted that the two have spent an “awful ... lot of time” speaking to each other over the years, and have never walked away “wondering what the other man is thinking.”

But Biden also acknowledged the deep differences between the nations will require both sides “to establish some commonsense guardrails, to be clear and honest where we disagree, and work together where our interests intersect.”

The public warmth — Xi referred to Biden as his “old friend” when the then-vice president visited China in 2013, while Biden spoke of their “friendship” — has cooled now that both men are heads of state. Biden bristled in June when asked by a reporter if he would press his old friend to cooperate with a World Health Organization investigation into the coronavirus origins.

“Let’s get something straight: We know each other well; we’re not old friends,” Biden said. “It’s just pure business.”

Xi, however, seemed interested in publicly reviving the warmth of the earlier days of their relationship, saying, “I am very happy to see my old friend."

The first nine months of the Biden administration have been marked by the two sides trading recriminations and by unproductive exchanges between the presidents’ top advisers. But there are signs of thawing.

Last week, the U.S. and China pledged at U.N. climate talks in Glasgow, Scotland, to increase their cooperation and speed up action to rein in climate-damaging emissions.

Republicans have accused the Biden administration of failing to hold Beijing accountable on human rights for the sake of pursuing its climate agenda.

“As he turns a blind eye to human rights atrocities to pursue his political agenda, Biden has allowed China to threaten American security and our allies’ sovereignty, while undermining the advancement of freedom across the globe,” the Republican National Committee said in a statement shortly before the start of the leaders' meeting.

The White House has said it views cooperation on climate change as something in China’s interest, something the two nations should cooperate on despite differences on other aspects of the relationship.

"None of this is a favor to either of our countries — what we do for one another — but it’s just responsible world leadership," Biden told Xi. “You’re a major world leader, and so is the United States.”