Kristin Armstrong of the United States won her third consecutive Olympic time trial Wednesday, her golden effort on the brutal course leaving her in an exhausted heap on the road at the finish line.

"It was probably the hardest journey I've been through," Armstrong said after the race. "I still haven't pinched myself."

Anna van der Breggen of the Netherlands added a bronze medal to her gold from the road race.

Armstrong, who turns 43 on Thursday, joined speed skater Bonnie Blair as the only American women to win three gold medals in the same event at any Olympics. She also won in Beijing and London. 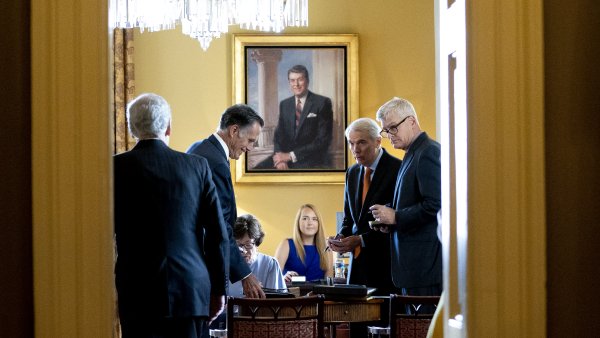 Her latest gold medal was almost certainly her toughest.

She led by nearly 5 seconds after 10 kilometers but had dropped 3 seconds back of Zabelinskaya by the second time check. She made up the difference over the final flat run to the finish, precisely the kind of terrain that suits her riding style perfectly.

Cancellara looked like the same youngster who dominated the 2008 Beijing Games, finishing in a time of 1 hour, 12 minutes, 15.42 seconds. Dumoulin finished 47 seconds back to take silver, despite breaking his hand during the Tour de France, while Froome had to settle for bronze.

Froome was trying to follow in the footsteps of compatriot Bradley Wiggins, who won the Tour in 2012 before capturing time trial gold at the London Games. But he was never able to match the pace of Cancellara, falling behind at the first check-point and finishing 1:02 behind him.

Cancellara began weeping the moment Froome, the last rider of the day, crossed the finish line. He announced more than a year ago that this would be his final season as a cyclist.

Jonathan Castroviejo of Spain was fourth and Rohan Dennis of Australia was fifth, left to rue the bike change that he needed to make 56 kilometers into the race. The change was calm and quick, but the few seconds he lost likely cost him the bronze medal.

All of them paraded over to congratulate the 35-year-old Cancellara, long one of the sport's most popular riders, who quit the Tour early last month to save himself for his final Olympics.

U.S. cyclist Taylor Phinney, who finished fourth in both the road race and time trial in London finished in 22nd place on Wednesday.