An FBI and Department of Homeland Security intelligence bulletin advised officials that the threats are coming from online and other platforms, two senior law enforcement officials said

“The FBI and DHS have observed an increase in threats to federal law enforcement and to a lesser extent other law enforcement and government officials following the FBI’s recent execution of a search warrant in Palm Beach, Florida," the document, dated Friday, reads, according to one official.

The bulletin, which advises that such threats are occurring online, was sent out of an abundance of caution, the officials said. It calls on authorities to be vigilant and to be aware of issues surrounding domestic violent extremists, past and present incidents, and past behaviors.

The FBI also warned that it has seen personal identifying information of possible targets of violence, such as home addresses, as well as identification of family members as additional targets, the official added. All three sources spoke on condition of anonymity to discuss internal matters. 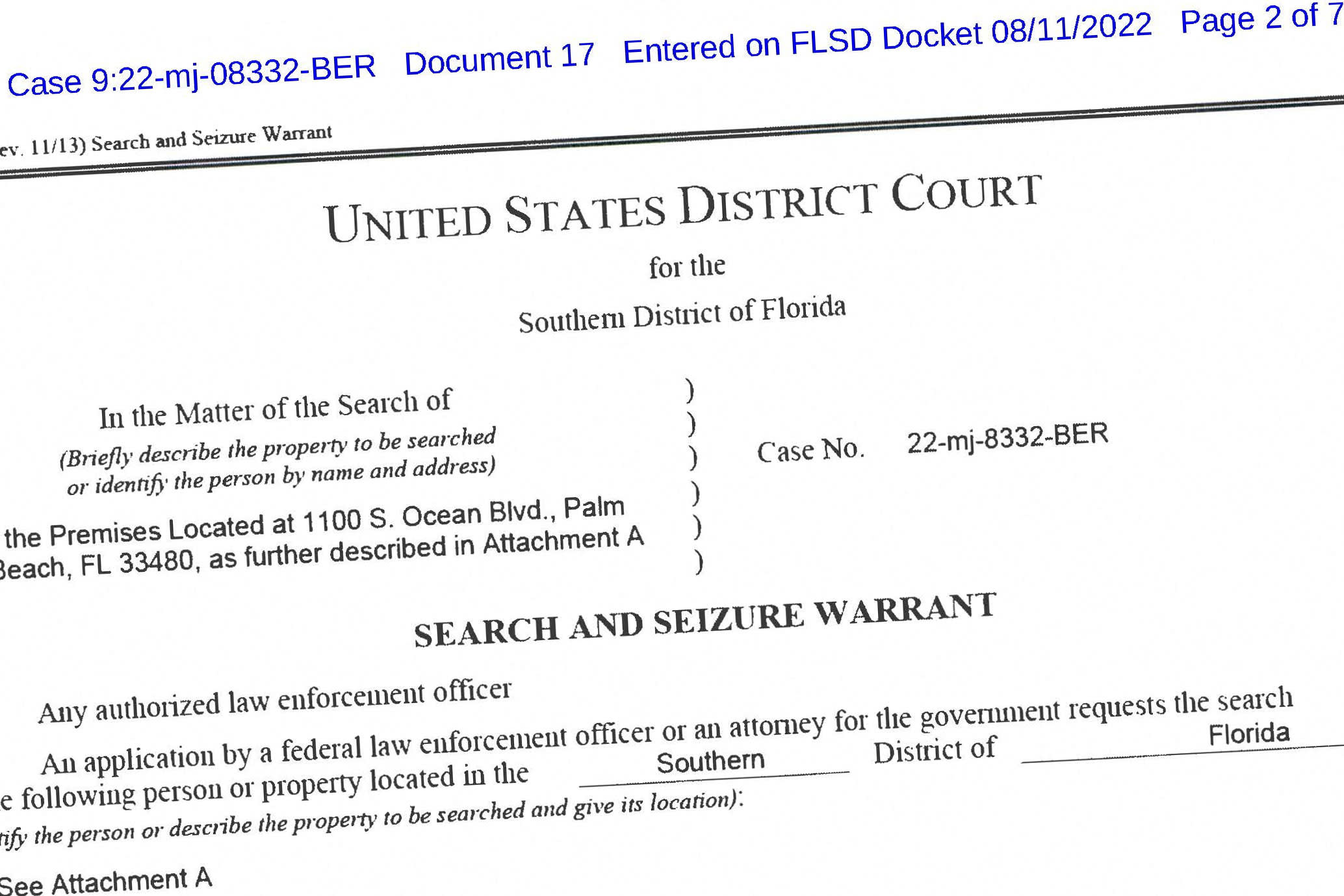 Timeline of Events Leading Up to FBI Search of Trump's Home

The search warrant, obtained by NBC News, for the Mar-a-Lago home of former President Donald Trump says 11 sets of classified documents, including some marked top secret, were removed.