There were no immediate reports of deaths or injuries, but Delta toppled about trees and knocked out electricity to parts of Cancun and Cozumel

Hurricane Delta emerged into the Gulf of Mexico Wednesday and headed toward Louisiana, after making landfall just south of the Mexican resort of Cancun, toppling trees and cutting power to residents of the Yucatan peninsula’s resort-studded coast.

The U.S. National Hurricane Center in Miami said the Category 2 hurricane was centered about 65 miles (110 kilometers) east-northeast of Puerto Progreso, just off the northern edge of the peninsula. Delta had maximum sustained winds of 100 mph (155 kph), but was expected to gain strength again before lashing the U.S. Gulf coast.

Hurricane Delta made landfall on the Yucatan Peninsula in Mexico on Wednesday with winds reaching an estimated 110 mph.

The hurricane came ashore in Mexico around 5:30 a.m. local time Wednesday with top winds of 110 mph (175 kmh). Officials said it caused no deaths or injuries, but did force hundreds of tourists to take refuge in storm shelters. It knocked out power to about 266,000 customers, or about one-third of the total on the Yucatan peninsula.

There were no reports of any deaths or injuries, said Carlos Joaquín González, the governor of the state of Quintana Roo.

“Fortunately, the most dangerous part of the hurricane has passed,” Joaquín González said, noting the big problem was downed trees that had knocked out power lines and blocked roadways.

Civil defense official Luís Alberto Ortega Vázquez said about 39,000 people had been evacuated in the states of Quintana Roo and Yucatan, and that about 2,700 people had taken refuge in storm shelters in the two states. Joaquín González said some tourists who had to take refuge at storm shelters had not yet been allowed to return to their hotels, where cleanup was underway but said he hoped they would be able to by the end of the day.

There were reports of some flooding in Cozumel and Playa del Carmen. Overnight emergency calls came in from people whose windows or doors were broken and they were taken to shelters, he said.

Early Wednesday, guests of the Fiesta Americana Condesa hotel awoke in the sweltering classrooms of the Technological Institute of Cancun campus where they had been moved Tuesday.

All of the windows at the campus had been covered with plywood so they couldn’t see what was happening, but they said the howling winds started around 2 a.m. and there had been heavy rain. The power — and with it the air conditioning — had been knocked out early Wednesday so it was steamy as tourists used their cell phone light to get up and make their way for a first cup of coffee.

By midday Wednesday, they sat in classrooms or on benches near fallen trees, waiting for permission to return to their hotels.

“The hard part has been the waiting,” said Ana Karen Rodríguez of Monterrey. She and a friend arrived in Cancun Tuesday morning and by afternoon were shuttled to the shelter. She said the hotel had planned well. “It’s been good. I feel comfortable actually.”

Throughout the day Tuesday, the situation had appeared grave for this stretch of the Mexican coast.

Delta had increased in strength by 80 mph in just 24 hours, and its top winds peaked at 145 mph (230 kph) before it weakened as it neared the shore. Forecasters warned it was still an extremely dangerous storm nevertheless, with a life-threatening storm surge that could raise water levels 9 to 13 feet (2.7 to 4 meters), along with large and dangerous waves and flash flooding inland. 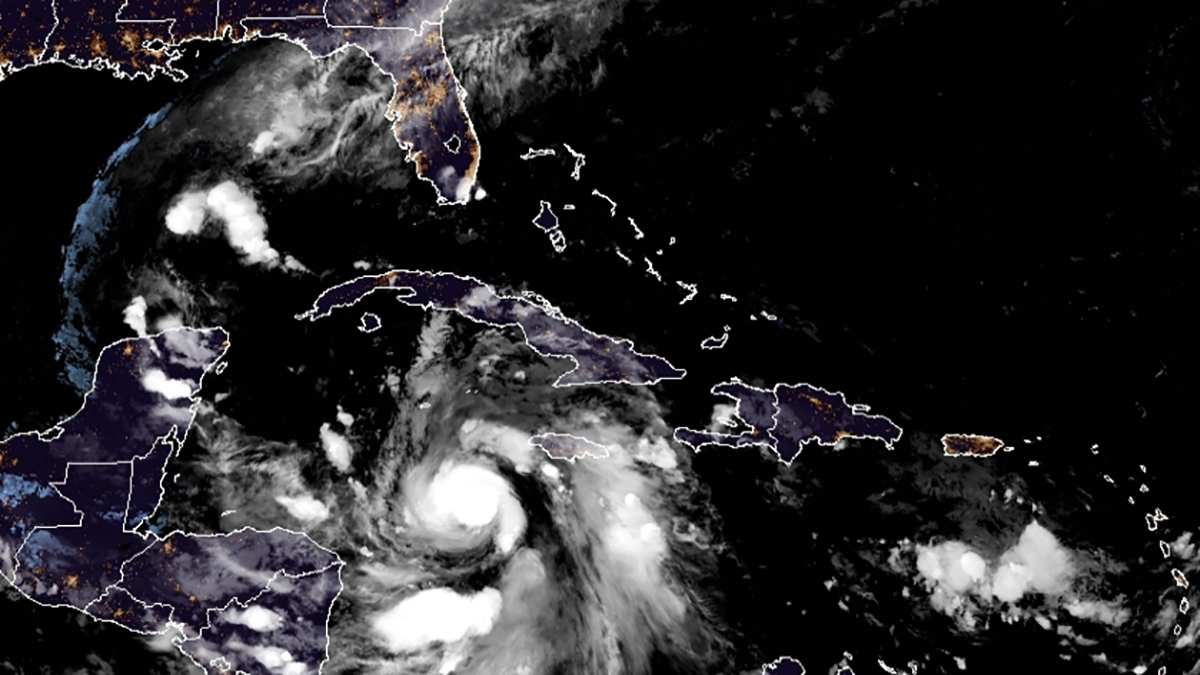 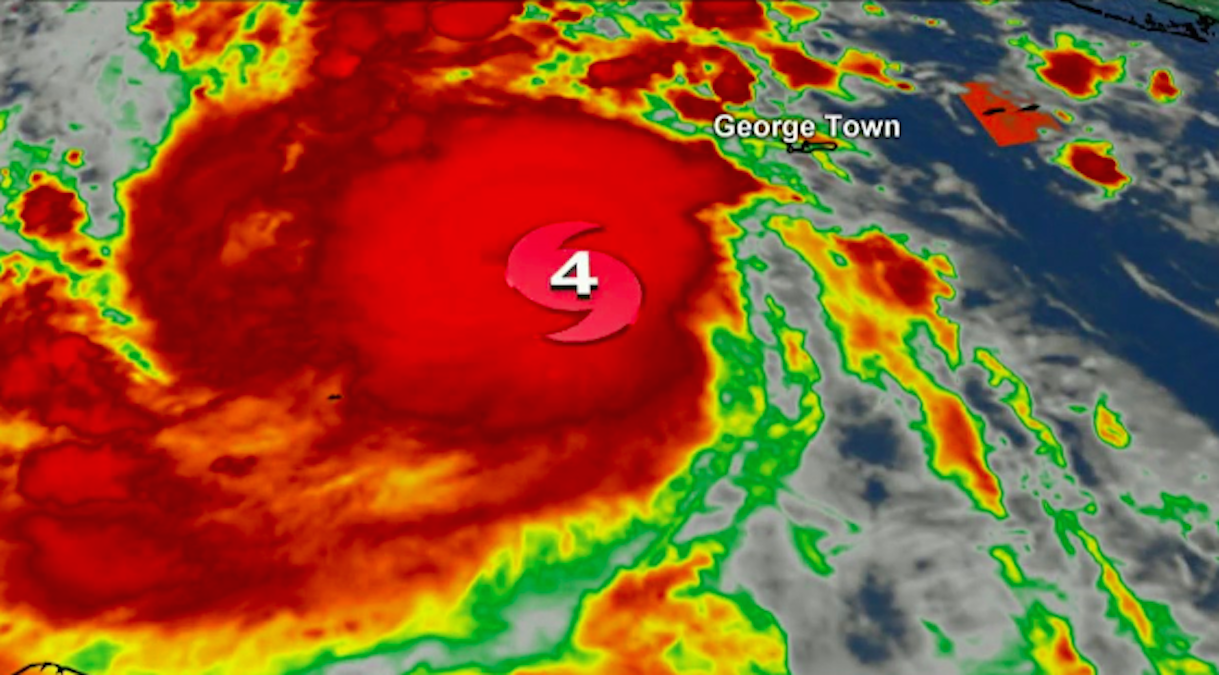 Thousands of Quintana Roo residents and tourists were hunkering down in government shelters. Everyone had been ordered off the streets by 7 p.m.

The evacuations of low lying areas, islands and the coastline expanded as Delta exploded over the warm Caribbean waters offshore. Much of Cancun’s hotel zone was cleared out as guests were bused to inland shelters. In Cancun alone, the government opened 160 shelters.

State tourism officials said more than 40,000 tourists were in Quintana Roo, a fraction of what would normally be there. Delta’s damage comes on top of months of pandemic-induced lockdown that has devastated the state’s tourism industry.

At the Cancun Convention Center, 400 tourists from hotels and rental properties bunked for the night.

“We hope that in this place we are surely much safer,” Quintana Roo Tourism Secretary Marisol Vanegas said. “This is a structure that has withstood other hurricanes.”

When it comes to hurricanes, there's more to them than meets the eye. Here's where the word "hurricane" comes from and how these powerful storms are different (or not) from cyclones.

People in Louisiana or Mississippi should prepare now for hurricane-force winds to begin hitting their coastlines on Friday, the hurricane center advised.

Louisiana Gov. John Bel Edwards said Delta was expected to make landfall there Friday night or Saturday morning and the entire state is in the storm’s possible path. State and local officials in coastal areas were shoring up levees, sandbagging and taking other protections measures, he said.

Louisiana is still recovering from Hurricane Laura, which ravaged the southwestern region as it roared ashore as a Category 4 storm in August. More than 6,600 Laura evacuees remain in hotels around the state, mainly in New Orleans, because their homes are too heavily damaged to return.

In Mexico, where the tourism industry has already been battered by the coronavirus pandemic, tourists were left to try to enjoy what was left of their vacations.

Juan Carlos Avila arrived at the Technological Institute of Cancun shelter with his seven-months pregnant wife, Joselyn, and their 3-year-old-son, Alexander, Tuesday evening.

The family, which lives in Miami, had been in Cancun a week and already went through Tropical Storm Gamma, which soaked the area over the weekend.

“We’ve practically lived in storms during our stay here in Cancun,” Avila said.