The suspects in the mass shooting in San Bernardino, California, left behind a remote controlled explosive device that failed to detonate at the holiday party at a state-run center for people with developmental disabilities, and an arsenal was recovered at the couple's home, police said Thursday.

"When it comes to people who engage in these kinds of vicious, brutal acts, we'll spare nothing in bringing them to justice and protecting people on the way," California Governor Jerry Brown said at a press conference late Thursday night. "My concern is to make sure that everything that can be done is being done."

The device at the Inland Regional Center in San Bernardino was found in the bag at the scene. The house in Redlands on which police converged, and where the suspects’ SUV was initially reported ,was found to contain 12 pipe bombs, 2,000 9mm rounds, more than 2500 .223-caliber rounds and “several hundred” 22 long rifle ​rounds, San Bernardino Police Chief Jarrod Burguan said.

One of the weapons appeared to have been modified by Farook so it would fire fully automatically but that function failed, according to a senior law enforcement source who spoke to NBC News.

Had the weapon been turned to fully automatic, it would have fired more rapidly, as they continue to fire as the trigger is depressed.

“We do not yet know the motive," FBI Los Angeles Assistant Director David Bowdich said during a media briefing Thursday. "We cannot rule anything out at this point.”

“It would be irresponsible and premature to call this terrorism," Bowditch added.

Syed Rizwan Farook, 28, and his wife, Tashfeen Malik, 27, fired 65 to 75 rounds when they entered the holiday banquet where Farook's colleagues with the San Bernardino County Department of Public Health were renting space for a celebration.

“They sprayed the room with bullets. I don’t know that there was anyone they specifically targeted. They killed 14 people there," said Burguan. He said “several" are believed to be county employees.

The couple died four hours later in a gunbattle with police who pursued their SUV through the nearby town of Redlands. They were driving a black Ford Expedition rented three or four days prior to the shooting. It was rented locally but had Utah plates and was due to be returned Wednesday.

Federal authorities told NBC News that Farook, an Illinois native, and Malik, born in Pakistan, were married two years ago. Officials believe the pair met when Farook traveled to Saudi Arabia, likely for the Muslim pilgrimage to Mecca. Malik traveled to the U.S. on a fiancée visa soon after and became a naturalized citizen upon her marriage to Farook. The couple's daughter was born in May, NBC News reported. 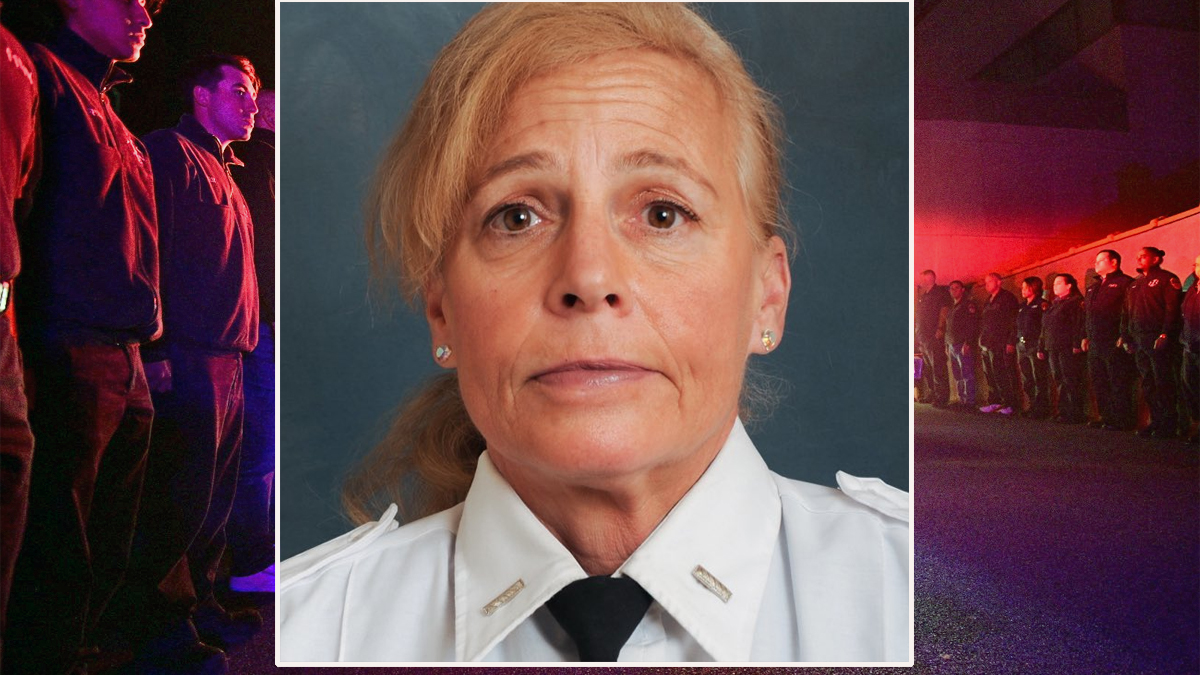 Police said that, as far as they know, Farook did not have a criminal record.

Farook appeared to have been radicalized by "persons of interest" both in the Los Angeles area and overseas, NBC News reported. Citing a U.S. intelligence source, the Associated Press reported Thursday that Farook used social media to communicate with extremists under observation by the FBI. The official said investigators are still working to determine whether Farook was in contact with any foreign terrorist organization.

President Barack Obama said the chaotic shooting could be related to terrorism or could possibly be workplace related, but it is too early to determine which one, if not both.

"There may be mixed motives in this, which makes the investigation more complicated," Obama said.

The deadly rampage unfolded after Farook left the holiday party "under some circumstances that were described as angry," according to Burguan. Public records show Farook was a restaurant inspector for the health department and had been a county employee for five years.

“Nobody just gets upset at a party, goes home and puts together that kind of elaborate scheme or plan to do this," Burguan said.

A fake bomb — a metal pipe stuffed with cloth — was thrown from the SUV during the chase, said Agent Meredith Davis of the Bureau of Alcohol, Tobacco, Firearms and Explosives.

Law enforcement from seven agencies participated in the chase, firing 380 rounds at the suspects. The couple fired 76 rifle rounds back at law enforcement, police said Thursday. They had had more than 1400 .223-caliber rounds on them and in their vehicle, and more than 200 9mm rounds on them.

A total of 21 people, including two officers, were injured. Twelve of those killed worked for the County of San Bernardino. Police believe that there had to have been almost 80 people in the room where people were shot during the time of the attack. A San Bernardino officer was shot in his left leg and a deputy received cuts on his leg from broken glass or shrapnel.

Two of the wounded were listed in critical condition Thursday.

A person seen running from the scene of the shootout was not involved in the massacre and is not a suspect, police said Thursday. He was arrested on an unrelated, outstanding misdemeanor warrant.

Police announced Thursday that non-essential county departments and operations are shut down Thursday and Friday, both as a precaution and out of respect for victims, their families and employees who may know the victims.

The rampage is the deadliest since an armed 20-year-old man entered Sandy Hook Elementary School in Newtown, Connecticut, and used a semi-automatic rifle to slay 26 people, including 20 first graders and six adult school staff members, before killing himself.