Although initial vote-counting from the election wrapped up early Wednesday morning, there were still an unknown number of ballots remaining to be counted. But they were unlikely to erase a 100,000-vote deficit for Wesson.

The race had been expected to be much closer, with the pair splitting progressive support and taking relatively close positions on many issues.

They had garnered nearly equal support from voters in a three-way March primary that included former Los Angeles City Councilwoman Jan Perry, despite Wesson's preliminary position as a front-runner.

Mitchell's victory means the county board once referred to as "five little kings" will be run by five women for the first time in its history. 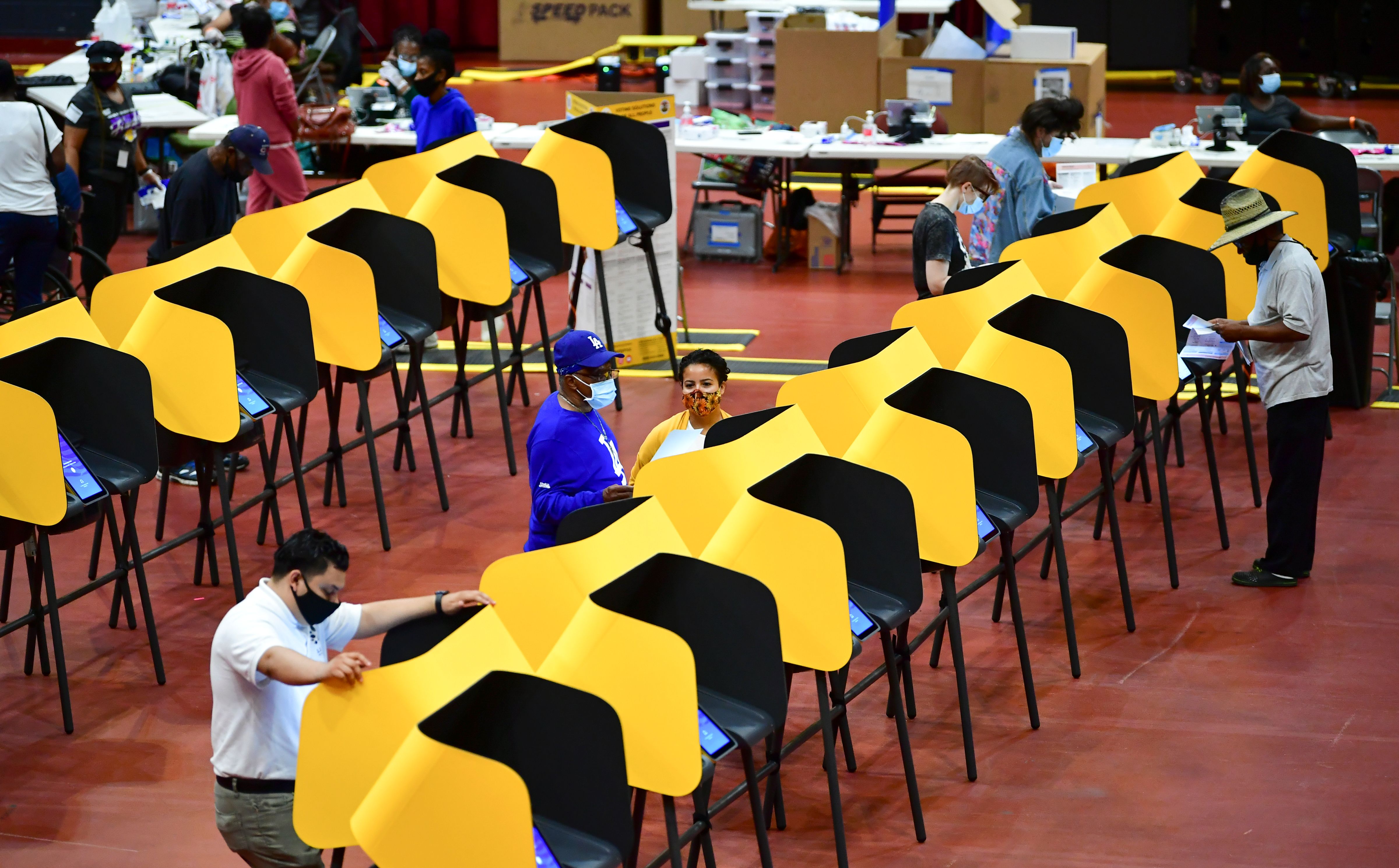 What to Know About Voting on Election Day in Southern California 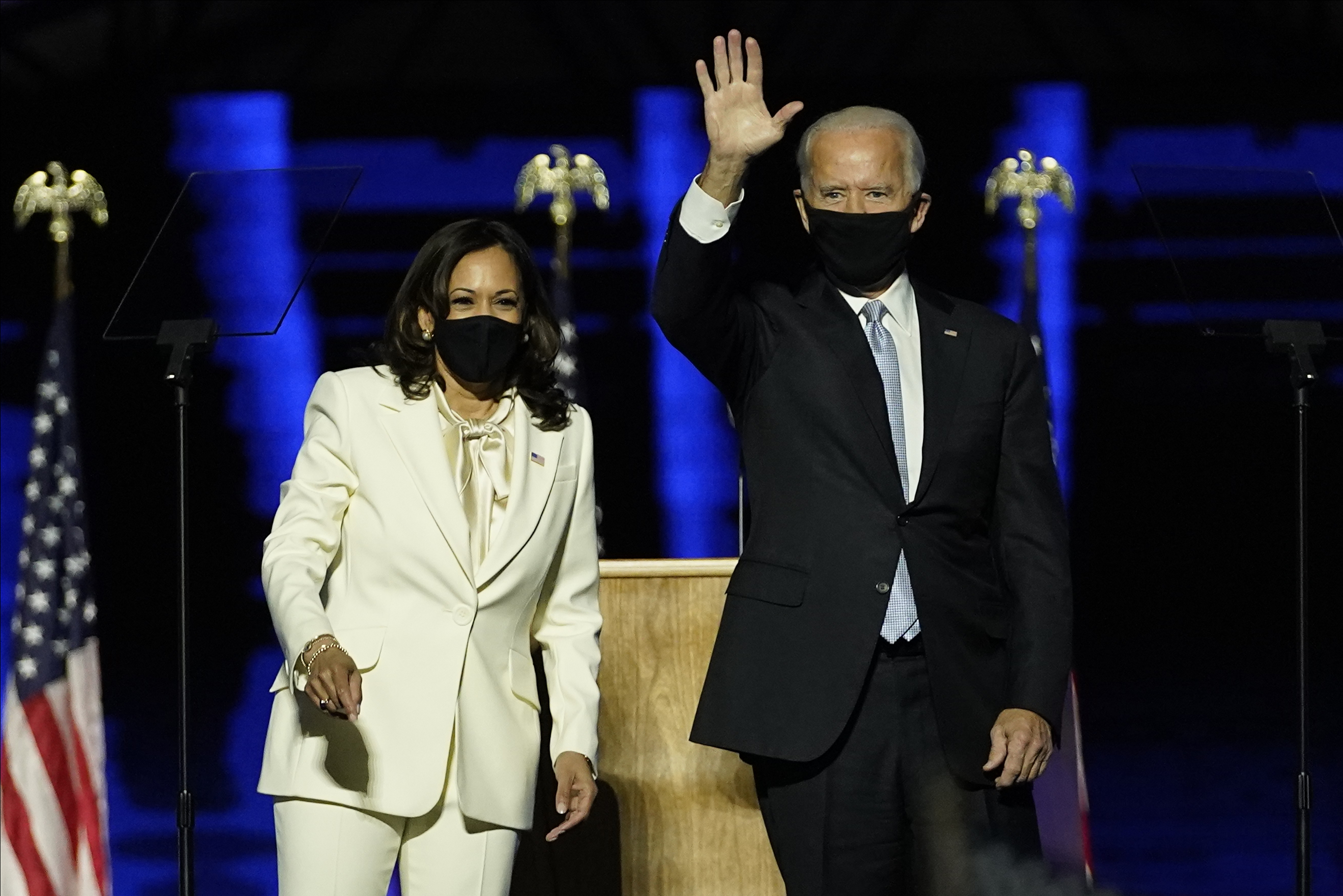 "I am deeply honored to have earned the opportunity to represent the residents of the Second Supervisorial District," Mitchell said Wednesday.

"This seat has always been hard fought and rightfully so, because of the immense responsibility the Board of Supervisors have in creating policies that will impact over 10 million residents. My opponent, Herb Wesson, has dedicated his life to serving our community. I applaud his impressive body of work and share in his commitment to fighting for the residents of the Second Supervisorial District.

"My campaign was based on creating a more equitable, inclusive, and prosperous L.A. County. I am proud of the integrity with which we built our movement. This was truly a community-driven campaign, powered by hundreds of volunteers from a coalition of grassroots organizations, labor unions, Democratic clubs, and residents," she continued.

"Now is the time to turn our vision for a more equitable L.A. County into action. The residents of the (district) have been disproportionately impacted by the pandemic and have been struggling with long-standing injustices prior to COVID-19. I look forward to bringing my commitment to equity and justice to this historic, all-women led Los Angeles County Board of Supervisors and continuing to fight for all residents to have the resources they need to thrive."

In a Zoom call with supporters Tuesday night, Wesson seemed torn between making a concession speech and vowing to fight on.

"It's early, even though we have a mountain to climb," Wesson said, before offering thanks to his supporters.

"I will cherish our friendship and say that I have enjoyed every moment that I have been your assembly person and your councilperson, and so let us kind of relax, lay back, get some more returns in," Wesson said, joking that he was finally going to take a moment to eat something other than Starbucks and chicken nuggets.

After thanking "the working men and women of labor" who he said kept him "in the game" and offering a shout out to Melina Abdullah and her colleagues in the Black Lives Matter movement, Wesson seemed reluctant to leave the call without saying more.

"What I hope is that all of us realize that we're going through a very challenging time right now, and the only way that we're going to get through this time is if we all come together like one giant family, one helping the other. … I believe that together we can continue to make Los Angeles the beacon of light, the beacon of hope for the rest of this country."

A coalition of Black, Latino, Asian American, Pacific Islanders and Muslim supporters who organized a major get-out-the-vote effort for Mitchell pointed to a recent poll showing the senator pulling ahead significantly with undecided voters.

"Holly's victory is a testament to the change that is possible in Los Angeles when we let the people lead," said Tina McKinnor, civic engagement director, LA Voice Action. "Black, Brown, AAPI and other working communities of color have been left out of the political conversation for too long. With this victory, we are just getting started in building a greater L.A. that serves all people, not just the privileged or powerful."

"Herb Wesson has been an outstanding partner and a champion in our fight to improve the quality of life for all of our city's diverse communities," Garcetti said when announcing his early endorsement. "Herb understands how to bring people together to solve problems and deliver results like reducing homelessness, creating jobs, raising the minimum wage and expanding workforce training."

However, Mitchell gathered her own set of impressive political endorsements, including from Gov. Gavin Newson, Vermont Sen. Bernie Sanders and County Supervisor Hilda Solis. She has labor support from the United Farm Workers and its co-founder, Dolores Huerta, as well as from unions representing healthcare workers and public defenders, among others.

"Senator Mitchell is adept at ensuring the needs of California's most vulnerable populations are accounted for in funding and legislation that improves day-to-day lives and strengthens communities," Newsom said in announcing his support for the senator.

Ridley-Thomas himself -- who ran his own successful race to replace Wesson in representing Los Angeles City Council District 10 -- did not endorse either candidate seeking to serve the county's 2nd District, which covers an area ranging from downtown south through Inglewood and much of South Los Angeles to Carson, and as far west as Mar Vista.

The five-member county Board of Supervisors controls a $37 billion budget and more than 110,000 county employees working to combat homelessness, manage the county jail and hospital systems, and oversee child welfare, public safety and myriad other programs for more than 10 million county residents in 88 cities and unincorporated areas.

Both candidates were able to point to significant government experience. Wesson joined the Los Angeles City Council 15 years ago and served as its president from 2011 until last December, when he voluntarily stepped down to focus on the county race. He was also state Assembly Speaker.

Mitchell, who came to the state Legislature from the nonprofit sector, chaired the state Budget and Fiscal Review Committee, dealing with the complexities of allocating billions of dollars in funding, and sat on multiple other Senate committees.

Although the race is nonpartisan, both candidates are registered Democrats and progressives who tend to lean in the same direction on policy.

During debates, they highlighted differences in how they would solve problems.

Wesson, for example, has pushed for building 100% affordable housing on city owned properties, while Mitchell has raised concerns that the tactic would isolate low-income residents.

While the primary campaign focused in large part on homelessness which remains front and center -- the candidates needed to pivot to persuade voters concerned about the COVID-19 pandemic and its economic fallout, and those more keenly interested in issues of racial justice.

Wesson recently highlighted his work on a draft ordinance that would prohibit the operation and construction of private prisons in Los Angeles. An earlier temporary version of the ordinance put a stop to setting up immigrant detention centers, and the councilman committed to institute a similar ban countywide, if elected as supervisor

"The city of Los Angeles was the tip of the spear in ensuring that profiting off of locking people up will not happen in Los Angeles," Wesson said in a statement. "We must next bring this to L.A. County and call on every city and county to join us in preventing this kind of activity from operating within their borders."

Mitchell highlighted her sponsorship of multiple bills, including banning life sentences without the possibility of parole for minors and limiting police authority to permanently confiscate property from people suspected, but not convicted, of a crime.

"We have to stop making the criminal justice system the backstop for other failed justice systems," Mitchell said in an August interview hosted by activist Patrisse Cullors.

Both candidates supported Measure J, a charter amendment that would commit 10% of the county's general fund for community investment and alternatives to incarceration, and have underscored their commitment to reform.

That measure was passed by voters on Tuesday.

"No elected official in the county has been more courageous in the fight for a transformed system of public safety -- one that values Black life and by extension, all humanity -- than Herb Wesson," Abdullah said in a statement of support.

Cullors tweeted her support for the state senator in February, well before nationwide protests in favor of justice reforms.

"LA County is home to the largest jail population in the world. Shifting our failing criminal justice system to restorative justice models requires the leadership of the Board of Supervisors. This is why I'm with @HollyJMitchell for County Supervisor," Cullors posted.

Both candidates, or the PACs that support them, sometimes resorted to negative campaigning. Mitchell's supporters threw a spotlight on corruption at Los Angeles City Hall, taking opportunities to underscore Wesson's close relationships with councilmen Jose Huizar and Mitch Englander. Huizar is facing a raft of federal corruption charges, while Englander has pleaded guilty to obstructing a federal investigation.

Allegations have not been made against Wesson, who has said he is disgusted by the behavior of his colleagues.

Wesson accused Mitchell of garnering support from the private prison industry, which one Mitchell campaign mailer said amounted to a single $1,000 contribution that she returned. The Los Angeles Times reported that both Wesson and Mitchell have received support in earlier races from CoreCivic.

Wesson's campaign cash included $500,000 he received during the primary campaign from the union that represents sheriff's deputies, while Mitchell vowed to take "no cash from cops." To critics who say he is too cozy with law enforcement, Wesson points to his support for cutting the Los Angeles Police Department's budget by $150 million and notes that Mitchell also benefited in the past from law enforcement support.