The Oct. 15 debate was initially thrown into uncertainty as the rival camps offered dueling proposals for the remaining faceoffs

The Commission on Presidential Debates has canceled the debate scheduled for Oct. 15 between President Donald Trump and Democratic nominee Joe Biden.

Frank Fahrenkopf, a co-chair of the CPD, told NBC News the debate is canceled as both campaigns indicated they had other plans.

"It is now apparent there will be no debate on October 15, and the CPD will turn its attention to preparations for the final presidential debate scheduled for October 22," CPD said in a statement. 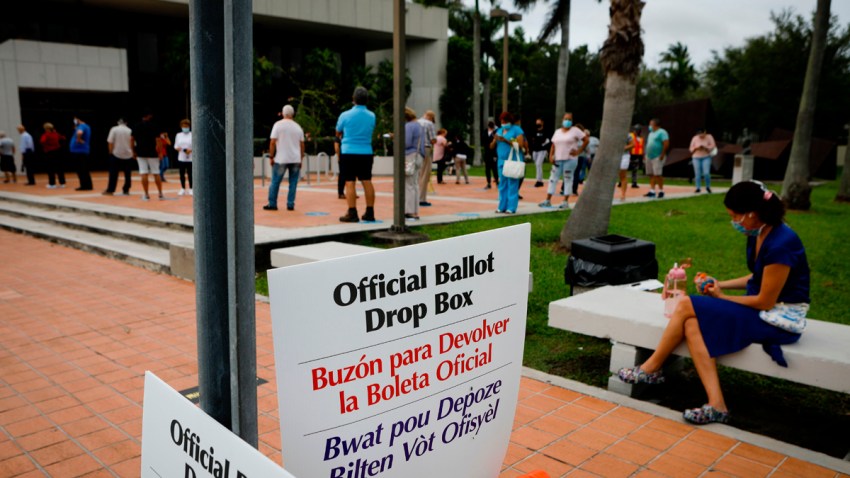 The following Oct. 22 debate in Nashville, Tennessee, which will remain as a standup traditional debate, is still expected to occur.

The Oct. 15 debate was initially thrown into uncertainty as the rival camps offered dueling proposals for the remaining faceoffs that have been upended by the president’s coronavirus infection.

The cancelation follows an announcement from the commission that the town hall-style affair set for Oct. 15 in Miami would be held virtually. The commission cited health concerns following Trump’s infection as the reason for the change.

Trump, who is eager to return to the campaign trail despite uncertainty about his health, said he wouldn’t participate if the debate wasn’t in person. Biden's campaign then suggested the event be delayed a week until Oct. 22, which is when the third and final debate was already scheduled.