The California Medical Association and its legislative allies in Sacramento have triggered a state audit of a regulatory agency that, they say, is too cozy with independent practitioners in the lucrative physical therapy trade.

On April 23, the Assembly's Joint Legislative Audit Committee voted 12-2 in favor of a five-month examination of the Physical Therapy Board of California, the watchdog agency responsible for overseeing "PT" clinics and practitioners across the state.

Senate Filibuster's Racist Past Fuels Arguments for Its End 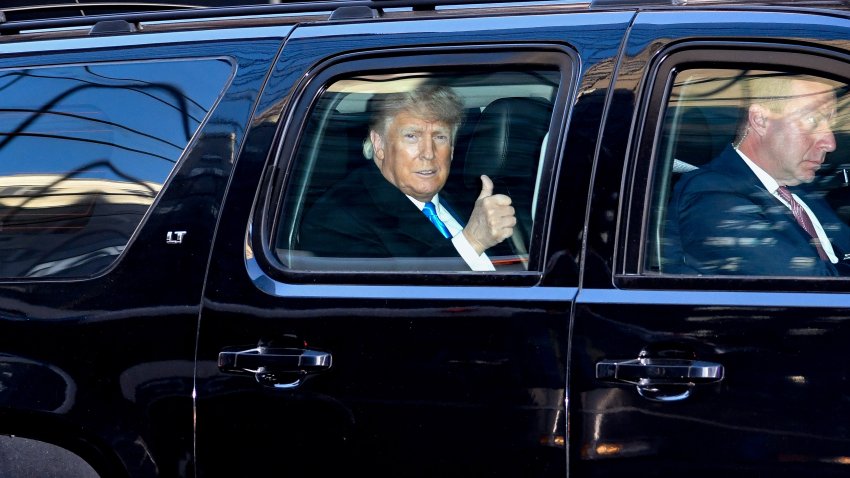 California Assemblywoman Mary Hayashi, chief sponsor of the measure and recipient of large political contributions from the CMA and other medical associations, claimed in a letter to the Committee that the Board “has begun to serve as an advocate of private practice physical therapists.”

What she was referring to is the vast majority of physical therapists who work for themselves as independent contractors.

State law has long made them the only legal PT practitioners in California, said Dr. Michael Weinper, a physical therapist.

For nearly a year, they've been locked in a bitter legislative battle with Hayashi and medical lobbyists who want to change the law to allow therapists to work for doctor-owned medical corporations, as many of them do already -- illegally.

The Physical Therapy Board has been caught in the middle, damned by Hayashi's camp for enforcing the law against illegal workers, and damned by independent therapists for not enforcing it rigorously enough.

Hayashi was particularly critical in her letter of Steven Hartzell, who retired recently as head of the Board.

Without elaboration, she complained that "preliminary investigations" indicate that "a substantial amount of public funds" have been spent on travel and other expenses to allow Hartzell "to participate in industry sponsored events in direct conflict with the Board's mission."

Lobbyist Barry Broad, who represents a CMA ally, the California Podiatric Association, claimed in an email several weeks ago that Hartzell is simply a "pimp" for independent therapists and their lobbyists.

Hayashi's audit proposal comes just months after she failed to secure legislative approval for a bill that would have accomplished her long-term objective by authorizing medical corporations to hire their own therapists, thus enabling them not only to diagnose patients but also to refer them to their own for-profit clinics without having to share them with anyone else.

Lobbyists for a group of independent therapists warned that this would give such corporations license to take two bites of the insurance/Medicare apple, and would force independents out of business.

Paul Gaspar, an outspoken advocate of independent PT practice, said Hayashi's audit is simply her way of recouping what she lost last time round -- an attempt to intimidate the Board into non-action against therapists working illegally for incorporated medical groups.

He also accused Hayashi of pursuing an expensive "fishing expedition" into the Board's affairs that could cost taxpayers $188,000 in audit expenses.

"Only problem is," he added, "she's not going to catch any fish."

In fact, Hartzell has won praise from the Department of Consumer Affairs, the Board's supervisory agency. On August 3, DCA Director Brian Stigers described him as “one of the very best director’s under the DCA.”

“I have responded to Ms. Hayashi’s false accusations of misconduct previously during committee hearings of both the Senate and Assembly,” Hartzell told NBC 4. “My service was always consistent with the mission of the agencies for which I worked and focused on serving the citizens of California.”

According to Gaspar, Hartzell and the Board are being falsely accused simply for political purposes. “Hayashi may know they are clean,” he said, “but (she) may be trying to tie up their law enforcement resources with an audit that is an outrage and a betrayal of public protection.”

As Hayashi makes clear in her own letter, she sees the audit in quite different terms, as a means of determining whether the Board has been leaning on certain therapists simply because of their political views.

DCA chief Stiger has praised the Board for “being patient and reasonable in their approach to this [enforcement] issue,”

To some outside observers, all this may seem like a parochial tempest in a teapot with little broader significance. But, as it turns out, both sides have one thing in common, a belief that great issues are at stake.

The physical therapy industry is an enormously profitable corner of the medical profession, and Hayashi and her supporters say it is too important to public health to be allowed to operate haphazardly without the centralized coordination and control that, they say, can only be provided by medical corporations.

But independent therapists like Gaspar see Hayashi's initiatives as the opening round in a power play designed to give medical corporations ever expanding control of medical services throughout the state.

"She is the author of a bill to legalize an inherent conflict of interest," he said.

For Hayashi, the principal question, as she explains it in her letter, is simply this: "Has the Board's relationship and interaction with organizations in the physical therapy profession complied with conflict of interest laws, rules and regulations?"