Washington Braces for Intense Opening to a Pivotal Year

The focus shifts to Washington on Wednesday, where Congress is set to certify Biden's victory in the Electoral College

The opening week of the new year will be dominated by a collision of events that will test America's commitment to democracy, shape President-elect Joe Biden's incoming administration and determine the future of the Republican Party.

It begins on Tuesday with two runoff elections in Georgia that will decide control of the Senate. Biden's ability to easily set up his Cabinet and enact a legislative agenda hinges on Democrats capturing both seats.

The focus shifts to Washington on Wednesday, where Congress is set to certify Biden's victory in the Electoral College. The typically procedural afterthought is now a battle as some Republicans, eager to satisfy President Donald Trump's most loyal supporters, say they won't certify the results of a free and fair election. Others in the GOP are warning that such moves are destructive.

In an 81-13 vote, the Senate joined the House in overriding President Donald Trump’s veto of the National Defense Authorization Act. This marks the first Congressional veto override for Trump.

Trump, who spent part of the weekend pleading with Georgia's election chiefto overturn Biden's win there, has suggested he may make some type of appearance at demonstrations expected in Washington on Wednesday. Some of the protesters who have indicated they will be in the city have ties to white supremacy.

Even in a capital that has become somewhat accustomed to the chaos of the Trump era, the tension heading into this week is particularly acute. The repercussions could be long-lasting, influencing the course of Biden's administration and ultimately the American resolve to peacefully transfer power from one party to another.

“We will be reading about this in history books for decades,” said Democratic strategist Andrew Feldman who works with labor and progressive organizations. “Anyone who thought that Trump would cede control of the Republican Party post-an election loss is just dead wrong. This is still very much, and I think will continue to be, Trump’s GOP.”

Biden spent the weekend at his vacation house on the Delaware coast and has largely shrugged off concerns about the coming week. He plans to announce additional Cabinet picks soon in a sign that he's preparing to assume the presidency on Jan. 20.

Sen. Josh Hawley's announcement that he would object to the certification of some states' Electoral College results on Jan. 6 sets up the day as a test of Republican loyalty to President Trump. NBCLX's political reporter Noah Pransky explains why a last-minute protest by some House Republicans will make good TV drama, but won't overturn the presidential results.

But the holiday weekend demonstrated some of the challenges ahead.

In a sign of the hostility coursing through American politics, vandals targeted the homes of congressional leaders from both parties. Republican Senate Majority Leader Mitch McConnell’s door in Kentucky was spray painted with derogatory phrases while someone left graffiti, a pig’s head and fake blood at the San Francisco home of Democratic House Speaker Nancy Pelosi.

And Trump's Saturday conversation with Georgia Secretary of State Brad Raffensperger, a fellow Republican, was an unprecedented effort by a sitting president to pressure a state official to reverse the outcome of an election. Trump pressed Raffensberger to “find” enough votes for him to win.

The Associated Press obtained the full audio of Trump’s conversation with Georgia officials from a person on the call. The AP has a policy of not amplifying disinformation and unproven allegations. The AP will be posting the full audio as it annotates a transcript with fact check material.

President-elect Joe Biden condemned the massive security breaches against American businesses and government agencies and pledged to make cybersecurity a priority in his first 100 days as president.

Raffensberger rebuffed Trump's request and Biden's victory in Georgia — and other states that propelled him to victory — is not in doubt.

There was no widespread fraud in the election, which a range of election officials across the country, as well as Trump’s former attorney general, William Barr, have confirmed. Republican governors in Arizona and Georgia, key battleground states crucial to Biden’s victory, have vouched for the integrity of the elections in their states. Nearly all the legal challenges from Trump and his allies have been dismissed by judges, including two tossed by the Supreme Court, where three Trump-nominated justices preside.

Yet following the president's lead, Texas Sen. Ted Cruz announced a coalition of 11 senators and senators-elect who will join an effort to attempt to subvert American voters during Electoral College certification, joining House Republicans who have already pledged similar.

Wednesday's congressional count is the final step in reaffirming Biden’s win, after the Electoral College officially elected him 306-232 last month. That's the same margin Trump won by in 2016. 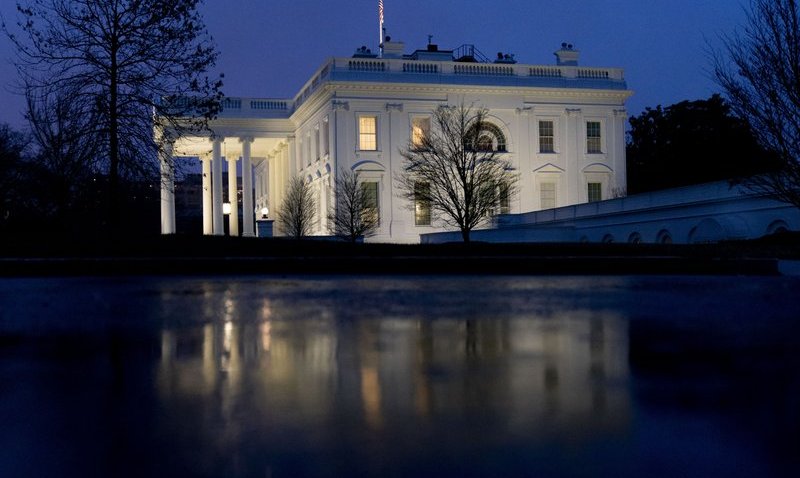 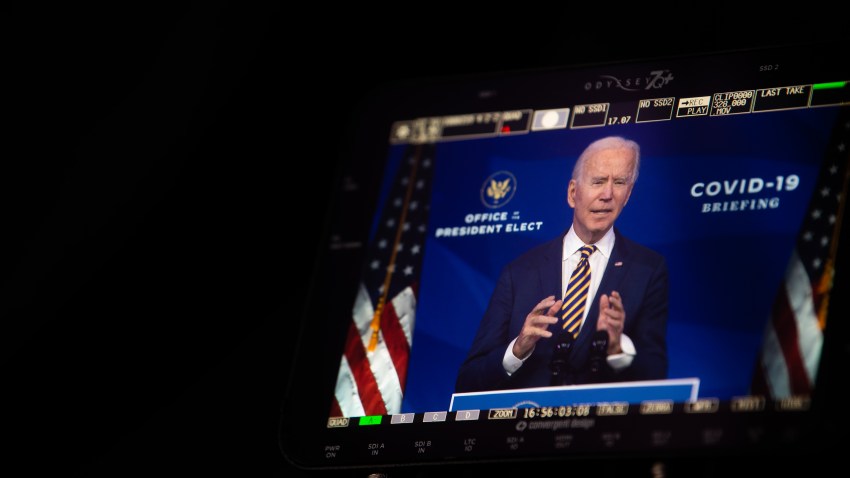 The constitutionally required meeting is normally a formality. Yet Cruz and the other Republicans, some of whom have their own White House ambitions, say they’ll vote against certain state electors unless Congress appoints a commission to immediately audit the election results.

Republicans won't succeed in blocking the results. Challenges would have to be passed by the full Senate and Democrat-controlled House. But simply pledging to do so shows there are few boundaries for prominent Republicans aiming to demonstrate loyalty to Trump.

The last-ditch effort could impress Trump’s base, a boost for Cruz and other Republicans thought to be preparing 2024 presidential runs. It's also provoking a heated battle within the GOP.

Utah Sen. Mitt Romney, the Republican presidential nominee in 2012 who has broken with his party before, called the tactic an “egregious ploy” that “may enhance the political ambition of some, but dangerously threatens our Democratic Republic.” Pennsylvania Republican Sen. Pat Toomey, who is retiring, called out Cruz by name and said the Texan and other fellow Republican senators were undermining “a fundamental, defining feature” of American democracy. Sen. Tom Cotton, an Arkansas Republican, said he opposed the idea of Congress overturning the results of the Electoral College and thus exceeding its power and establishing “unwise precedents.”

The moment is especially awkward for Vice President Mike Pence. In his role as president of the Senate, he presides over Wednesday's proceedings and will ultimately declare Biden's victory.

Previous vice presidents, including Richard Nixon and Al Gore, have played similar roles after tough presidential campaigns. But Pence, who may seek the White House in 2024, is seeking to avoid angering Trump and his base. He signaled support for the GOP's certification challenge over the weekend.

GOP strategist Joe Brettell said that while challenging Electoral College certification will ultimately fail, it could serve to energize the Republican base in Georgia ahead of Tuesday's elections.

But "there has been, over and over, calculation by far right and tea party-elected folks that they can somehow control or bring the base within their grasp” only to see such efforts take on lives of their own, he said.

The relief package now heads to President Donald Trump for his signature. The bill would provide $600 payments to many Americans.

“It has very real implications for the perception and execution of our elections for years to come and I think that is the real danger,” Brettell said. “The stated objective of our foreign enemies — which is to undermine our elections and our system of government — are being carried out here, whether intentionally or not.”

Still, the dynamics create a tough balancing act for Biden who has sought to project clam and leadership while calling for bipartisan reconciliation. He also doesn't want to fuel Republican efforts to block the election's results by calling more attention to them.

“The big question is whether this the last gasp of the Trump era or whether this a microcosm of things to come for the next year and for the foreseeable future, and I think it’s probably the latter,” said Adam Jentleson a Democratic strategist whose book “Kill Switch: The Rise of the Modern Senate” comes out this month.

“The challenge for Biden is he wants to be a healer, but you can’t be healer if the patient doesn’t want to be healed,” Jentleson added. “There’s only so much he can do before his efforts start to look delusional.”