Paul George and Kawhi Leonard combined for 59 points as the LA Clippers defeated the Los Angeles Lakers, 116-109, inside an empty Staples Center on Tuesday night.

This was the Western Conference Finals matchup we never got.

Just over two months ago, the Los Angeles Lakers were relaxing inside the Gran Destino Tower at Walt Disney World anxiously awaiting their opponent in the Western Conference Finals.

After dispatching of the Houston Rockets in five games, all of the Lakers expected a highly anticipated matchup with their rivals the LA Clippers. The two teams share an arena, their locker rooms are adjacent to each other inside Staples Center, and they both sport two of the top superstars in the league on their roster. The Clippers were ahead in their series with the Denver Nuggets, 3-1. An all-LA Western Conference Finals seemed inevitable.

But instead, the Clippers collapsed. Losing three consecutive games that they held 20-plus point leads in. After the season they parted ways with longtime head coach Doc Rivers and replaced him with Tyronn Lue.

Maybe all the Clippers needed was a coaching change.

Paul George and Kawhi Leonard combined for 59 points, as the Clippers kicked off their campaign with a 116-109 victory over the Lakers on Tuesday night inside an empty Staples Center.

"It was a good win. A great business win for us," said Lue. "Anytime you win it's great. To come out, Game 1, my first time coaching this team, and to come out against a great team like the Lakers and get a win, it feels great."

Fresh off signing a four-year, $190 million contract extension, George had a game-high 33 points and four three-pointers to keep the Clippers in front from start to finish.

"I was just trying to be assertive and aggressive," said George. "My job is to go out there and produce and play my hardest."

"He just had a terrific night," said Lakers' head coach Frank Vogel of George. "A lot of it was in one-on-one situations and he got hot, by the time we adjusted it was too late."

Leonard finished with 26 points. Serge Ibaka made his Clippers debut and finished with 12 points. Patrick Beverly had 10 and Ivica Zubac had 11 off the bench.

The Clippers are expected to be the Lakers biggest competition in the Western Conference this season as the 17-time NBA Champions look to repeat and win back-to-back titles for the first time since 2009 and 2010 when Kobe Bryant and Pau Gasol helped lead the Lakers to two titles in two years.

The Clippers are looking to win their first championship in franchise history in 2021.

LeBron James led the Lakers with a pedestrian 22 points as he kicked off his 18th season in the NBA.

Despite finishing a perfect 4-0 in the preseason, the Lakers struggled once the games officially counted. The Lakers trailed by 22 points at the end of the first quarter, scoring just 19 points in the first frame.

"They came out really hot," said Vogel. "We had some good lucks that weren't going down and we turned the ball over too many times during that stretch."

Los Angeles chipped away at the lead in the second quarter, outscoring the Clippers 35-17 to cut the lead to 56-54 at the end of the first half.

However, the Lakers started the second half sluggish and never were able to complete the comeback. Part of the reason was the Lakers 19 turnovers. The other reason was the team's interior defense, which was outscored 50-38 in the paint.

The Lakers let defensive anchor Dwight Howard leave in the offseason, and traded center JaVale McGee to the Cleveland Cavaliers. Both players were key to the Lakers interior defense in 2019-20.

Anthony Davis, runner-up for the NBA Defensive Player of the Year Award last season, finished with just 18 points and seven rebounds. He had no blocks.

Dennis Schroder had a double-double in his Lakers debut with 14 points and 12 rebounds. However, he was a -10 when he was on the court.

Montrezl Harrell also had a double-double in his Lakers debut facing his former team, finishing with 17 points and 10 rebounds.

"Those guys are going to be big time players for us this year," Vogel said of Schroder and Harrell. "Dennis is a dynamic player and he almost had a triple-double. Montrezl does all the dirty work. Both of them are winning players."

Veterans Wesley Matthews and Marc Gasol were awful in their Laker debuts, combing for zero points in 23 minutes.

"They're going to be fine," Vogel said of his veterans. "We weren't sharp enough covering for him [Gasol]. I'm disappointed I didn't put the ball in his hands more. That's part of learning new players and getting them comfortable and acclimated."

Kyle Kuzma had 15 points off the bench in the loss.

Before the game, the Lakers received their 2019-20 NBA Championship rings in a socially distanced and virtual pregame ceremony.

Many believed that the Lakers unusually long delay before the game was the cause for the team to come out flat, but Vogel said all the credit goes to the Clippers, not the emotional ring ceremony that featured pre-recorded videos from the players' families that came as a complete surprise.

"I'll never forget that. That was a really great moment. It was a surprise and I certainly got a little choked up," said Vogel of seeing his wife and two daughters on the videoboard inside Staples Center presenting him with his championship ring. "We didn't play well in the first quarter, but I don't know if that had anything to do with the ring ceremony. The game comes quick and you have to get focused. I think our guys were even though we didn't play very well in the first quarter." 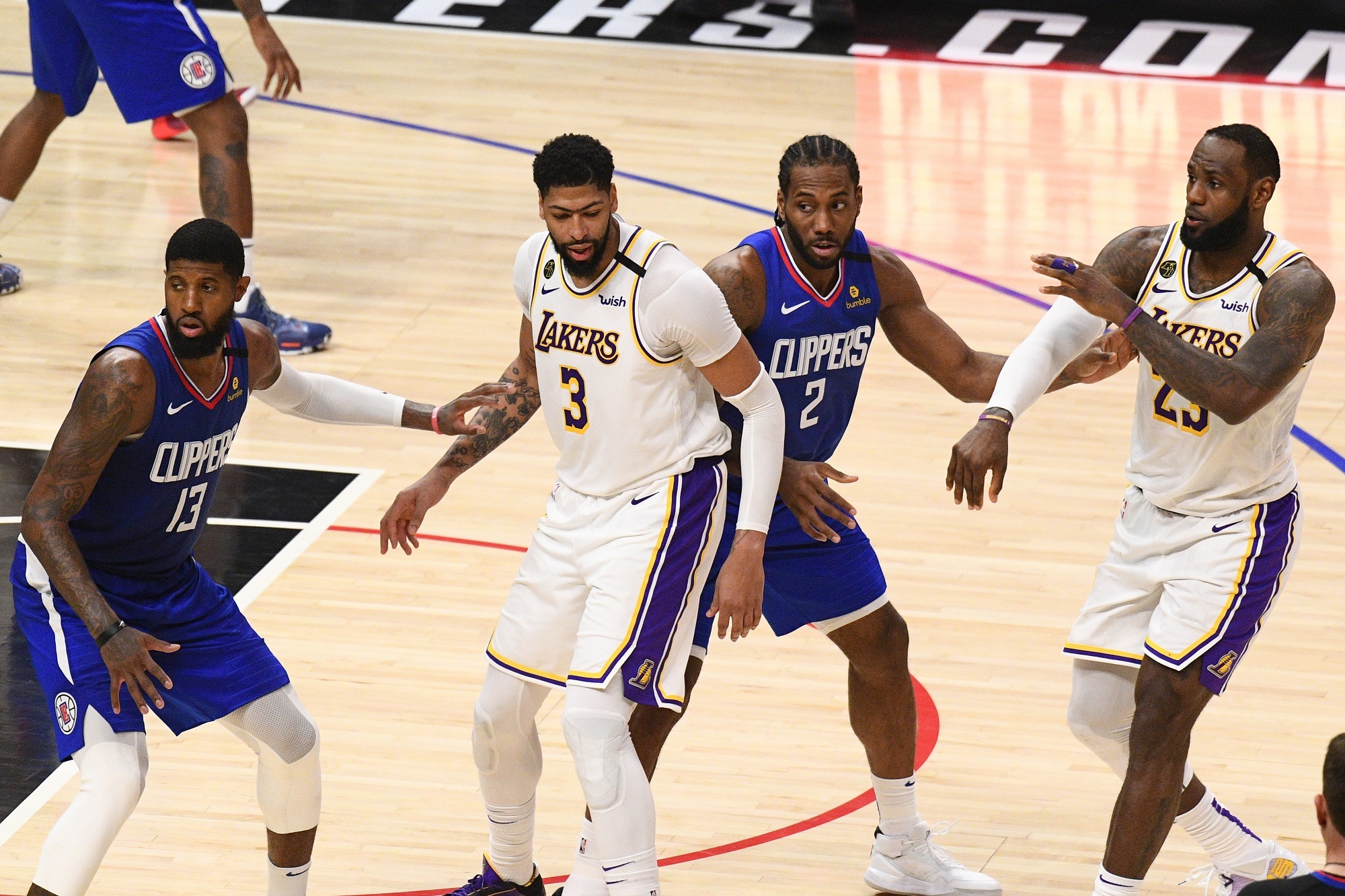 Here's Your First Look at the Lakers New Championship Rings