This trophy is the first national college football award based on the West Coast.

The Lott IMPACT Trophy, awarded to college football's defensive player of the year based on character and performance, will be presented Sunday in Newport Beach.

Brown, Fuller and Weaver are seniors while Simmons is a junior.

The Lott IMPACT Trophy is the only college football award to equally recognize athletic performance and the player's personal character attributes.

It is the first national college football award based on the West Coast. It has been presented annually since 2004. Past recipients include J.J. Watt and Manti Te'o. 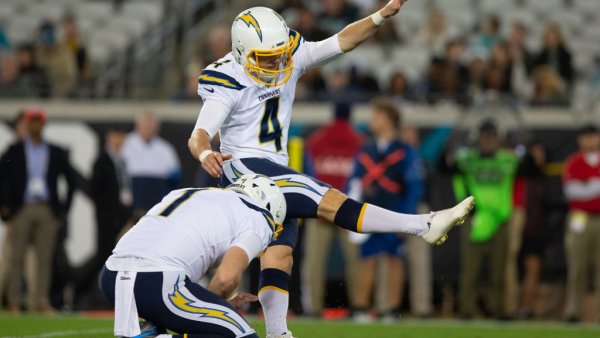 IMPACT is an acronym for integrity, maturity, performance, academics, community and tenacity. The traits are based on the attributes of the award's namesake, Ronnie Lott.

Lott played safety for USC from 1977-80 and for four NFL teams from 1981-1995. He was selected to both the college and professional football halls of fame.

The general scholarship fund of the winner's university will receive a $25,000 donation, while the other three finalists' schools will each receive $5,000 from the IMPACT Foundation, which recognizes and supports national and local charities serving youths.

The ceremony at The Pacific Club will be streamed on the trophy's website, which can be accessed by clicking here, beginning at 7 p.m.