The Dodgers broke a lot of records in their blowout of the Braves in Game 3.

It was only a matter of time.

Before the seventh inning of Game 2 of the NLCS the Los Angeles Dodgers had gone 10 innings without scoring a run.

Then a sleeping giant was awakened.

Corey Seager hit a three-run homer, and the Dodgers scored four more runs in the bottom of the ninth to nearly pull off a miraculous comeback.

Despite losing the game 8-7, and dropping the first two games of the series, there were enough encouraging signs that something had changed in the Dodgers' dugout. You could see it in their body language and in their words after the game. They had gotten their confidence back and finally found the swagger that made them the best team in baseball during the regular season.

That momentum carried over into Game 3 on Wednesday. Finally facing a pitcher not named Max Fried or Ian Anderson, the Dodgers offense erupted.

The Dodgers scored 11 runs in the first inning, the most in a single inning in postseason history, as they obliterated the Atlanta Braves, 15-3, to win their first game of the best-of-seven series.

"We felt a lot better after yesterday in general," admitted Seager. "We rode that momentum through the first couple innings today and kept having good at-bats throughout the game."

The Braves sent starting pitcher Kyle Wright to the mound in Game 3, with an opportunity to put a stranglehold on the series, instead it was a one-sided slugfest for the record books.

Wright surrendered seven of those 11 runs and did not make it out of the first inning. The history-making first frame saw Joc Pederson, and Edwin Rios hit back-to-back homers before Max Muncy put the punctuation mark on it with a soul-crushing grand slam.

That was it. That's all she wrote.

"Our whole goal today was to carry over the momentum from last night," said Muncy. "We know who we are over here. We're a really good team. We lost our footing in those first two games, but tonight we showed what we can do."

In the 1981 World Series the Dodgers trailed the New York Yankees 0-2 after two games. In Game 3, they started a young Mexican left-hander named Fernando Valenzuela.

The Dodgers gave Valenzuela a three-run first inning lead and he would do the rest, throwing a complete game in the victory. The Dodgers would go on to win four straight and win the series.

So down two games on Wednesday, the Dodgers once again turned to a young Mexican left-hander with their World Series dreams rested firmly in his hands, hoping that history would repeat itself.

Julio Urias has struggled in the first inning this season. So much so that after allowing 10 runs in 10 first innings he was moved into a bulk role behind an opener late in the season.

Staked to an 11-run lead, Urias just needed to throw strikes in the first inning on Wednesday. Instead, he walked the first two batters he saw and the Braves were looking for a chance to chip away at the lead.

But Cody Bellinger finished off the first inning with a leaping catch into the centerfield wall to end the threat. Minutes later, he would help the Dodgers keep their foot on the gas, leading off the second inning with a solo shot making it an even dozen.

Urias would cruise from there, allowing just one run on three hits with five strikeouts in five innings, earning his third win of the postseason.

"I'm happy," said Urias through a translator after the game. "We needed this win and my teammates were able to put up a lot offense and I'm happy we were able to get the win."

The only run he allowed was a home run to Cristian Pache, the first of the 21-year-old's career. The previously unbeaten Braves lost their first game of the postseason, falling to 7-1.

With precision and patience, the Dodgers dismantled the Braves. All nine starters scored a run by the third inning. Eight of the nine starters recorded at least one hit. The left-handed hitters in the lineup were 11-for-20 with five homers.

Needless to say, the Dodgers didn't just punish the Braves they pummeled them.

The five home runs tied a postseason franchise record. The 15 runs scored shattered the previous franchise record of 13, and when the dust settled the Dodgers had either tied or broken records for runs scored (15), total bases (32), extra-base hits (8) and homers (5) for a nine-inning NLCS game.

"You're just happy for all the guys," said Roberts when asked about all the record his team broke. "The hitting coaches put a lot of work in to prepare them, and for it to play out like that, you just feel the energy and there's a lot of excitement."

By the time the fourth inning rolled around the Braves had waived the white flag and removed Freddie Freeman and Ronald Acuña Jr. from the game.

The Dodgers did the same in the fifth inning, removing Mookie Betts and Corey Seager. Seager fell a triple shy of the cycle.

The Dodgers were the only team in Major League Baseball not to lose three consecutive games this season. They made sure that streak continued on Wednesday. Now, they will hope that Clayton Kershaw can cure his ailing back and be able to make the start in Game 4 with an opportunity to tie the series.

If so, it will be a whole new ballgame.

Game 4 of the NLCS is scheduled for Thursday at 7:08PM PT. 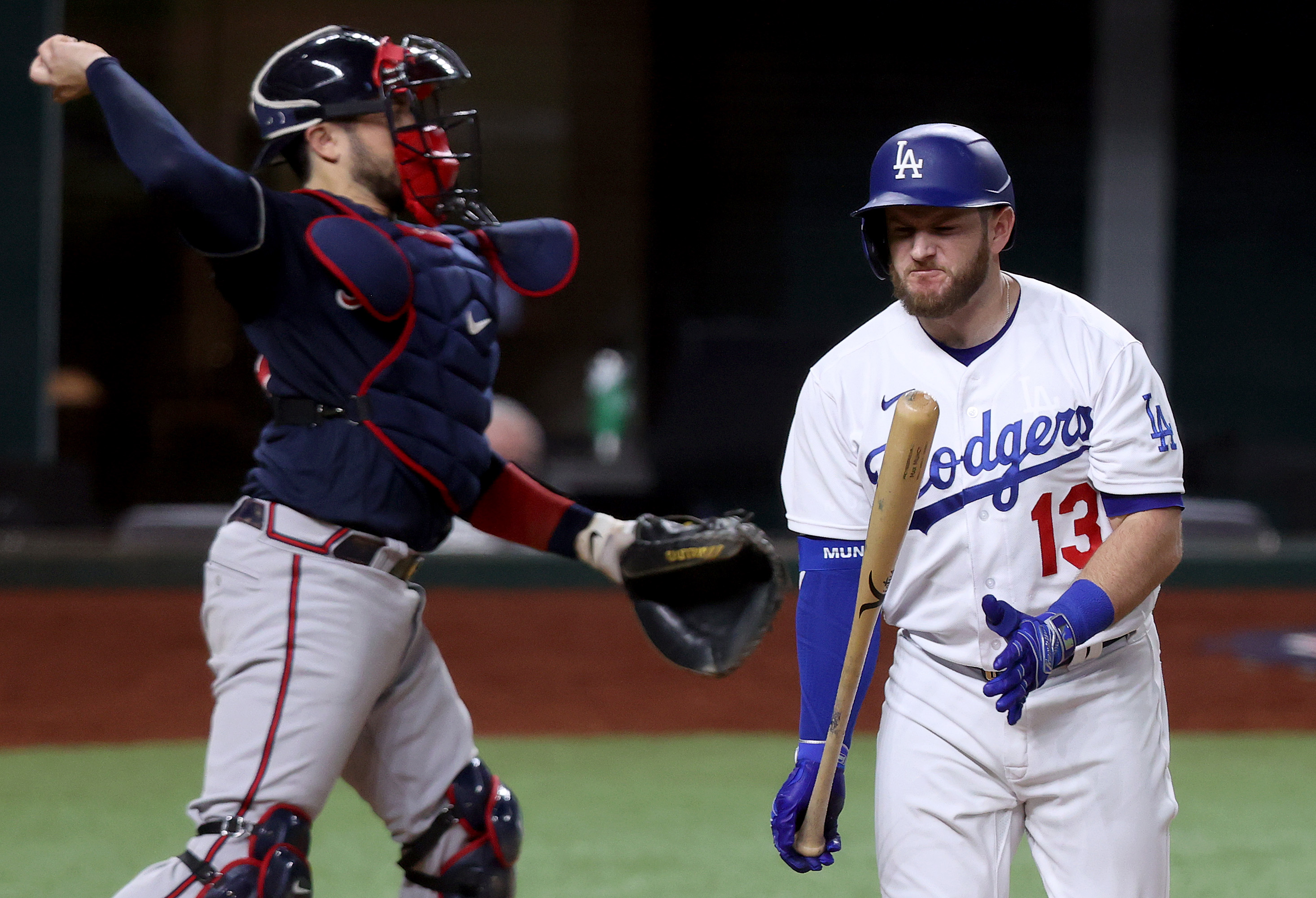 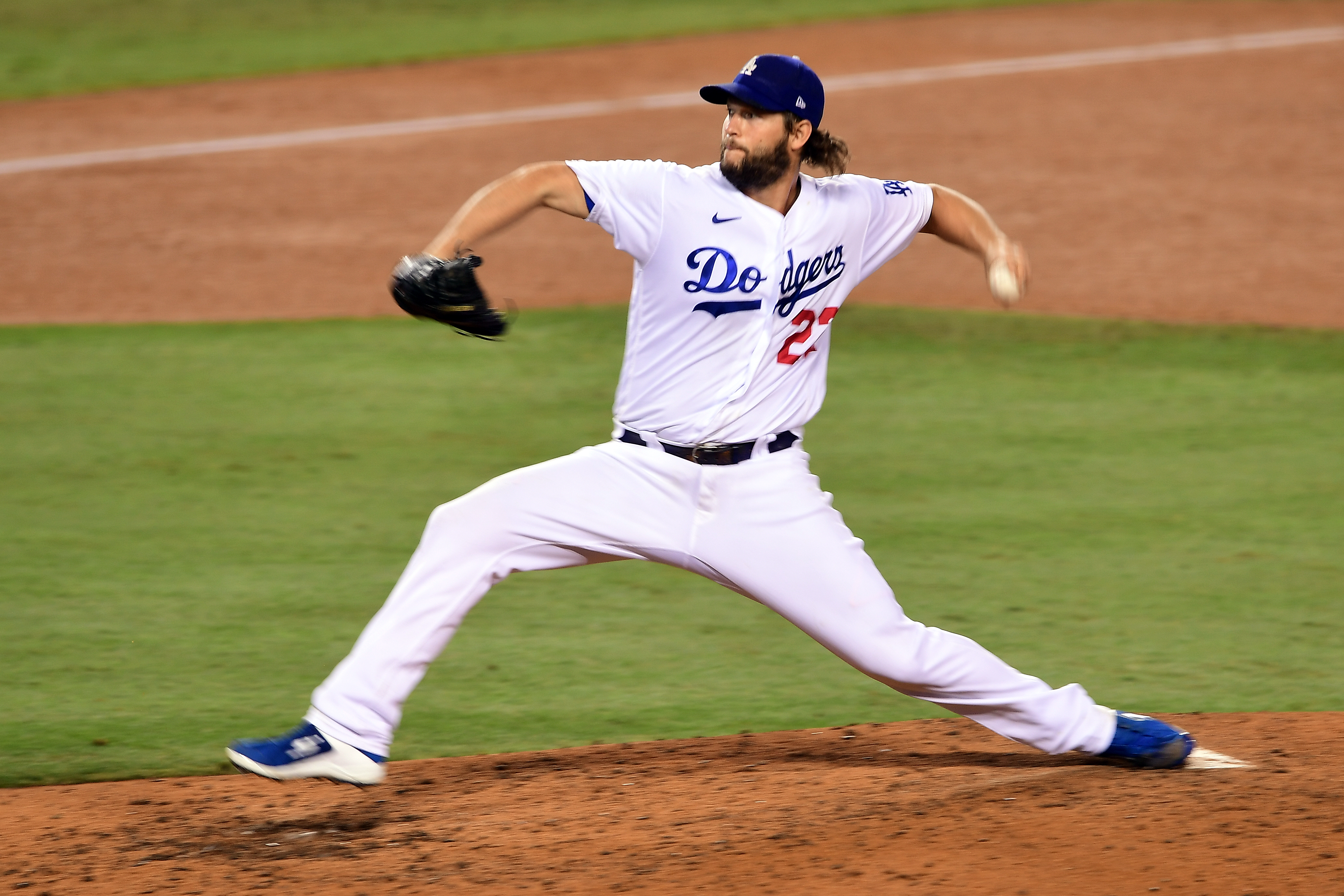 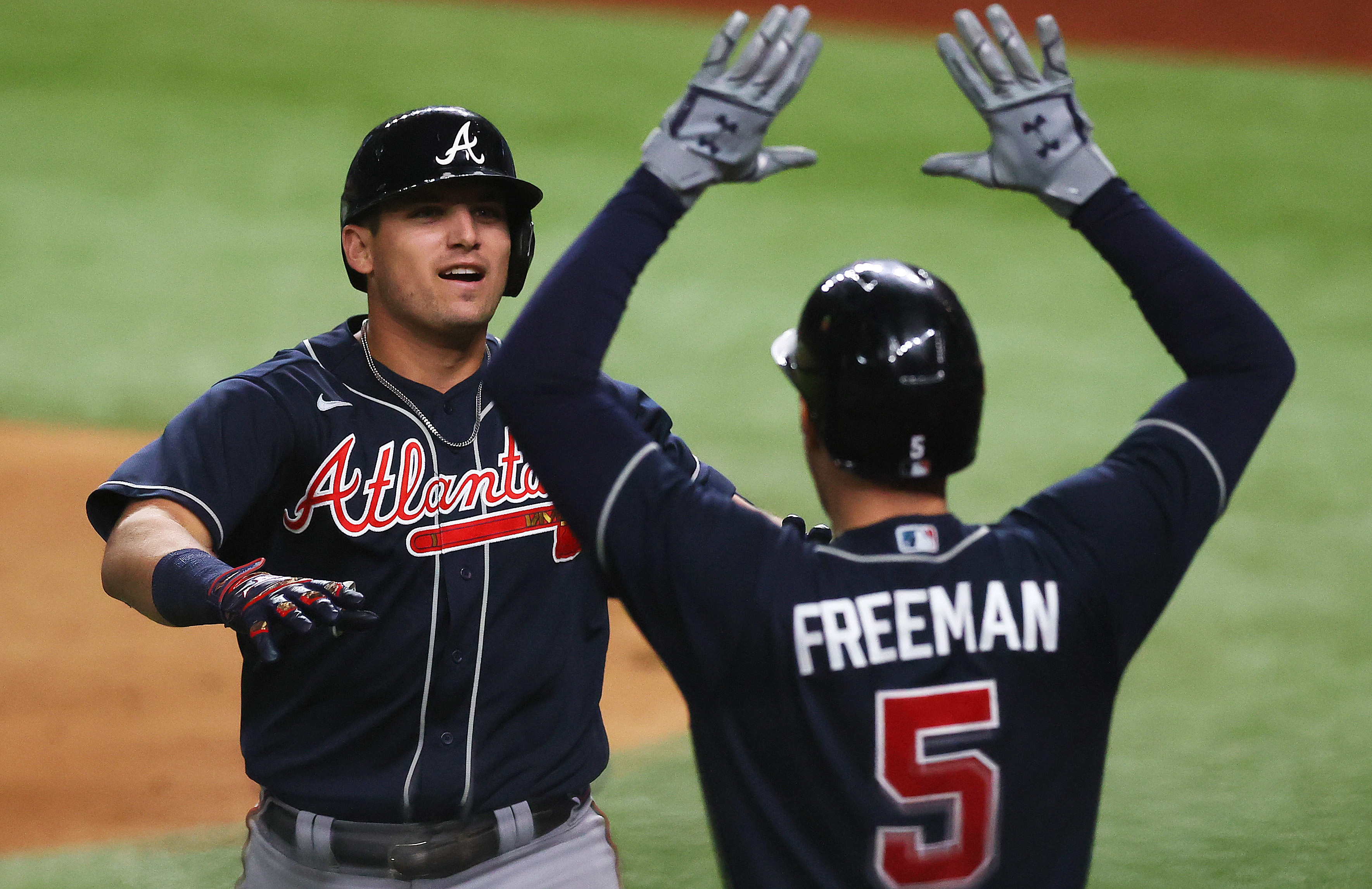