As they opened the roof ahead of Game 4 of the World Series between the Los Angeles Dodgers and Tampa Bay Rays, the faint sounds of screams could be heard in the distance.

The source of the screams came from the nearby Six Flags amusement park that is now open on the weekends during the pandemic. But little did anyone know, those screams would pale in comparison to the screams and cheers that would encompass Globe Life Field later that night.

For those seeking thrills, they needed to look no further than the rollercoaster ride that was Game 4 of the World Series on Saturday.

After three wire-to-wire wins for both teams in Games 1-3, Game 4 was a back-and-forth, bareknuckle fight between two heavyweights that will soon become an instant classic.

Down to their last strike, the Rays won a wild one in walk-off fashion, 8-7, to battle back and even the World Series at 2-2.

With runners on first and second and two outs, Brett Phillips laced a single into center field. The tying run scored from second easily, but after the ball was bobbled, Randy Arozarena rounded third to try and score the game-winning run.

However, Arozarena slipped and fell, a sitting duck that would inevitably be tagged out, sending the game to extra innings.

But not so fast.

Dodgers' catcher Will Smith dropped the relay throw and the ball bounced behind him, allowing Arozarena to get back up and dive towards home plate, winning the game for the Rays.

“I just thought at least it’s a flare,” said a shell-shocked Dodgers' manager Dave Roberts after the game. “And I’m thinking through the 10th inning, and so then it just kind of spun out right there. So I wasn’t really just prepared for a walk-off in that situation.”

"Man, baseball is fun,” Phillips said in his postgame interview with FOX.

One of the he wildest games in World Series history started with a deja vu moment for the Dodgers.

Justin Turner hit another first inning homer. Rays' starter Ryan Yarbrough threw a cutter right over the heart of the plate and Turner made sure it flew high over the open-roof stadium before landing over the wall in center field.

The historic home run was not only Turner's second in the World Series in consecutive days, but it eclipsed Duke Snider for the Dodgers franchise record for most postseason home runs with 12.

Two innings alter, Corey Seager unloaded on a 73 MPH curveball that landed halfway up the seats in left field. It was Seager's eighth home run of the 2020 postseason, extending his lead for the most in Dodgers history.

The Dodgers have now homered in 11 consecutive games and have two or more homers in seven straight games.

Exactly 39 years after Fernando Valenzuela became the first Mexican-born pitcher ever to start a World Series game, Julio Urias became the second to ever toe the rubber donning a Dodgers uniform.

Unfortunately for Urias, Roberts did not want him facing the Rays lineup for a third time, and he was lifted with the lead with two outs in the fifth inning.

Arozarena cut the lead in half, and catapulted himself into the record books with his ninth home run of the 2020 postseason, a new MLB record.

“We’re talking about Randy offensively for really good reasons because he’s done so much damage in the postseason,” said Rays' manager Kevin Cash. “But we’ve seen him show patience. He’s got just a great idea of what pitchers are trying to do to him.”

After an RBI single by Max Muncy got the run back for the Dodgers, Hunter Renfroe hammered a fastball from Urias into the upper deck in left field.

Once again, the Dodgers would get the run back on an RBI double by Enrique Hernandez in the top half of the sixth.

But the lead wouldn't last more than a few minutes as Brandon Lowe sent a 95MPH fastball from Pedro Baez into the Rays' bullpen for a three-run blast that gave Tampa Bay a 5-4 lead.

They say football is a game of inches, but baseball can also come down to the width of a pinky finger.

With runners on second and third and two outs in the top half of the seventh, Rays' manager Kevin Cash opted to intentionally walk Cody Bellinger to load the bases for pinch-hitter Joc Pederson with predictably disastrous results soon to follow.

Pederson roped a line drive off the glove of Lowe for a two-run single and the Dodgers were back on top, 6-5. Replay would show Lowe was an inch away from catching the liner and escaping the inning unscathed.

But Roberts sent Baez back to the mound for the bottom half of the inning and immediately got burned for the decision.

Kevin Kiermaier belted a game-tying homer off Baez into the Dodgers bullpen to level the score at 6-6.

Ironically, in a game with six home runs and 13 runs scored, the game's biggest swing was a bloop single that barely got out of the infield.

Seager continued his historic postseason with an RBI bloop single into center field that scored the go-ahead run, giving the Dodgers a 7-6 lead.

That's when chaos took over. Now the World Series has slipped out of the Dodgers firm grasp.

“It’s tough and you’ve got to digest it. But we have to turn the page,” said Roberts. “We’re going to come in fresh tomorrow. So I think we’re very resilient.”

The walk-off win for the Rays was just the third such victory when a team trailed by two outs in the final inning. The last time it happened was Kirk Gibson's infamous two-run homer in the 1988 World Series. Ironically, the last time the Dodgers won a World Series title.

It's true, Clayton Kershaw will start in Game 5 with a chance to right the ship, but the Rays are ready to throw their three aces the rest of the way.

Buckle up, it's going to be another thrill ride. 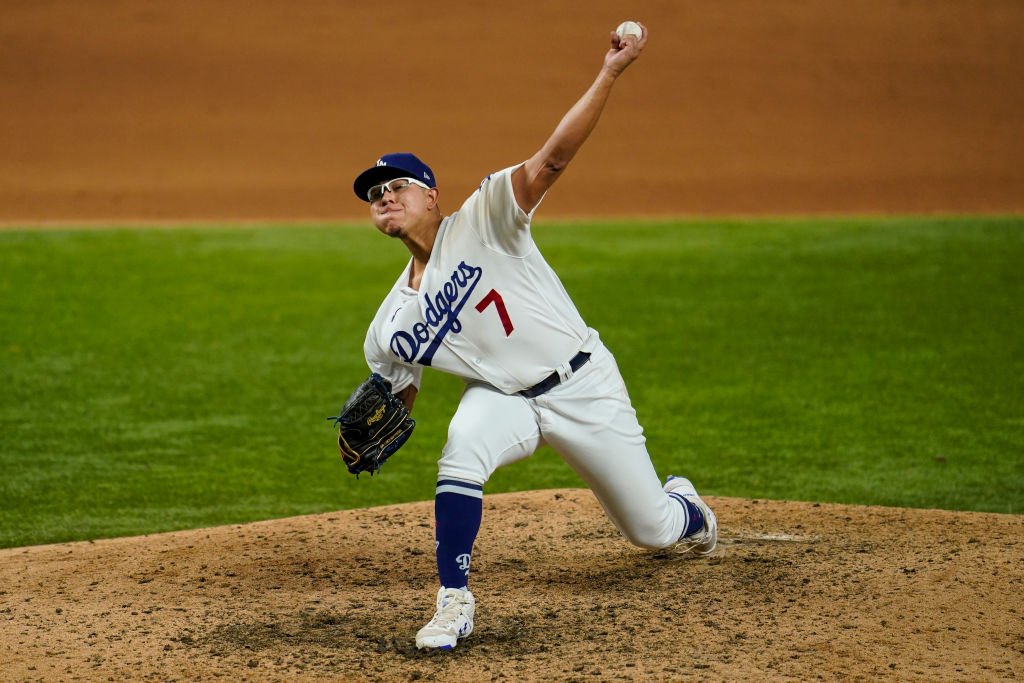 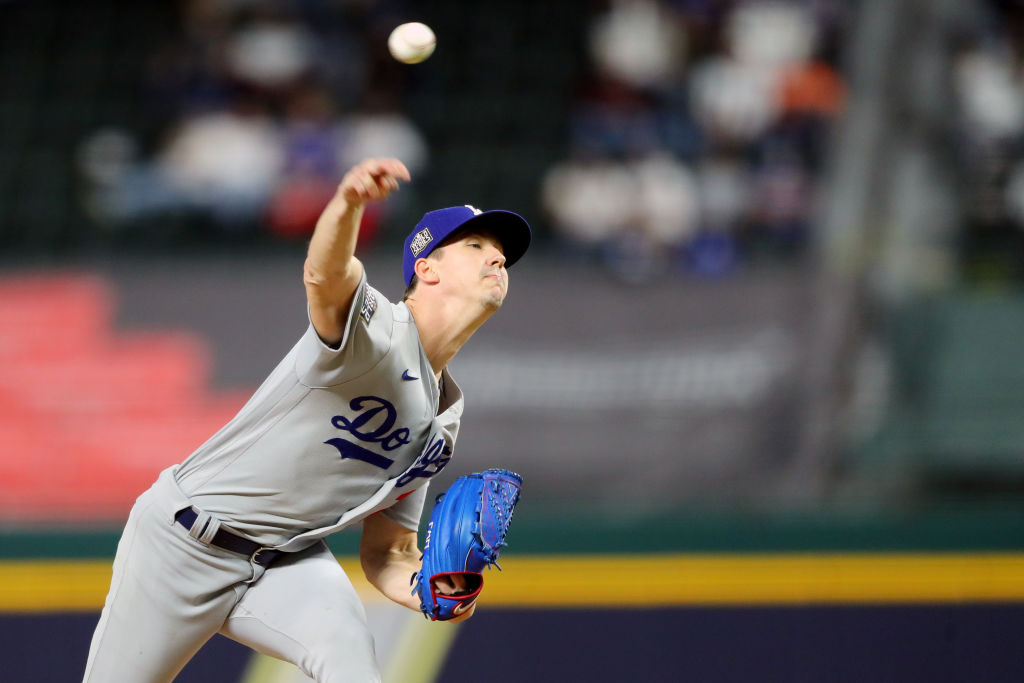 Walker Buehler is Brilliant in Game 3, as Dodgers Defeat Rays, 6-2, to Take Back Control of World Series