Just hours after the team announced they had traded away their most popular and longest tenured teammate, the emotional Dodgers were nearly no-hit by Matt Moore as the San Francisco Giants salvaged their series with Los Angeles, 4-0, on Thursday night at

Just hours after the team announced they had traded away their most popular and longest tenured teammate, the emotional Dodgers were nearly no-hit by Matt Moore as the San Francisco Giants salvaged their series with Los Angeles, 4-0, on Thursday night at Dodger Stadium.

"It's hard to lose a guy like that before the game," said Corey Seager who had the game's only hit. "There might have been some emotions spilling over into the game. It's one of those things that you'd like to put behind you, but it's human nature to miss a guy like that." 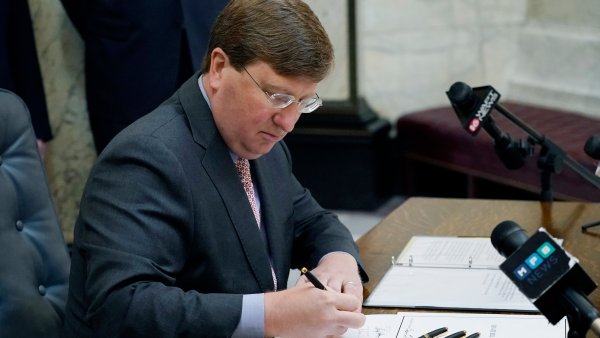 San Francisco acquired the lefty Moore at the MLB trade deadline in order to thwart the rival Los Angeles Dodgers who are last in the league at hitting left-handed pitching.

"They acquired him for a reason and we've had our struggles against left-handed pitching but everyday is a different game," said Dodgers manager Dave Roberts. "I'm sure we're going to see him two more times. If he throws like that, we're going to have our work cut out. We need to make adjustments."

On Thursday, the Giants plan of attack was realized, and boy was it a beauty.

Moore (8-10) was one out away from history when rookie Corey Seager sliced a single to right field to end the no-hit bid with two outs in the ninth inning.

After a pitching change, San Francisco manager Bruce Bochy brought in closer Santiago Casilla who made one-pitch for the final out of the game.

"He was excited to have a chance at it, but he knew he was coming out," Bochy said after the game. "He showed some signs of frustration giving up the hit there, but he pitched his heart out tonight.

Otherwise Moore was absolutely dominant against the Dodgers. Allowing just one hit with three walks and seven strikeouts in 8 and 2/3 innings of fantastic pitching. Moore threw a career-high 133 pitches on the night, the most in the Major Leagues this season.

"He had everything working tonight and saved us from getting swept," Bochy said of Moore's performance. "We had to win today, this game was bigger than any game we've had all year."

Moore's bid for history would have also been a historic moment for the San Francisco Giants organization as they could have set an MLB record for five consecutive seasons with a no hitter (Matt Cain – 2012, Tim Lincecum -2013, Lincecum -2014, Chris Heston -2015).

"Probably the fifth inning or something I realized I hadn't given up a hit," Moore said of when he knew he was chasing history. "I threw one before in the minor leagues in Double-A, but nothing like this. Overall it was a fun day."

The victory salvaged the three-game series as San Francisco chases the Dodgers for first place in the NL West and also was the first win of the season for Moore as a member of the Giants. The 27-year-old is now 1-3 in five starts with the Giants since the trade deadline.

"I'm happy. You never want to get sweeped under any circumstances," Moore added. "No-hitters are a personal milestone and achievement. Just in general to have an opportunity for a complete game, that's what pitchers want. It's going to be a happy flight home."

Ross Stripling (3-5) took the loss, allowing three runs on seven hits in five innings. It was the first time the rookie right-hander faced San Francisco since he threw 7.1 no-hit innings on April 8 at AT&T Park in his MLB debut.

Joe Panik hit a two-run home run off Stripling in the top of the fourth as San Francisco never relinquished the lead after that.

"That swing he took right there was so smooth. You could tell by the trajectory it was going out," Moore said of Panik's homer. "I've only been here three weeks, but the way he's been playing past couple weeks has been very big for our club."

San Francisco now trails the Dodgers by two games in the NL West heading into a three-game series at AT&T Park with the worst team in baseball, the Atlanta Braves.

"He was pitching away from what he was doing in the past and we were not ready for that," Gonzalez said of Moore. "Whether we got a hit in the first or the ninth, we got a hit. We won the series and lost a game that's how we look at it."

The Dodgers have now lost six of their 13 games to the Giants in their head-to-head matchups this season.

Moore's no-hitter would have been just the second no-hitter in the Major Leagues this year following Jake Arrieta who threw a no-hitter against the Cincinnati Reds on April 22nd.

1. Moore is Money: San Francisco Giants starter Matt Moore was just one out away from history before a bloop single by Corey Seager ended his run at baseball immortality. Not only was Moore one-out away from throwing the first no-hitter of his MLB career, but it would have been the first no-hitter by the Giants over the Dodgers in 101 years (Rube Marquard). It would have also given the Giants five no-hitters in five consecutive seasons, breaking an all-time baseball record.

You can’t get any closer to a no-hitter than what @MattyMoe55 did vs. rival Dodgers: https://t.co/PbqoPQgKcc pic.twitter.com/ywFbnHz1BF — MLB (@MLB) August 26, 2016

2. Thank You, A.J. Ellis: It was a bittersweet day for the boys in blue as the organization and the fans said goodbye to catcher A.J. Ellis. Hall of Fame broadcaster Vin Scully announced to the sellout crowd at Dodger Stadium that Ellis had been traded to the Philadelphia Phillies for Carlos Ruiz and fans erupted in boos as they said goodbye to one of the team's most popular players.

3. Sellout: 53,300 fans came out to witness the Dodgers-Giants rivalry firsthand as Dodger Stadium hosted it's fifth sellout crowd of the season on Thursday.

Giants (69-57): San Francisco returns to the comfy confines of AT&T Park where they will open a three-game series with the Atlanta Braves.

Dodgers (70-56): Los Angeles welcomes the best team in baseball in the Chicago Cubs for a three-game weekend series starting on Friday. Bud Norris will start the opener at 7:10 PM ST.