It is not known what causes ALS, and there is no cure for the disease, which attacks the nervous system, weakens the muscles and causes slurred speech.

Eric Stevens has spent his adult life fighting fires and winning games, but now, he's in a fight against a disease that offers more questions and answers--with no clear path to victory.

In college, Stevens was senior captain of the football team at the University of California at Berkeley. He went on to play in the National Football League for the St. Louis Rams, and in 2015, he started his second career: fighting fires with the Los Angeles Fire Department.

"You're helping people, and you're able to give back," Steven says. Asterisk on the NBA Title? Coaches, Players Say Not a Chance 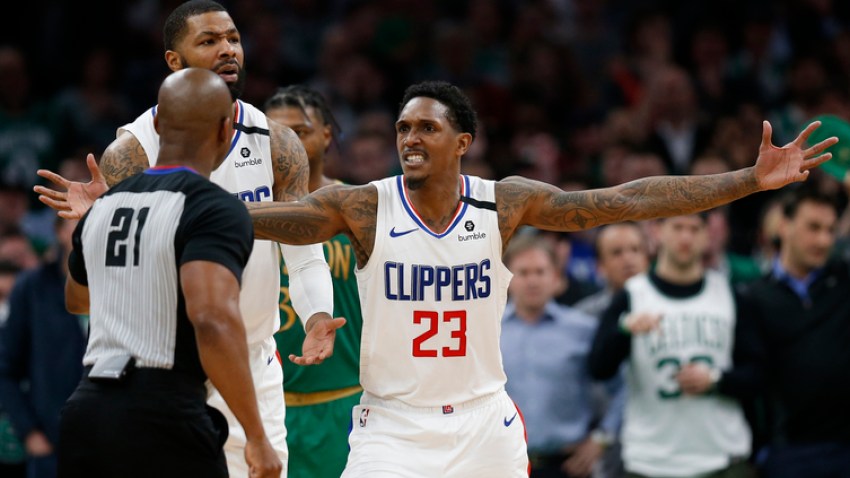 Now, however, Stevens is in the biggest battle of his young life--fighting the rare disease known as ALS.

"You don't want to believe it," Steven says, working hard to keep his emotions in check.

It is not known what causes ALS, and there is no cure for the disease, which attacks the nervous system, weakens the muscles and causes slurred speech.

"I first started noticing a weakness in my left hand," Stevens says.

Eric and Amanda Stevens were college sweethearts. They married in July of this year. Exactly one month later, he was diagnosed with ALS.

She says, "I truly believe everything he's done so far, that he was put here to make a difference, and if this is the way he has to do it, then we're never going to stop fighting."

Part of that fight involves raising awareness, through an Instagram page called TeamStevensNation.

Eric Stevens say he is encouraged by the wildly successful ALS ice bucket challenge of 2014, which raised more than $115 million for research.

"All the tests and clinical trials being done now and giving the people diagnosed now a little bit of hope...because of them," he says.

It's hope he and his family are clinging to as they continue to fight.

Eric Stevens has organized a GoFundMe. If you would like to donate to the GoFundMe, you may do so here. Please note that GoFundMe takes a percentage of all funds raised in the form of platform and other fees.