Is It Too Late to Astropologize? Houston Players Say They're Sorry for Sign-Stealing Scheme

Houston Astros players joined the team's owner and new manager to apologize Thursday for a sign-stealing scheme during the 2017 and 2018 seasons.

Astros players Alex Bregman and Jose Altuve appeared at the team's spring training center to say they're sorry for the scheme that was investigated and punished by Major League Baseball.

"I am really sorry," Bregman said.

"We cannot take back what happened," Crane said.

The league did not punish any players for the cheating and Crane said he stood by that decision.

"We're not going to do anything to the players," he said.

Altuve said there was a full team meeting Wednesday to discuss what happened.

"I am really sorry about the choices that were made by my team, by the organization and by me," said Altuve, adding that the entire Astros team met on Wednesday night to discuss the scandal. "(The) whole Astros organization feels bad about what happened in 2017."

The latest development in the sign-stealing scandal likely won't do much to change the feelings of Dodgers fans and players.

“They cheated and they got away with it,” utilityman Kiké Hernández said in January during the team's annual FanFest outside Dodger Stadium. “I don't think it hurts more now than it did three years ago when we lost the Series.” 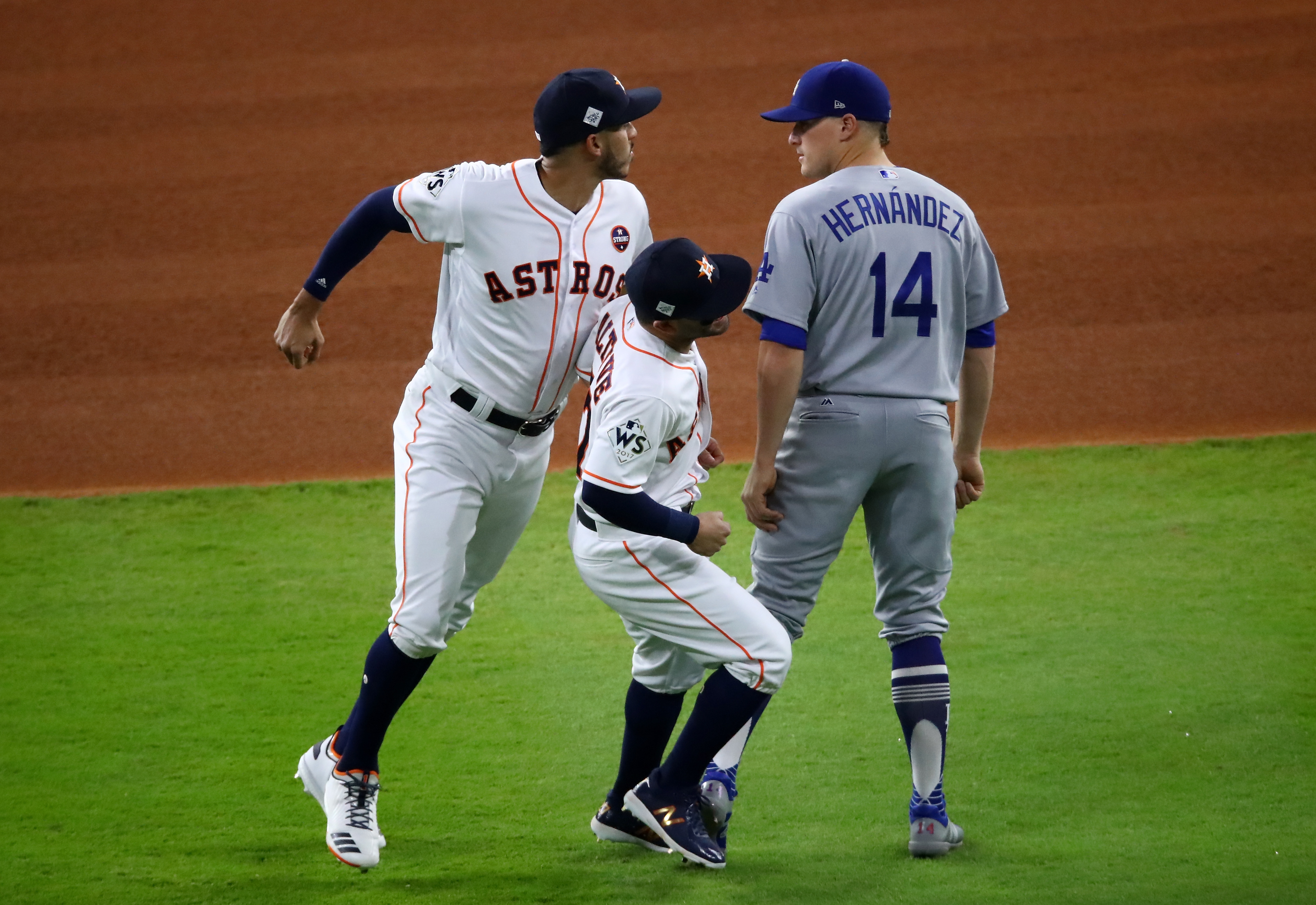 ‘They Cheated and They Got Away With it,' Dodgers Talk Astros Cheating at FanFest

MLB Commissioner Rob Manfred disciplined the Astros after he found the team broke rules by using electronics to steal signs during its run to the 2017 World Series championship and again in the 2018 season. That 2017 title ended with victory and a celebration at Dodger Stadium.

The Astros were fined $5 million, the maximum allowed under major league rulesion, and forfeited their next two first- and second-round amateur draft picks.

The investigation found that the Astros used the video feed from a center field camera to view and decode opposing catcher's signs. Players banged on a trash can to signal to batters what was coming, believing it would improve chances of getting a hit.