The tallest skyscraper in Los Angeles sits directly in the backdrop of Dodger Stadium.

The Wilshire Grand Center stands as a beacon, as the 1,100-foot tower looms large over Los Angeles.

Atop the 73-story building is the logo for Korean Air. Illuminating the city like a light saber to all who see it, a sweeping reminder of how much Korean immigrants and descendants have shaped the City of Angels. 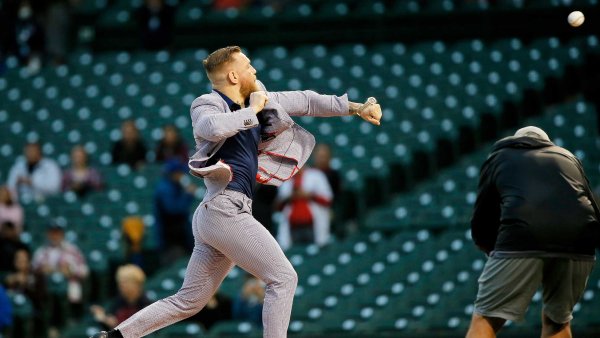 One of those immigrants is Hyun-Jin Ryu.

Ryu threw seven scoreless innings as he outdueled Stephen Strasburg in the Los Angeles Dodgers 4-0 shutout of the Washington Nationals on Saturday night at Dodger Stadium.

"It was definitely an intriguing matchup to go against a guy like Strasburg," Ryu said through a translator. "He's one of the best righties in the league. It definitely helped me focus more. I wanted to do well."

Joc Pederson, Kiké Hernandez and Cody Bellinger each homered to provide all the offense for the boys in blue.

Ryu (3-0) was remarkable against the reining National League East Champions as he allowed just two hits with three walks and eight strikeouts in seven shutout innings.

"Compared to my first game, my command has been better," said Ryu through a translator of why he's been so lights out in his last three starts compared to his struggled in his first start. "It's because of that reason I've been good."

Pederson got the party started with a birthday bash in the bottom of the second inning off Strasburg.

"Maybe it should be my birthday more often," joked Pederson. "I think there's good energy on your birthday and you're in a good mood. Everything is flowing. The crowd was into it, that's for sure."

Entering the game, Pederson was batting below .200 on the season, but he has now recorded a hit in four consecutive Big League starts on his birthday.

Hernandez pinch-hit for Ryu in the bottom of the seventh inning and provided a much-needed insurance run for Los Angeles.

Hernandez hit his third career pinch-hit home run when he crushed a 96MPH fastball from Strasburg into the pavilion seats in left field.

It was Strasburg's 36th career game with 10 or more strikeouts and his first this season.

Kenley Jansen pitched the ninth in a non-save situation as the Nationals were shutout for the first time this season.

Cody Bellinger conjured up memories of Manny Ramirez on April 1, 2010 when he famously hit a grand slam on his bubblehead night into "Mannywood."

"Obviously, it's nice to hit one but to do it on your bobblehead day is a little special," said Bellinger. "It was a great day for us as a team and hopefully we keep it going."

Bellinger blasted his third home run of the season when he sent a two-run shot into the right field pavilion to give the Dodgers a 4-0 lead.

Sunday's game will be nationally televised on ESPN as RHP Jeremy Hellickson starts against LHP Alex Wood who is in search of his first win of the season. First pitch of the series finale is scheduled for 5:08PM PST.