On a night that will be remembered for the Lakers retiring both of Kobe Bryant's numbers, the Warriors won at Staples Center in Overtime

On Monday night, the Los Angeles Lakers lost in overtime, 116-114, to the Golden State Warriors on a night when the NBA and Lakers' family came out to pay tribute to Kobe Bryant, who had both of his numbers retired at halftime of the game.

Bryant sat at center court with his family for the game, as Kevin Durant scored 36 points, grabbed 11 rebounds and handed off eight assists to lead a short-handed Warriors team to its ninth win in a row. Draymond Green, Stephen Curry and Zaza Pachulia all sat out Monday's game.

For the Lakers, Kyle Kuzma led the team with 25 points off the bench, while Julius Randle tabbed a double-double with 15 points and 11 rebounds. Brandon Ingram led the starters with 19 points, and the Lakers had five different players score in double figures on the night.

Lonzo Ball had one of his most comfortable nights at STAPLES Center, as the rookie point guard finished with 16 points on 50 percent shooting, six rebound, six assists, two blocks and one steal.

After the game, the broken record inside the locker room and from the coach's platform pointed to a familiar tune: missed free throws. The Lakers missed 13 foul shots on the night and lost by only two points after an extra five minutes had to be played to separate the two squads.

Ultimately, the game came down to Durant hitting a shot to break a 114-114 deadlock. Rather than call timeout, the Lakers pushed the ball up the court but failed to convert.

Still, Lakers coach Luke Walton did not appear too downtrodden with the defeat because his former teammate had returned for a night and brought NBA royalty and spirit back with him. 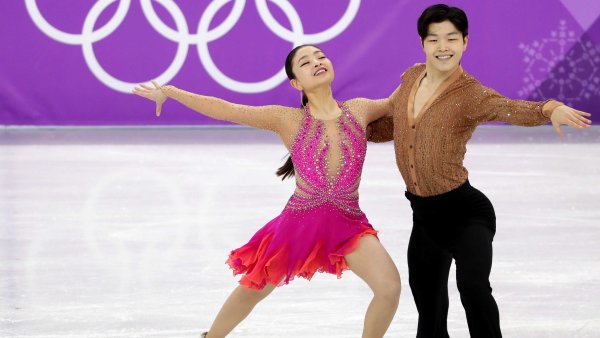 Meet Olympic Skaters Maia and Alex Shibutani Ahead of 2022 Games

EXPLAINER: What Does an Olympic Diplomatic Boycott Achieve?

"It was awesome," Walton said after the game. "The defending World Champs, a home game, a great opportunity for our young players, mix that with basketball legends sprinkled all over the arena, Kobe getting his jerseys retired--take away the final outcome, it was a really good game."

Walton added, "It was a pretty incredible night of basketball."

Incidentally, the Lakers hosted the Warriors fewer than three weeks earlier, and that game also went to overtime, with the visitors winning on that occasion, too. In an odd scheduling quirk, the two teams will meet again on Friday in Oakland.

Notes: Brook Lopez sufferred a right ankle sprain and did not play the second half. X-rays were negative, but the Lakers' starting center is due for an MRI on Tuesday before the team flies to Houston for a game on Wednesday.